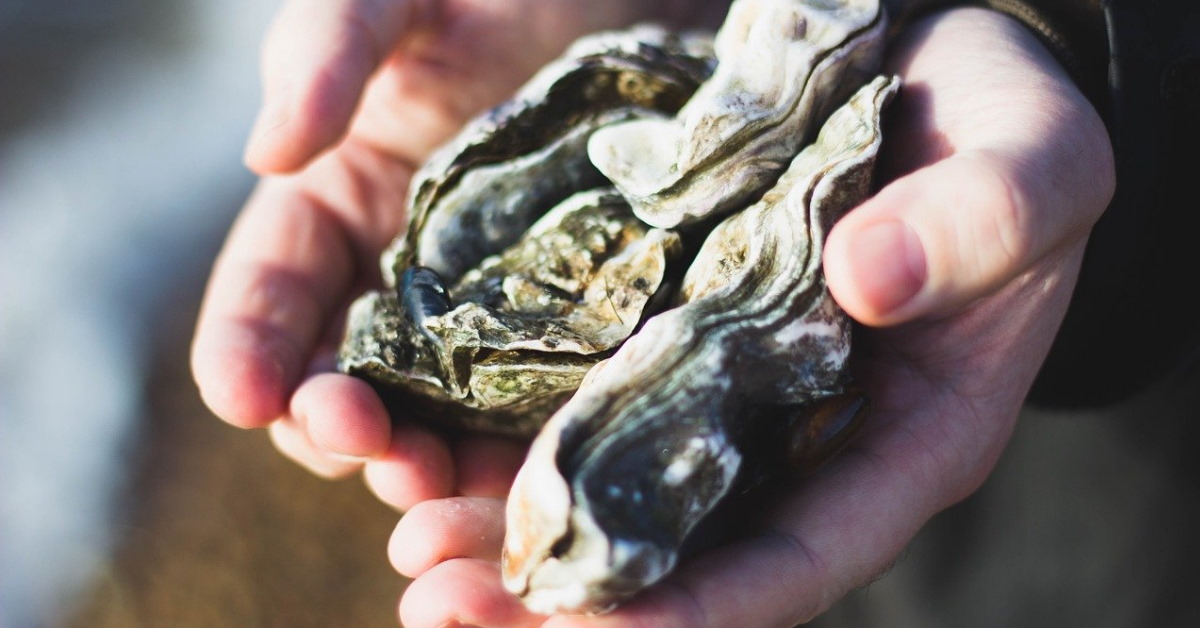 Do you enjoy a meal of oysters on the half-shell at your favourite restaurant or at home? Recycling programs in coastal regions world-wide, including the Vendée, are popping up just about everywhere to ensure the shells are redeployed as a vital natural resource. Oyster shells provide the best material... to rebuild oyster reefs. As an oyster lover, contributing your household shells back to the reefs is probably the most responsible way to recycle them, but it's certainly not the only way in which oyster shells can be re-used.

What is an oyster shell recycling program –

Oyster are a fundamental species for water filtration to maintain estuaries and healthy coastal ecosystems. As a result, oysters are also used to gather information on the overall health of the surrounding ecosystem. Healthy coastlines mean more tourism and water sports, which suggests that oyster reefs provide not only ecological, but also economical and recreational benefits to the environment.

In the recycling circle, we consume oysters, ideally return them to any number of oyster-collection sites announced at points of purchase or village (mairie) websites. From there, they are collected and transported to large recycling areas for washing. This is followed by a minimum of six months of 'curing'. In this process, the oyster shells are exposed to the sun to rid them of bacteria and parasites. The oysters are, in effect, quarantined, occasionally turned by bulldozers. Eventually the shells are either crushed or returned to the ocean.

The oyster shells contain high concentrations of calcium carbonate (CaCO3), making them ideal for the production of natural lime, which is sometimes placed as a first layer for a new oyster bank, but also used as an eco-friendly agricultural supplement to balance acidic ground. The shells also provide the natural habitat oysters need to grow. To reach full maturity, young oysters must attach themselves to a hard substrate — ideally another oyster shell. Without this, the young oyster will quite simply die. Along the Atlantic coastlines of France, oysters are mainly produced through ‘off-bottom culture’ which means the oysters are placed in plastic mesh bags attached to low shore trestles.

The type of oyster-rearing method applied may depend on the environment (tidal range, water depth...) as well as local traditions.  Other methods include suspended culture (on ropes in waters without tides, or offshore, common in Spain); deep-water culture (the oysters grow in groves at a depth of up to ten meters); and less used in modern oyster cultivation bottom culture (oysters are placed directly on the shore or below low water).

Sometimes the shells are placed in tanks with millions of oyster larvae for the baby oysters to mature before being reintroduced into the ocean. Whatever the method may be - and they do differ all across the world, know that each time an oyster is harvested, it means its entire natural habitat is harvested. Not to restore the reefs and create new ones would be devastating in the face of today's ever increasing mass-consumption of the delicacy.

Oyster recycling offers the perfect solution to a growing problem. There are oyster recycling programs (such as the Billion Oyster Project) everywhere now, though studies show that if the transportation distance exceeds 323km oyster recycling no longer benefits the environment.

The better choice is to eat farmed oysters. If you do enjoy  foot fishing, the regulation states you can harvest "5 cm and 60 oysters for a total of under 5 kg" per household. 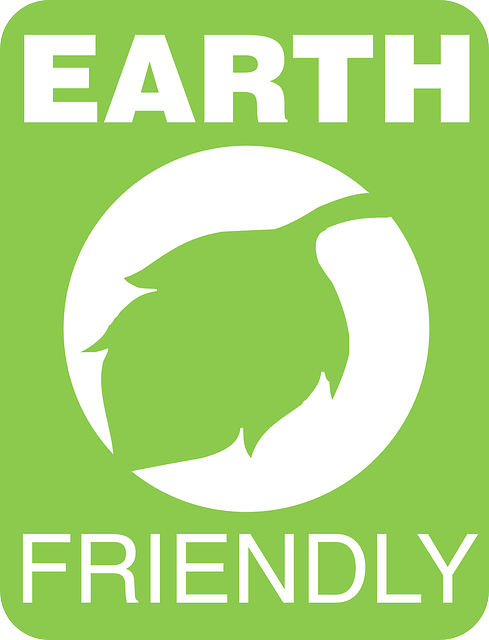 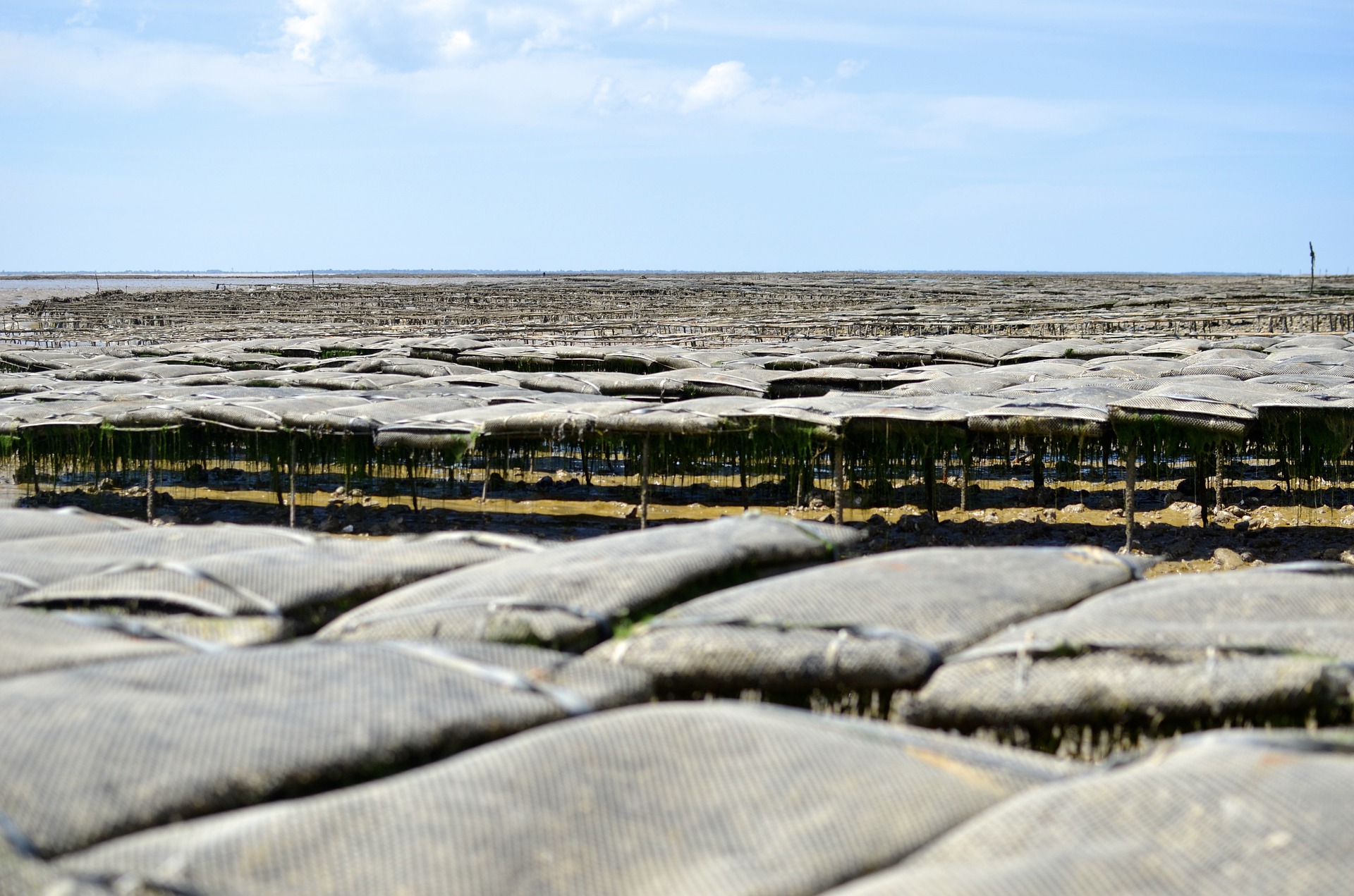 But there's more! In our thirst to uncover the mystery of oyster recycling, we encountered a number of products made from recycled oyster shells. Mother-of-pearl is used to create inlays (e.g. decorative art on furniture) or jewelry. But we also found surf booties, sunglasses, tiles, and oyster shells as an ingredient for cement to create a certain look.

Perhaps the best household friendly thing to do is to strike a balance between recycling and re-using oyster shells: some for the hens, some to form a slug barrier, and most to help rebuild the all-important oyster banks -and reefs.

Be part of the solution! We even found some oyster shell DIY projects for  you to try!

Oyster recycling locations in the Vendée

The Vendée has many recycling points to take your oyster shells. They will take care that the shells are returned to the ocean and to the oyster farms by the coast. Here is a Google map featuring all the addresses and contact information and locations.

In addition you can ask your local dealer at market or the mairie in your village (townhall) where to best take your shells nearby.

In Vendée there is also a biotechnology business that turns oyster shells into three types of materials: a porcelain paste, a pavement coating, and a substrate for a green roof. Three Vendéens Philippe Gaboriau, a former mayor in the Vendée; Thierry Didelon of Didelon machine tools in Poiré-sur-Vie; and Dominique Girardeau, a ceramic artist, joined forces in 2018 to create the company Alegina.

Researchers are also looking into oyster shells to be turned into mortar, an interesting way to further the use of green and recycled materials in the building sector.