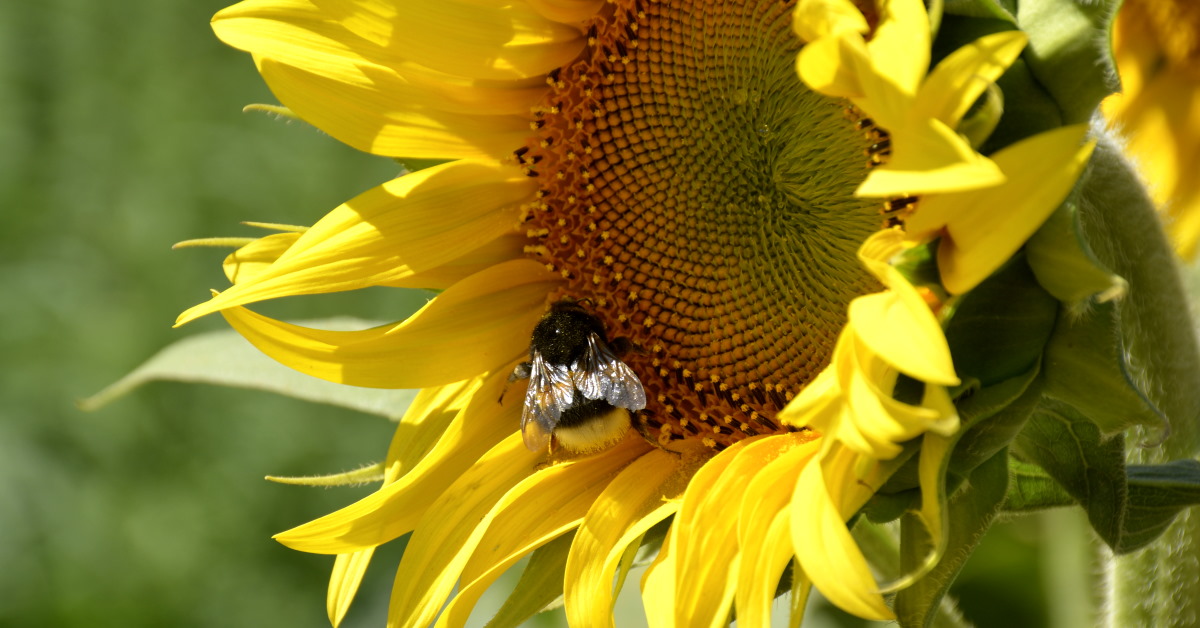 We bid you caution: large machines and fascination ahead! Let us tell you all about how and where you can support our local farmers and the young Vendées farmers association  whose annual festival is one of our top recommended events in the Vendée! We don't even mind telling you: we had so much fun during the 2018 edition we gave up on taking pictures so we could fully immerse ourselves in the experience!

France, land of agriculture – with over half of its territory dedicated to farming, France is responsible for nearly one fifth of agricultural revenue in Europe (or 1.5% of French GDP). The raising of livestock and cultivation of crops is as important now as it was centuries ago. Nurturing the flavours of the land (terroir) and the trade that follows, has not changed. Consumer demand, however, has. The average Joe's lifestyle is bigger and busier than ever; we travel farther, wider and deeper. Our sociology has a direct effect on what we eat, which has a direct effect on what farmers breed or cultivate to stay in business.

In recent years the number of 100 ha+ farms has increased, absorbing smaller ones in the process. Cereals such as wheat are the main crop in France.

In the Vendée, too, a large number of farmers produce a set of 'basic' ingredients such as wheat, maize, colza (rapeseed), flax, and sunflowers; crops which are later processed by other industrial food firms. Bio stores, too, sell diverse selections of processed foods, even if they started as organic crops.

Industrialisation has become 'the main ingredient' in our food chain, resulting in a significant barrier between farmers and the consumer. The group Terre Attitude Vendée has come up with a brilliant initiative to make that divide smaller again.

Enter the Fête de l'Agriculture de Vendée, celebrating its 35th year in 2019! And we really don't want you to miss it. 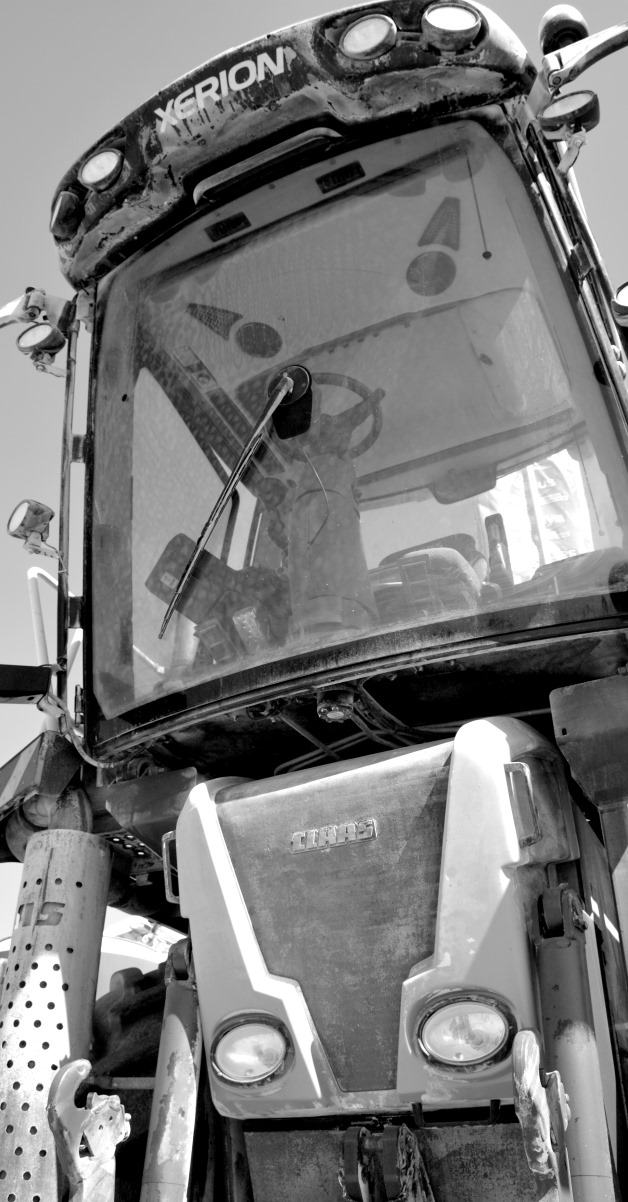 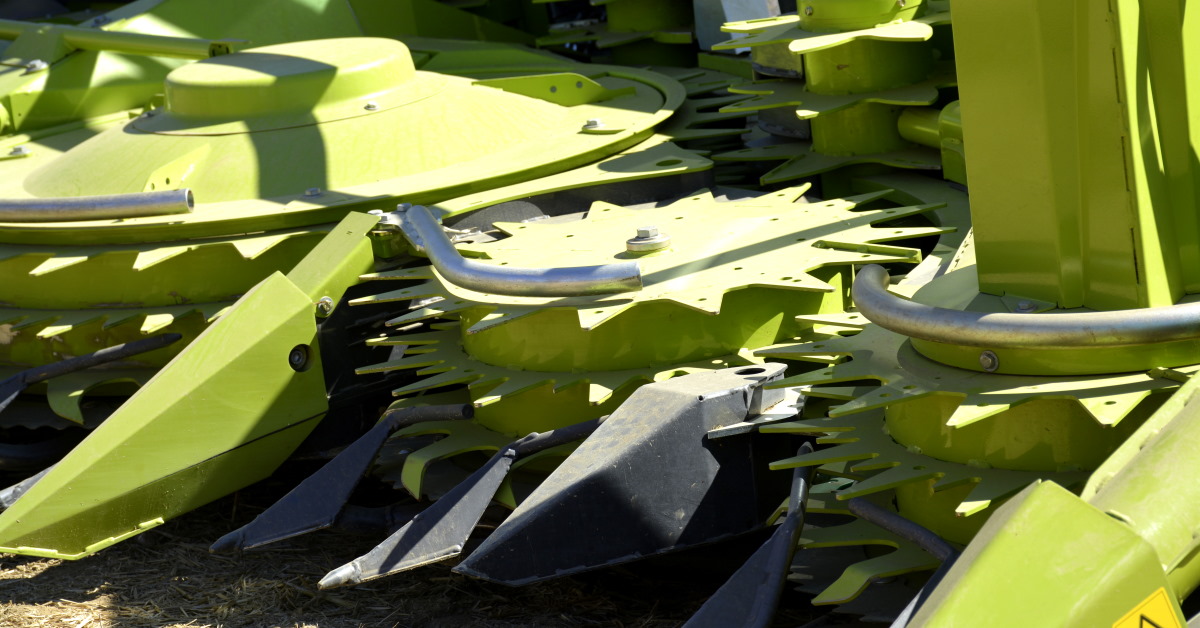 Each year les Jeunes Agriculteurs de Vendée (Young Farmers of the Vendée). in association with Terre Attitude Vendée.  organise a most colourful festival to showcase the department's agriculture. It is held in a different area each year highlighting the specialties of the terroir, with the goal to forge a stronger link between consumers and farmers.

Last year the event was hosted by the Young Farmers of La Chataigneraie. Spread over a whopping fifty hectares, there were vendor exhibits (incl. bio and sustainability), a petting farm, zip-lining, live music, demonstrations, lawnmower races, plowing competition, history of farming tools, and yes... even helicopter rides and bungee jumping.

The 2019 edition will be brought to us by the Young Farmers of Pays de Mortagne-sur-Sèvre on 31st August and 1st September in La Gaubretiere.

If you're in the market for a gigantic combine, this is the place to be. If you've always wanted to see up close and personal the UFO-like machines that traverse the fields in middle-of-the-night harvesting, this is where to do it. But...  with or without children, if you're looking for something to do that is so extraordinary and oh so much fun... we absolutely recommend the Fête de l'Agriculture as ONE OF OUR TOP FAVOURITE EVENTS OF THE YEAR IN THE VENDEE. So, mark your calendars to attend this well-organized event where you'll learn about our food chain, enjoy yourself to the fullest, and support our local farming community! Inexpensive entry fee, restauration and drinks. 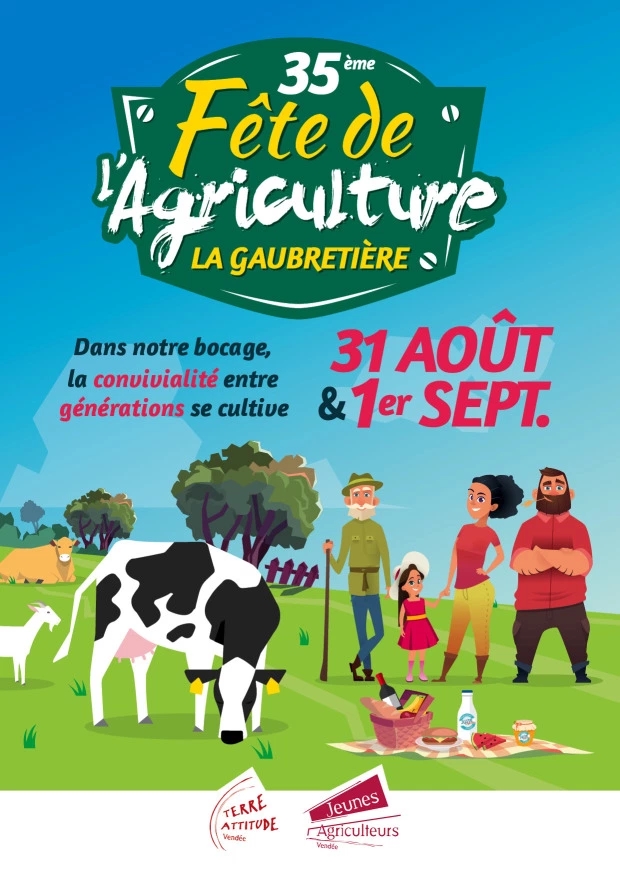 Below images feature the 2018 Fete de l'Agriculture in La Chataigneraie. Crops were planted at the event's entrance, with explanation of purpose. 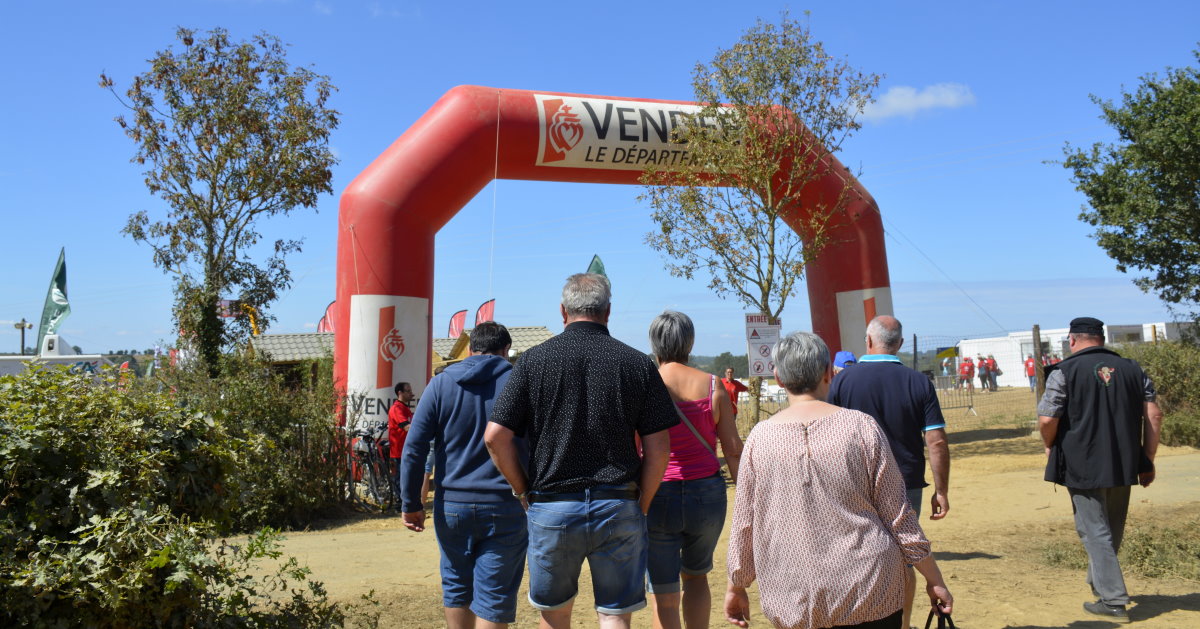 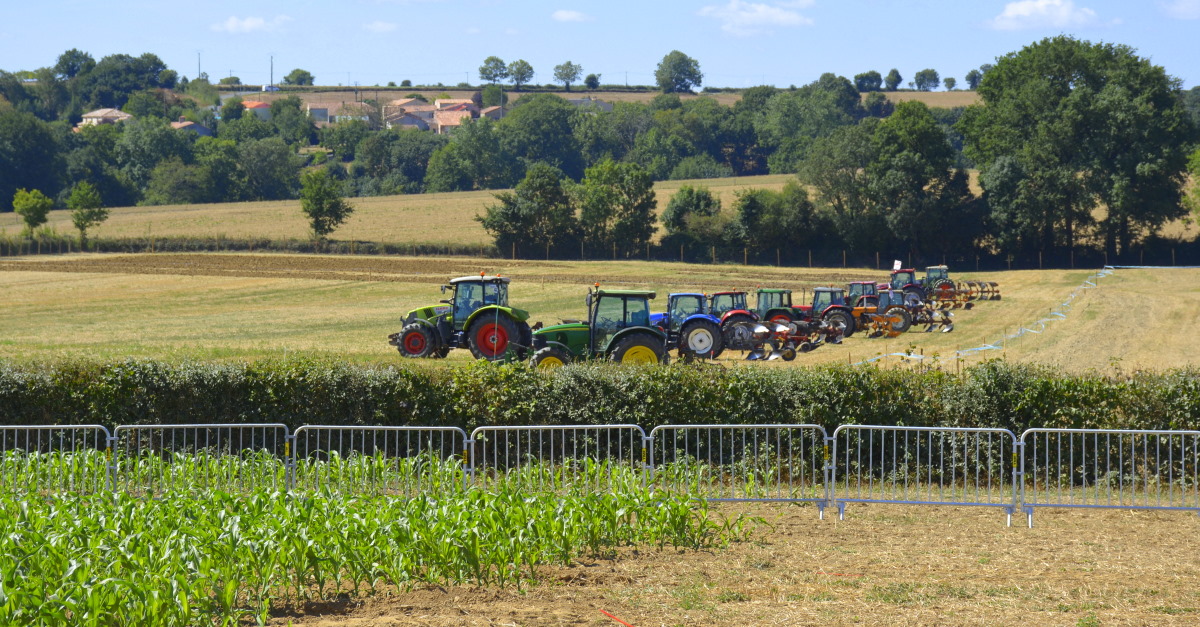 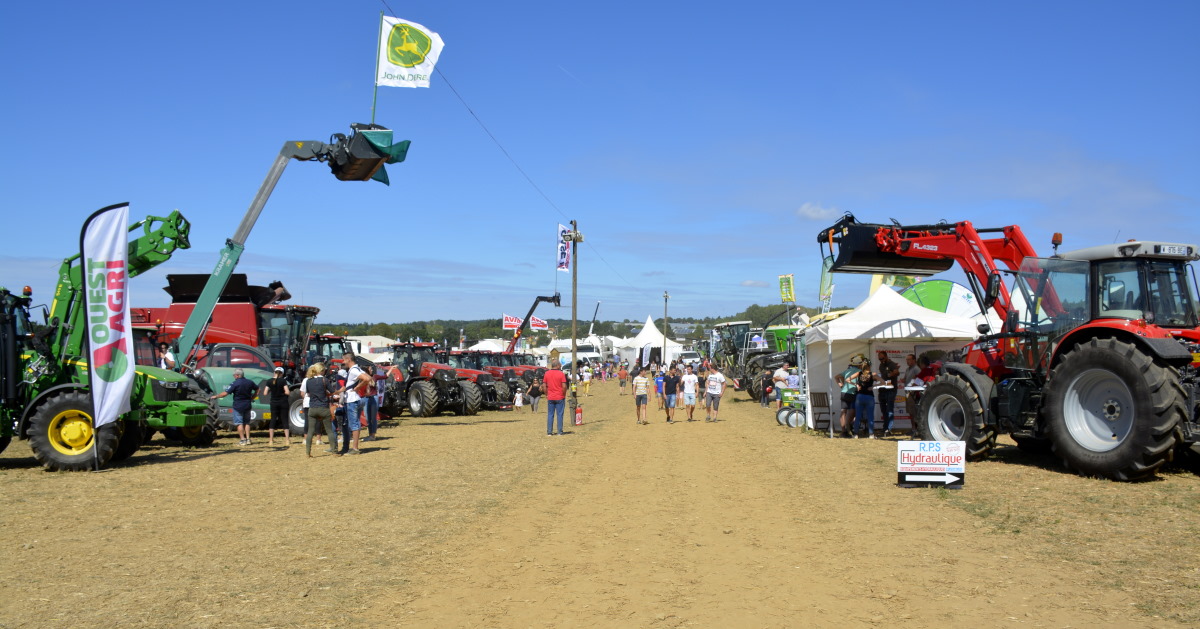 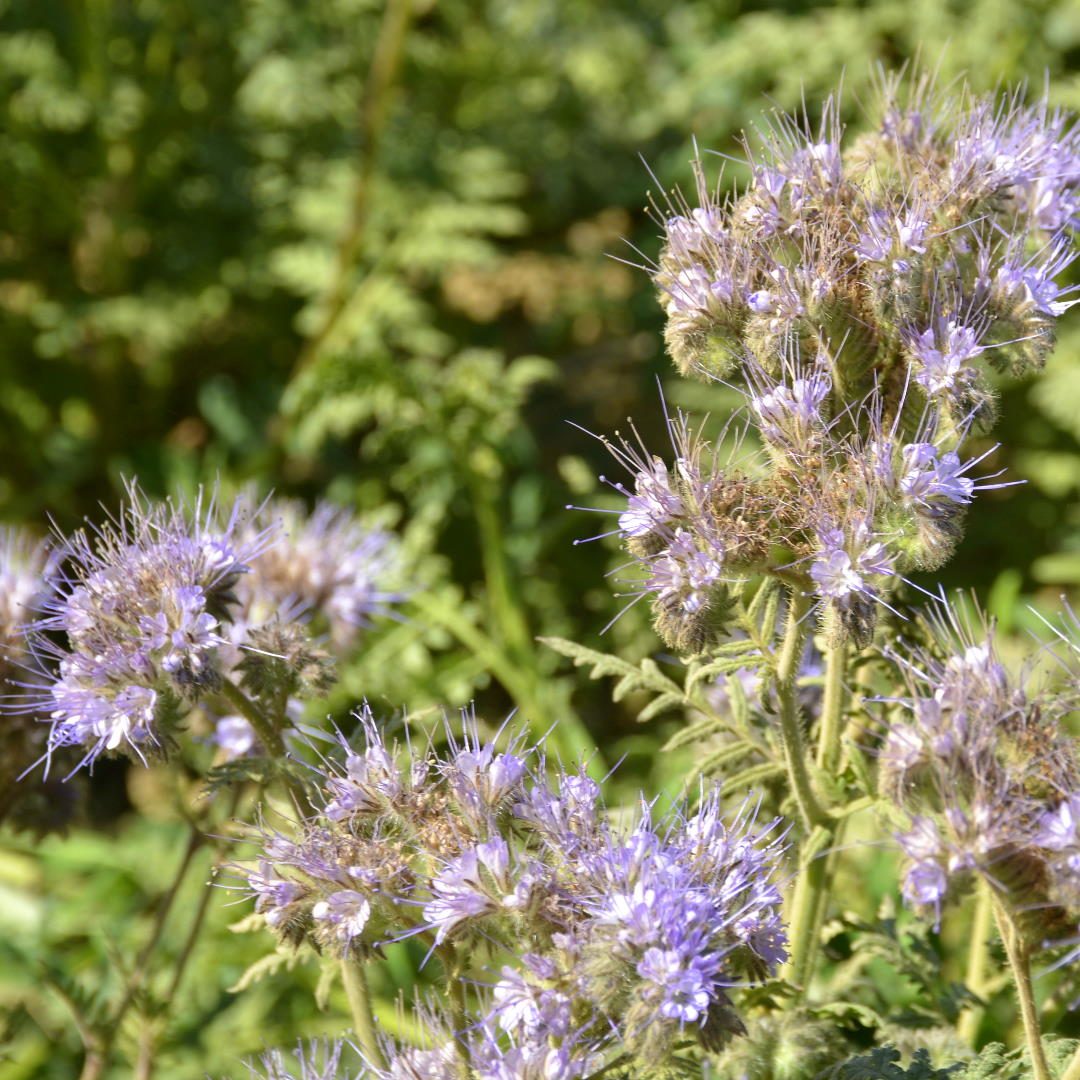 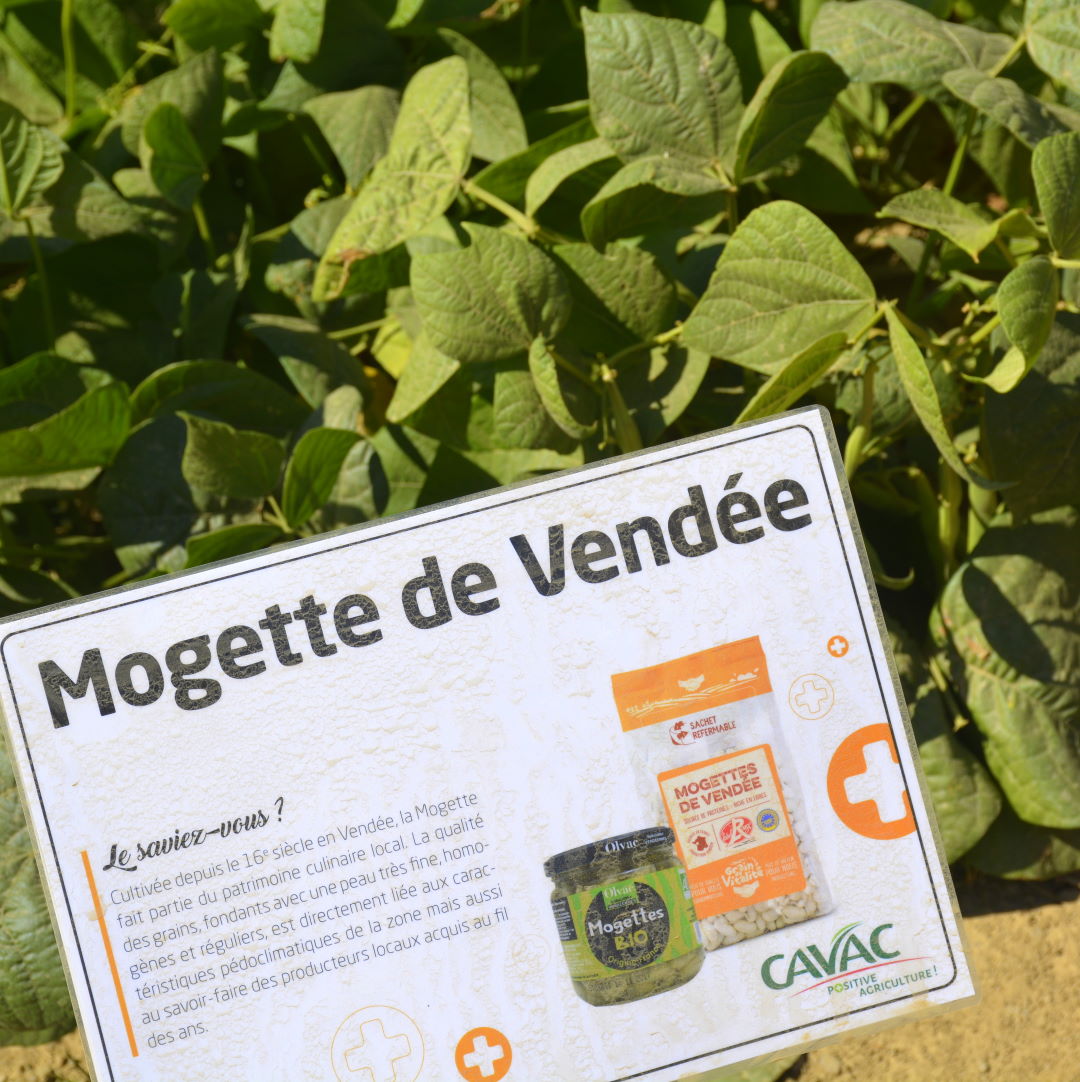 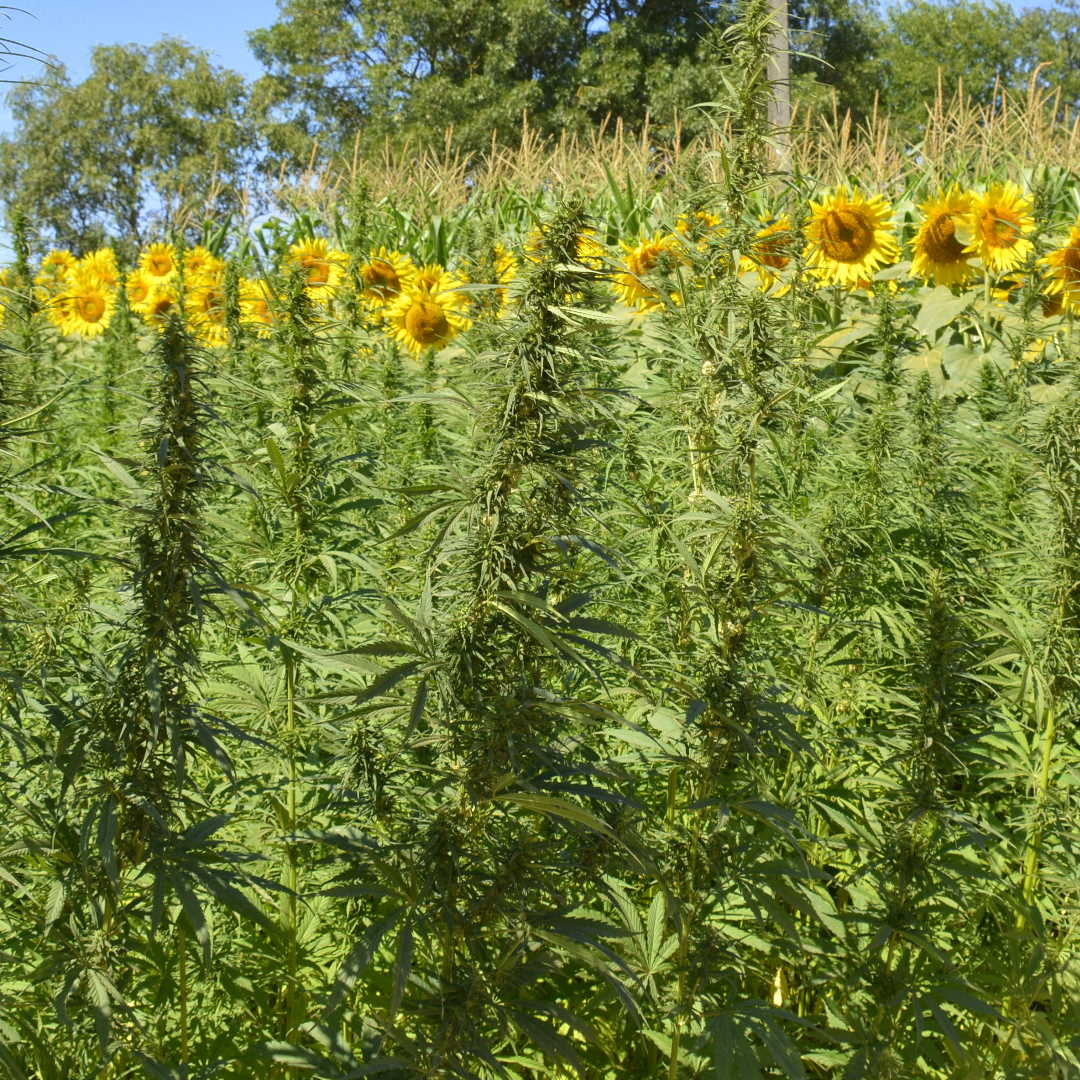 HEMP, SUNFLOWERS, AND 5 TYPES OF CORN, GROWN FOR FEED, OR PROCESSING (E.G. MAIZENA) 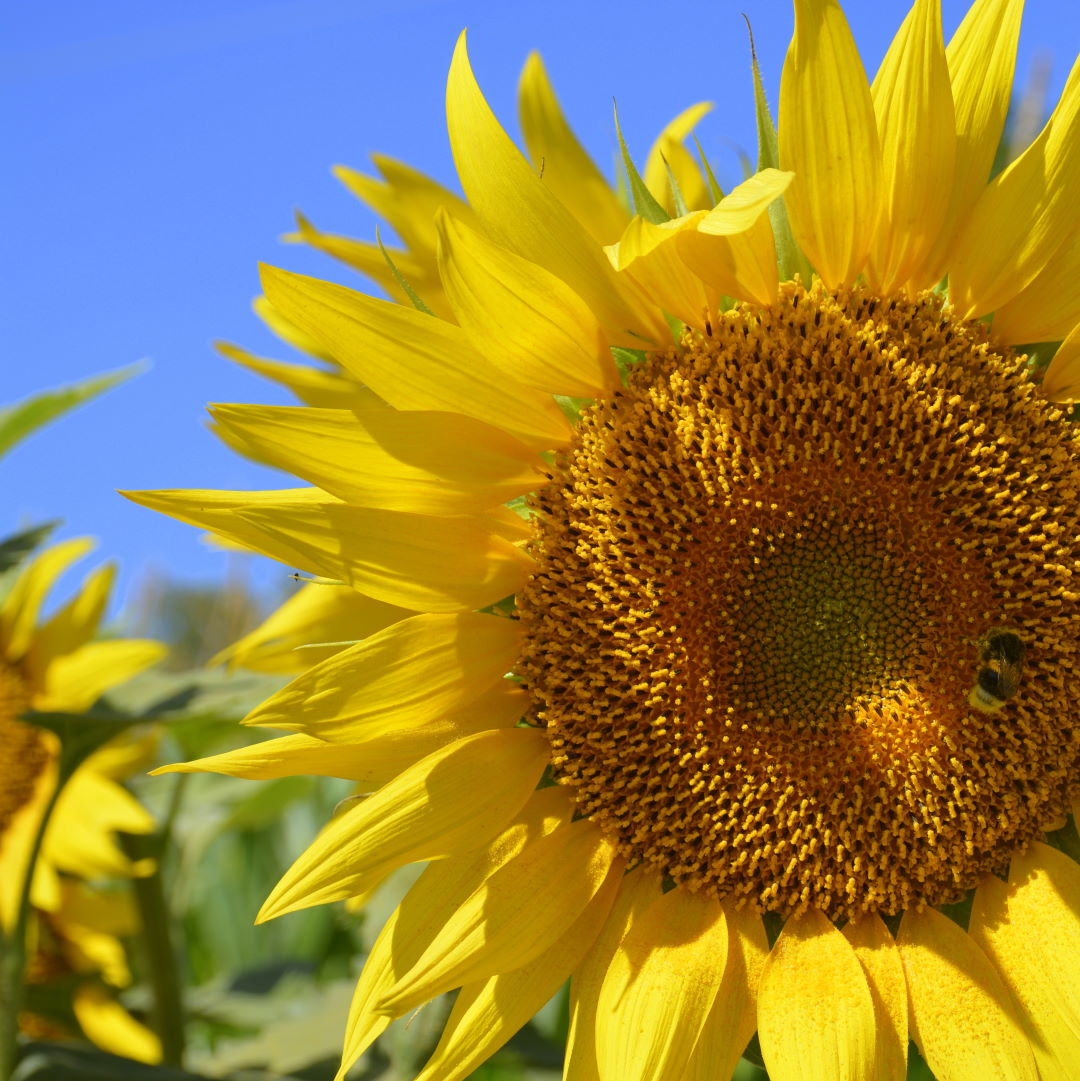 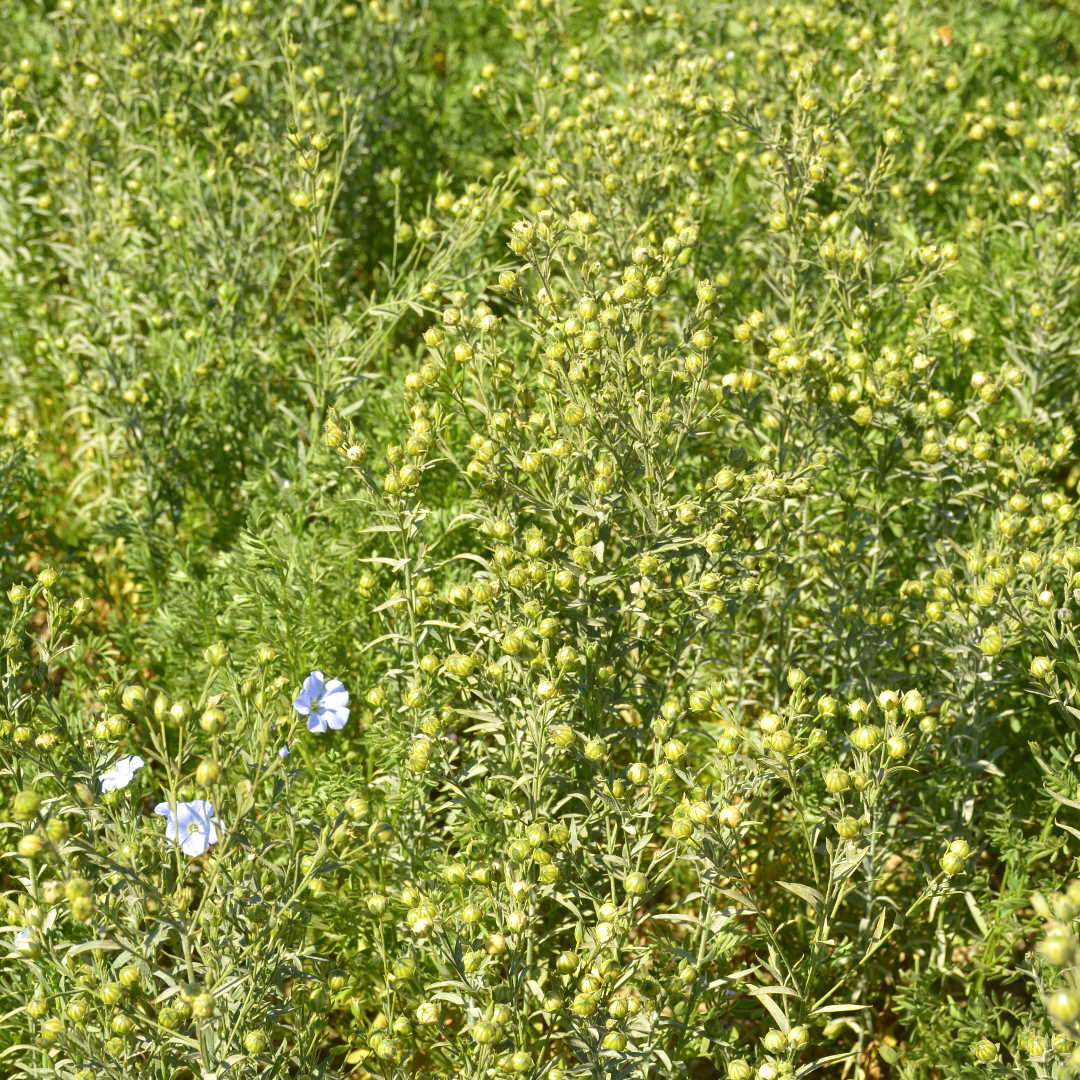 LENTILS - USE VENDEEN LENTILS IN YOUR NEXT CARIBBEAN LENTIL STEW OR WINTER LENTIL SOUP! 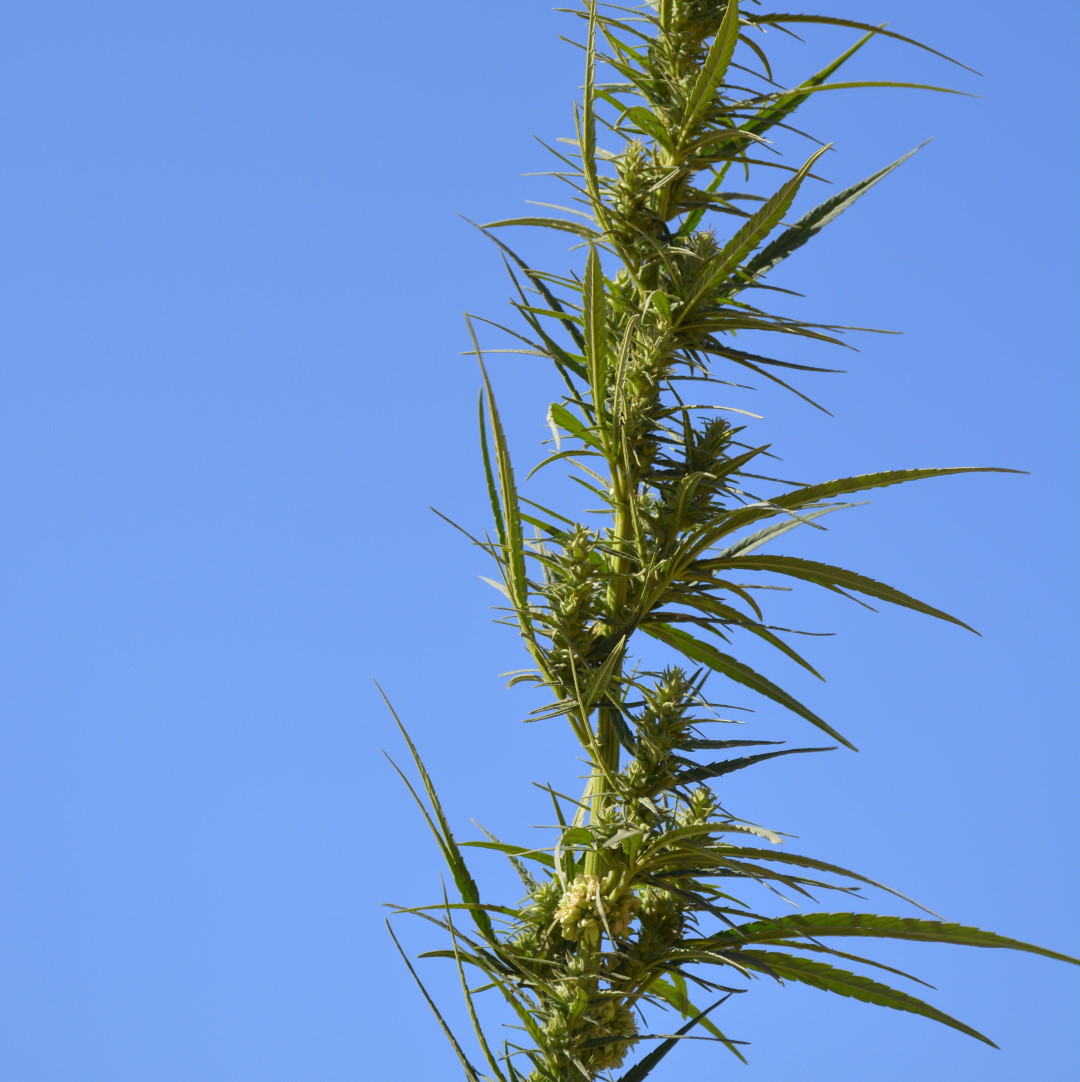 While smaller farms are sometimes absorbed by large industrial-scale ones, the good news is that small-scale organic operations are also on the rise. We can now find local, organic, and free-range produce and meats in large chain grocery stores. Or we can find stores like Biocoop, which are similar to Fresh Market or Whole Foods in the United States or Planet Organic in the United Kingdom.  Products with the very strictly issued AB labels (Agence Bio) are easy to find.

But more often than not, small-scale farmers, local shops or craftspeople are unable to compete with mass producers and large chains. If you're not a 'farm-it-yourself'er', or are caught in the dilemma of  keeping your gardens watered in a drought and still want local in-season produce, the Vendée has plenty of farmer's markets and buy-direct opportunities.

Yes, it makes life a little more complicated to go from farm to market to vente-direct, and yes it's likely to cost a little more. But buying local does more than help local growers, it's better for the environment too. Just imagine your blueberries buying a plane ticket from Central America! 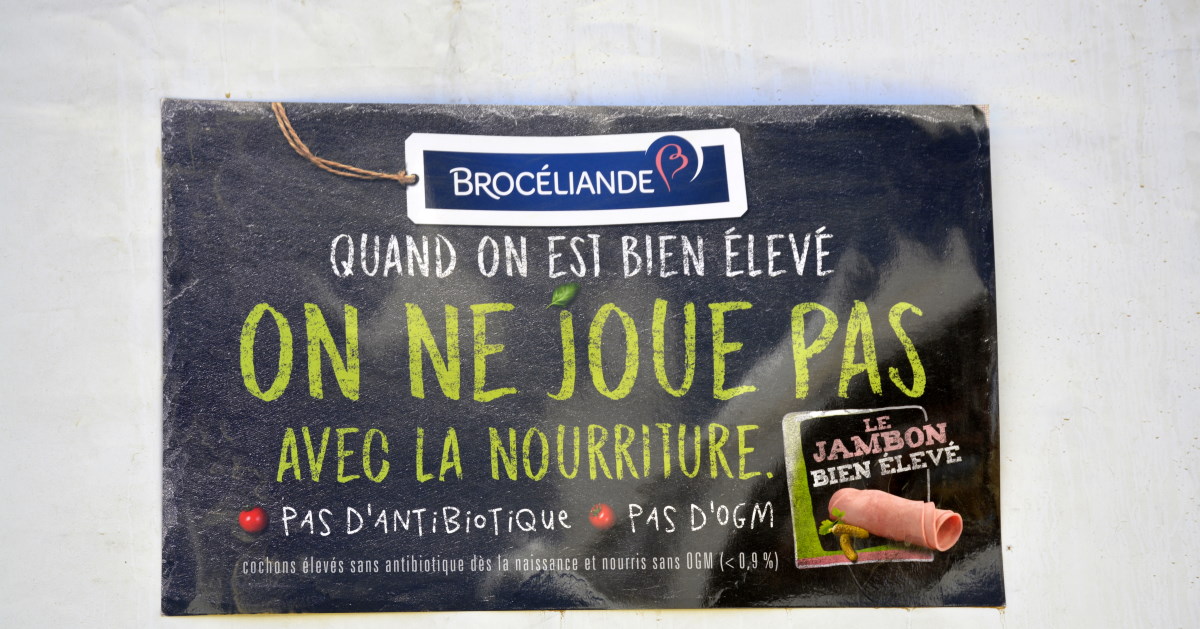 ONE OF THE VENDORS REPRESENTED AT FETE DE L'AGRICULTURE IN 2018

Sources & Reading materials - Food production is driven by history; human behaviour such as lifestyle, travel and migration; environmental issues such as global warming, the use of pesticides, or nutrition-poor soil; by recipe sharing and social media; and by government health initiatives to reduce pressure on the social healthcare system.

Informing ourselves about the future of our food is rather important! If you are interested in how the situation evolves in the coming years, we have found this short list of studies and reports. We promise to keep the list updated as we find more and you're always welcome to let us know in the Facebook group.

Mogettes for my mother-in-law. Check the recipe!