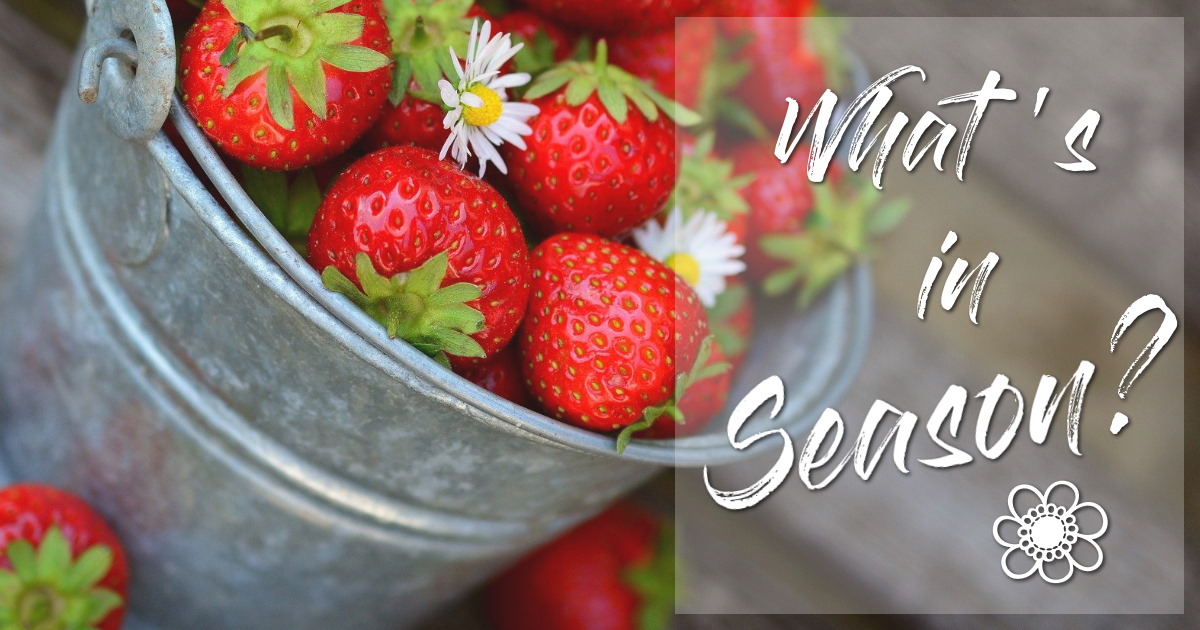 Outdoor markets in France are typically held in the mornings from 8h00 to 13h00. Which isn't to say that all vendors are up and running by then! Arriving by 9h00 you'll find the markets in full swing and the locals are out in droves to stock up on fruits and veg for the week. What can you find at the beloved village markets? Anything from cheeses, breads, organic/ bio, artisanal farm products, sausages, fish,  multi-cultural and freshly prepared street food, kitchen or other utensils, baskets, flowers, clothing, crafts, and more. 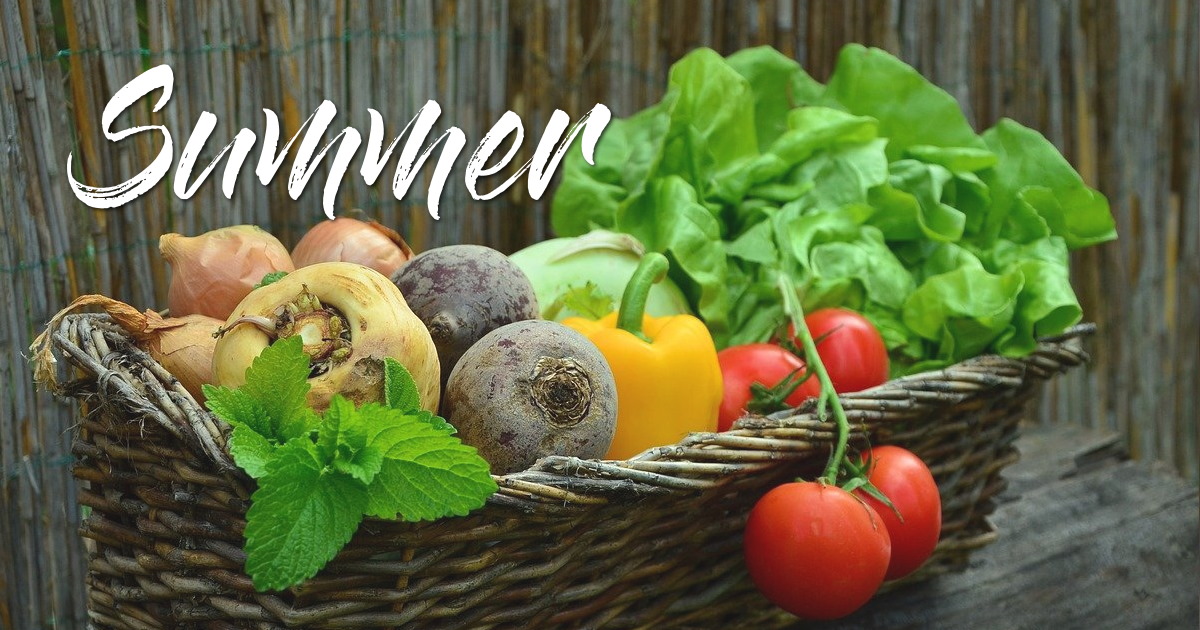 What's in season? Markets are not only a great way to discover an area in France, and people watching whilst enjoying a coffee or a carafe of wine on a terrace... it's a good time to practice the language. Our list of seasonal fruits and vegetables now include a glossary of their French word beside it.  Enjoy!

For a summary of markets in the Vendée, please keep scrolling. The markets highlighted here are organised in or around the Vendée. They are worth your time due to their seize, focus, or interesting location to perfectly combine shopping and sightseeing. Keep scrolling for our comprehensive list of markets. Covid-19 update: our market list dates from 2020 before coronavirus. Please check local websites and facebook pages for protocols or cancellations. inthevendee.com is not responsible for cancellations. 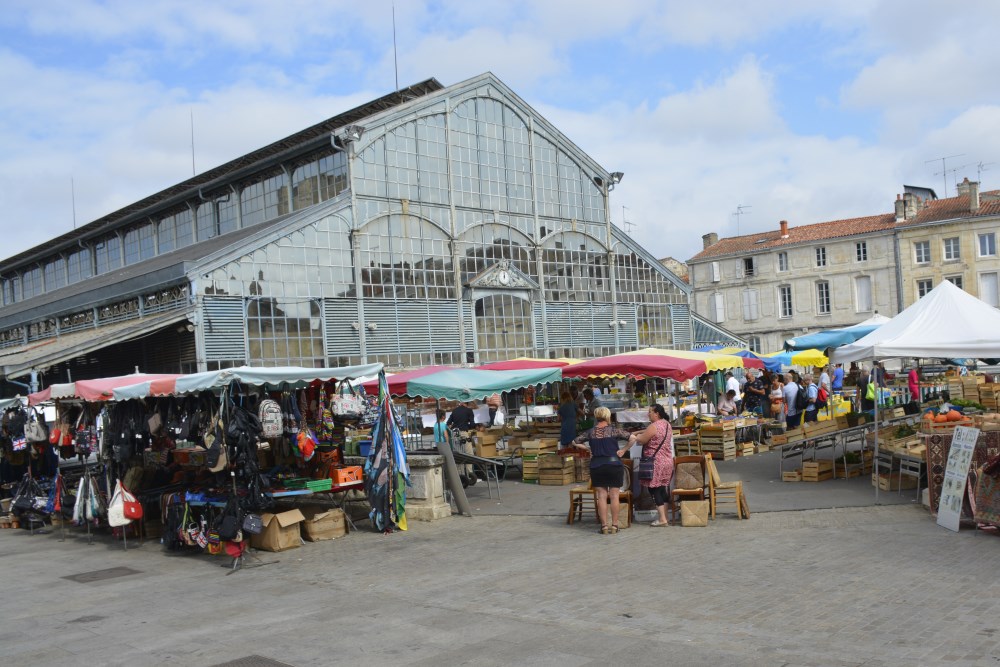 Niort, with its narrow streets and remaining medieval half-timber structures, is located on the Vendéen and Deux-Sèvres border. While shops, cafés and restaurants are centered around the daily covered market in Les Halles, the castle or donjon is worth a visit.  Also the views from the castle rooftop over the city and Sèvres rivers is quite stunning. In addition, the market swells into the market square on Thursday mornings. 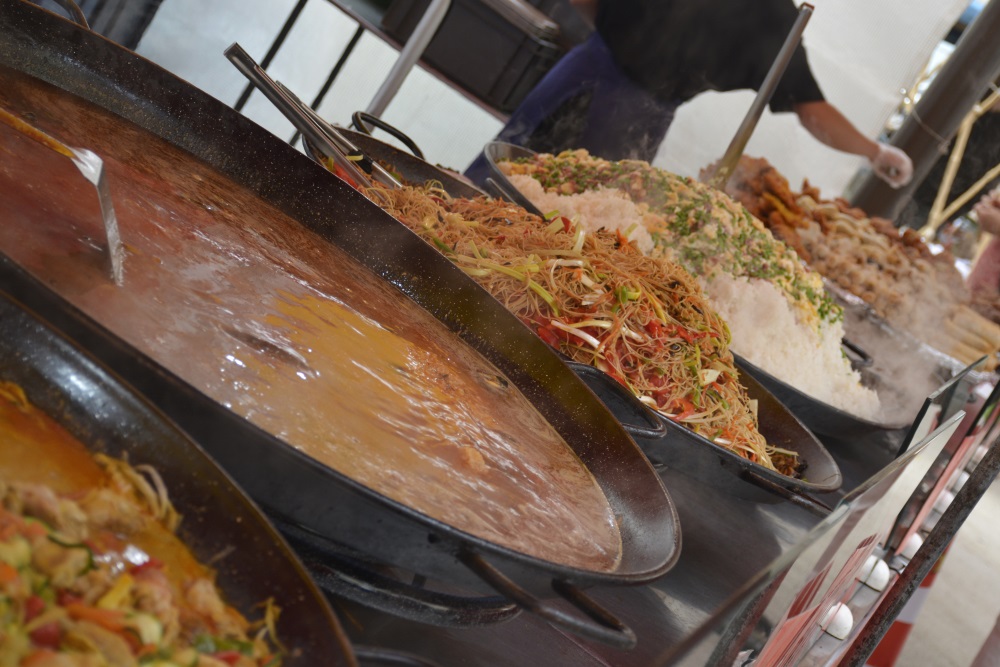 The newly renovated Les Halles is open on Wednesday and Saturday from 8h00 to 13h00. Artisinal food vendors fill both levels of the market hall. On Saturday mornings the market includes outdoor stalls on Place Chevolleau and Place Thiversay for a total of around 140 local vendors. Enjoy a coffee or aperitif within view of the bustling market. Also, Fontenay-le-Comte is a picturesque village that hugs the banks of the Vendée river. So, have a stroll away from the market to take in the views.
Additionally, the beautiful Renaissance Château de Terre-Neuve is open from May 1st to September 30th. Also nearby is the Notre Dame church with a small crypt. Check our Sightseeing tips. 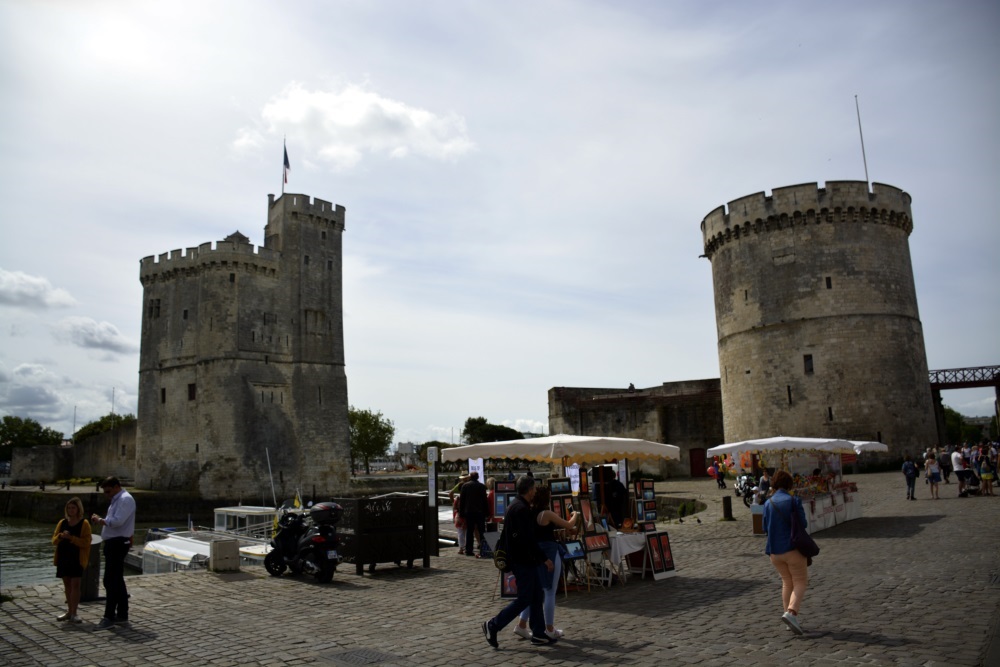 The lovely city of La Rochelle is located by the Atlantic Ocean. It offers culture, shopping, sightseeing, short cruises, and more. There are 14 markets per week. Most interesting are:
Central market: under the XIXth century covered market in the town center every morning 365 days per year. Extended markets are on Wednesday and Saturday from 7h00 to 13h00
Market of La Rochelle La Pallice district of town: every sunday from 8h00 to 13h00. Food and non-food products. This is a large market!
Flea markets of St Nicolas Street and Place de la Motte Rouge every Thursday and Saturday from 8h00 am to 18h00. Professional antique dealers.

TIPS
Parking tip: the problem in La Rochelle is not parking because there are plenty of car parks. However, the city is full of one-way streets, so figure out where you need to be first, then consult Google and program your GPS accordingly.
All parking search results
Restaurants: there is only one cafe by the Sunday market, plenty in the heart of the city. 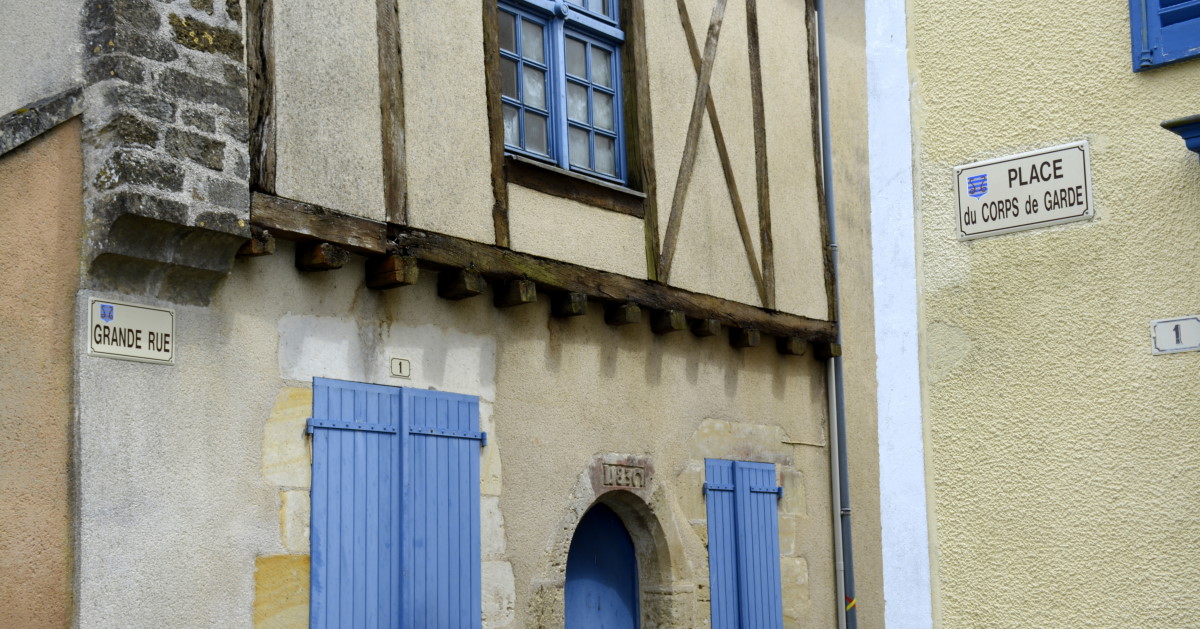 Where: Market by the tower of Melusine
No parking at the central location but ample parking nearby
When: Monday mornings from 0900 - 12h30.
What: Clothing, hats, shoes, crafts, fruits & vegetables, jellies, shellfish, herbs, etc.

Market days in the Vendée, including summer EVENING & ARTISAN MARKETS!

Markets in the Marais Poitevin