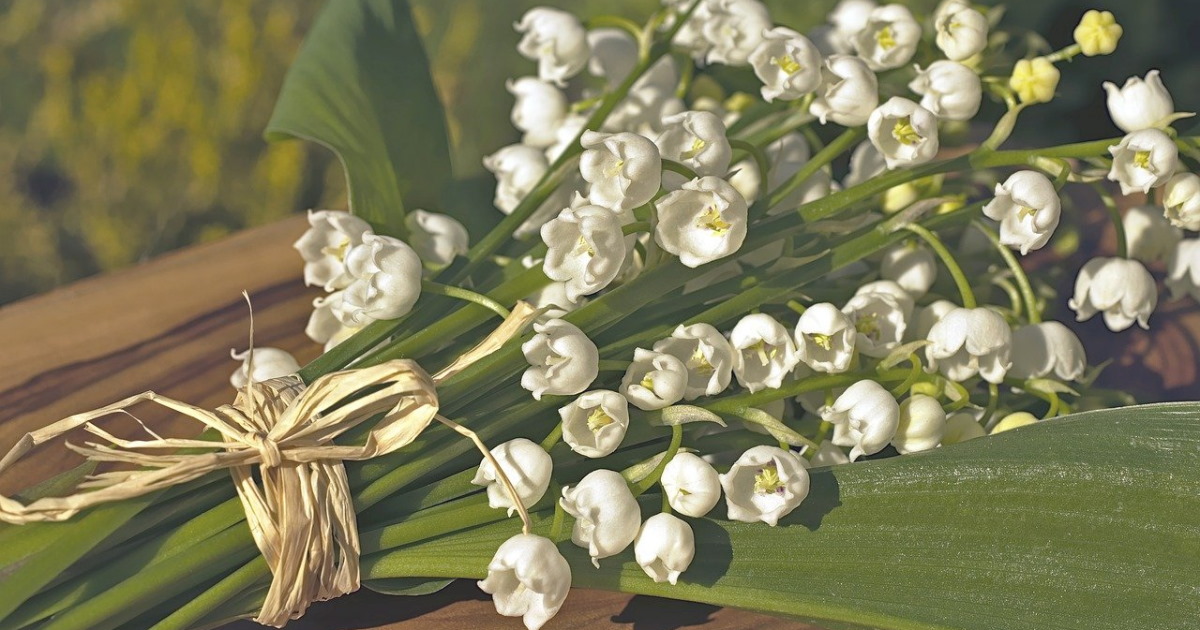 The first of May has been a day of symbolism in France and other countries for centuries. To those of us in the workforce it means a day off, the first of many in the month of May here in France, a reason to rejoice and something to look forward to after months with only one long weekend to give us a little breathing room. But why is May 1st so special and why are lilies of the valley such a big part of the tradition?

The  Legend & symbolism of the Lily of the Valley

In a French legend dating back to the 6th Century, Saint Leonard -Leonard of Noblac- who was a friend of King Clovis, lived the Vienne Valley, near Limoges. Both Leonard and the King were converted to Christianity at Christmas 496AD. Following this event, Leonard wanted to spend the rest of his life as a hermit in the woods for there, amongst the wildflowers and the trees of the Vienne Valley, Leonard felt closer to God than anywhere else.

In the woods also lived a mighty dragon called Temptation. The dragon was not happy to share the woods.

So, Temptation called upon St. Leonard to leave. When he refused to obey, the dragon blew flames in anger, burning down the Saint’s dwelling. The two fought long and hard. Terrible battles took place between the saint and the dragon. A great deal of blood was spilled upon the wood’s leafy floor. When finally Saint Leonard defeated Temptation, poisonous weeds grew where the dragon’s blood had been spilled, while beds of lilies-of-the-valley appeared wherever the blood of Saint Leonard had touched the ground.

What Do Lily of the Valley Flowers Symbolize?

The lily of the valley is often viewed as a symbol of rebirth and humility, chastity, purity, sweetness, and motherhood. In Christianity, the flowers are a transformation of Eve's tears when she was banished from the Garden of Eden. In Pagan beliefs it is said that the lilies of the valley can protect gardens from evil spirits and the flowers can be used as a charm to guard against the spells of witches.

Generally, Lily of the Valley flowers are a symbol of spring, thought to bring luck in love but can also symbolize a return of happiness.

May 1st knows its origin in the pagan Feast of Beltane celebrated in Celtic times about halfway through the Spring Equinox in March and the Summer Solstice in June. It was an occasion for a feast with dancing, bonfires and fertility rituals which included love-making in the fields to improve the earth’s fertility for bountiful harvests.

In modern times, the marking of the end of winter is better known as May Day and is celebrated in different ways in many European countries. 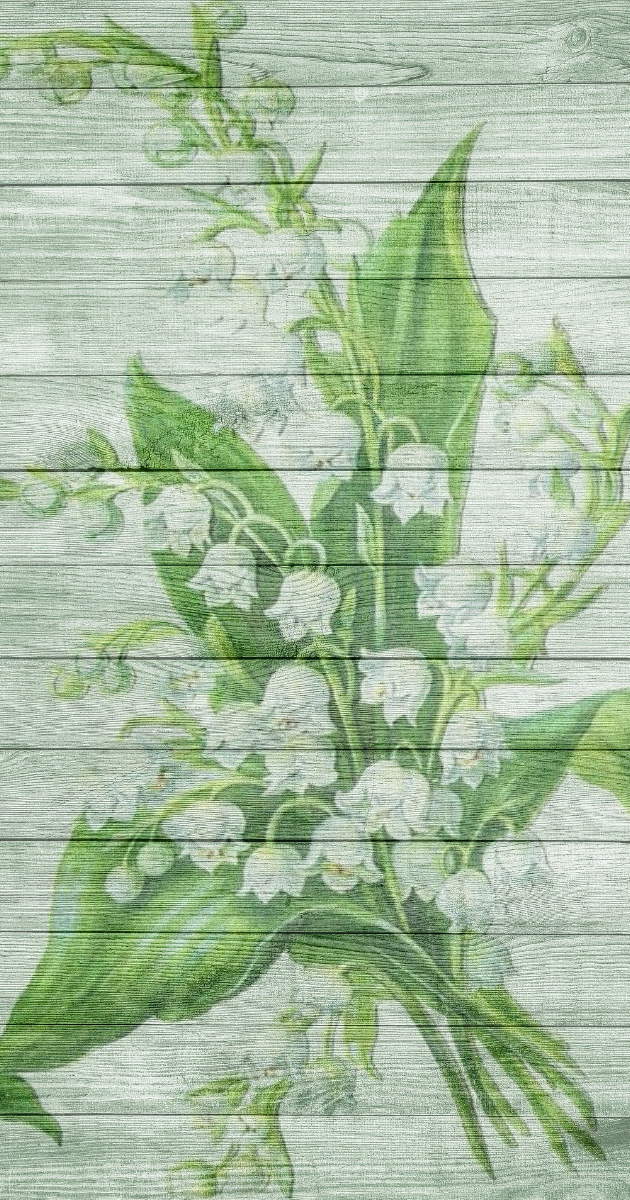 In France, it is the Fête du Muguet, in which it is tradition to give small bouquet of lily-of-the-valley to family and friends for good luck and happiness and, of course, as a celebration that winter has ended. In his country, historically, the actual tradition was born on May 1st, 1561 when King Charles IX of France received a lily-of-the-valley as a lucky charm. He was so charmed by this that from then on he offered a small bouquet of lilly-of-the-valley flowers every year to the ladies of his court. The custom of partners presenting these flowers to their lovers became increasingly more popular from the beginning of the 20th century as a token of love and affection.

In 1889 the 2nd Socialist International made May 1st "International Workers Day" working class celebration, demonstration and action as an act of solidarity with the American proletarians.  Three years earlier, on May 1st 1886, American labor unions began to campaign against the overworked and underpaid work force. demanding an eight-hour workday for all. Hundreds of thousands of American workers went on strike. Thousands met in Haymarket Square in Chicago where a riot broke out between police and workers. A bomb was thrown into the crowd, killing several people. This day became known historically as the Haymarket Massacre.

That's why May 1st is still a day of demonstration for worker's rights and celebrated as International Workers Day (sometimes Labor Day) in many countries around the world. Of course, each country has their own story, but all commemorate those who fought and continue to fight for workers’ rights and justice.

In France, the 8-hour work day became law in April 1919 under the government of then First Minister Georges Clemenceau. In 1936 the 40-hour work week was established, and in 1941 it was the right-wing Vichy government under Marshal Philippe Pétain (independent ally of Nazi Germany in World War II), that declared May 1st as national holiday in appreciation of the work force.

The two are not really related and historically the flower symbol of the International Workers Day was first the rosehip, and then changed to the wild rose in respect for a young woman wearing the flower was killed by police in the north of France during May 1 demonstrations. A red (wild) rose is still very much a part of May 1st during demonstrations.

But the two May1st traditions of the Fête du Muguet and the Fête du Travail merged through the hands of history quite accidentally.

It is true that on May 1st, mini Lilly-of-the-Valley pop-up flower stands appear out of nowhere on street corners around France. It’s the one day of the year that the French government allows anyone to sell flowers without prior bureaucracy, without a license, and tax-free. 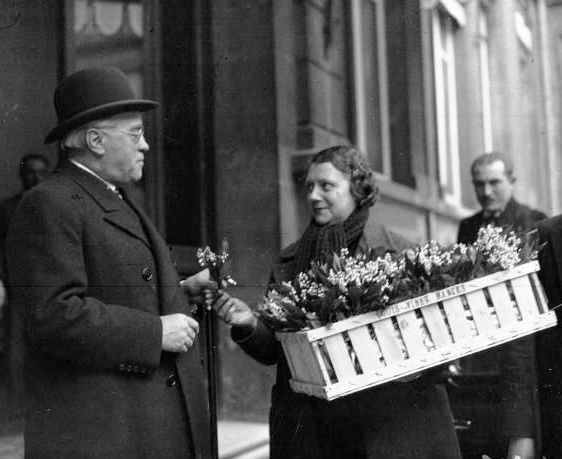 So, while not labor related, it did and does allow anybody who choses, to use this day to earn a little bit extra as long as they obey Department regulation and are not in the vicinity of a the flower shop or causing a nuisance. For the thousands of florists in France, May 1st represents a good bit of income. Around the country more than 75 million sprigs of Lily of the Valley are sold, to the tune of millions of euros in revenue.
The Legend of the Faery Melusine