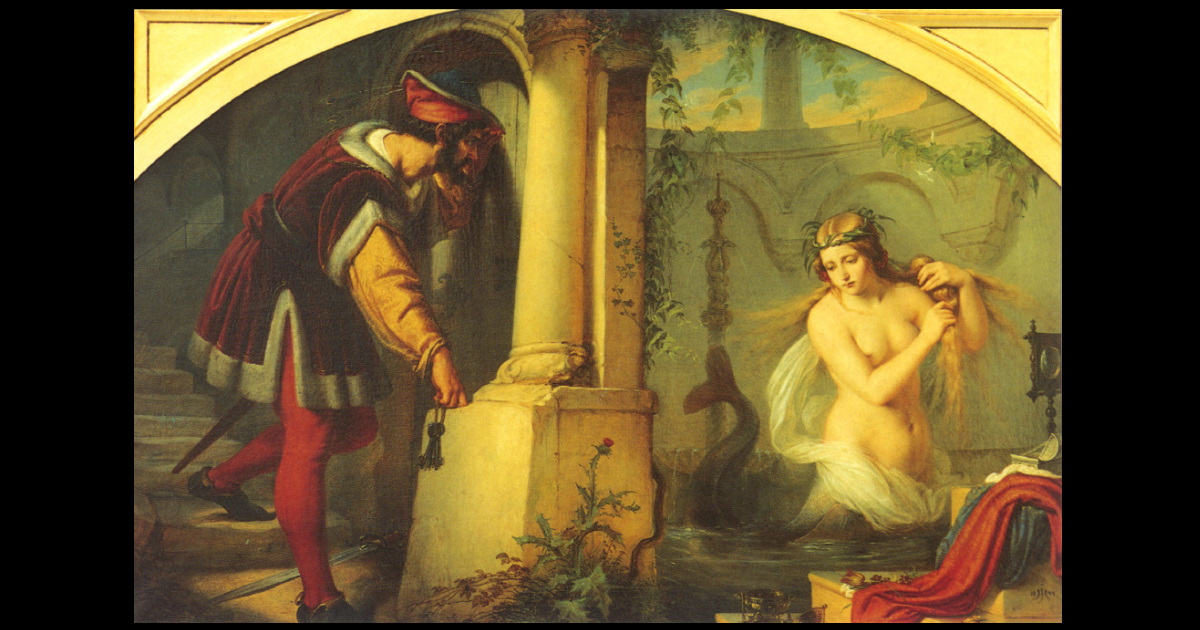 Château de Lusignan  (Vienne) was the ancestral seat of the House of Lusignan, the Lords of Poitou, who commanded great respect in the First Crusade. The castle was so large that in the 12th century a legend developed as to its beginnings. It was speculated that its founder must have had the help of a fairy, a fairy who took on the guise of the shape-shifting water spirit Mélusine said to have built the castle and its church for her husband Raymondin by using her mystical gifts.

The reputation of the Lusignans was larger than life. So much so that between 1392 and 1394 the author Jean d’Arras recorded the folktale in a book entitled Le Roman de Melusine. It was the first of many literary versions that would be recorded through the centuries, as the folkloric tale seeped into the very fabric of history.

One evening in the forest of Coulombiers, at the end of a long day’s hunting, Aimeri, the Count of Poitiers and his nephew Raimondin set off in pursuit of a wild boar. They far out-distanced their attendants and arrived at the outskirts of the Forest de Cé, near Lusignan. There, during the excitement of the kill, Raimondin accidentally dealt his uncle a fatal blow.

Overcome by deep sorrow, aghast and contrite at his mistake the young man was on his way back to confess what he had done when, at a bend in the road, he caught sight of three maidens dancing in a glade by the light of the moon. One of them smiled and spoke to him. Her name was Mélusine. She was the daughter of Elinas, King of Albania and the fairy Pressine. Mélusine... was a fairy.

She was a fairy with a terrible curse bestowed upon on her. Pressine had punished Mélusine for behaving badly towards her father. She had condemned her daughter to a sad immortality unless Mélusine married a loving knight who was not inquisitive and who agreed never to see her on Saturdays. On that day Mélusine was to bathe and watch her beautiful long legs turn into a horrid scaly tail, and if her husband ever saw her in this state of metamorphosis, she would never take on the human form again.

Raimondin was enchanted by the young girl’s intelligence and beauty and asked her to marry him. He swore never to see her on a Saturday. Mélusine, who was delighted to find a husband, accepted. She suggested that he provide the lands and the castle as a dowry. But Raimondin, who was not wealthy, wondered what lands... and what castle?

Once back at court, Raimondin who was very happy, but also very sad, tried to solve his problem by blaming the boar for the death of the Count. Then, during the ceremony of homage to the new Count of Poitou and on the advice of Mélusine, he asked for as much land as would fit into a deerskin.

"How stupid," said the assembly of lords. But, to everybody’s consternation, a deerskin was cut into narrow strips and laid end to end marking out an enormous area.

"Never mind," said the lords, "he still doesn't have a castle."

Their complacency was short-lived for in just one night, right in the middle of the territory using three aprons-full of stones and a mouthful of water, Mélusine built the splendid castle of Lusignan.

Furthermore, to ensure that her husband Raimondin might be the most powerful lord in the whole region, she amused herself on certain nights by dotting the surrounding hills with even more mighty fortresses.

But so much good fortune gave rise to questions and unkind comments. Where did Mélusine’s fairly-like beauty come from? Why was it that each of the ten children of Raimondin and Mélusine, all boys, had some very strange physical characteristics?

One of the boys had only one eye and it was positioned in the middle of his forehead. Another had a lion’s claw on his cheek; yet another bore one enormous ear; and yet another of their sons Geoffroy, Mélusine’s favourite and it was said the most wicked, had a huge tooth protruding from his mouth.

And... why did Mélusine shut herself away every Saturday? 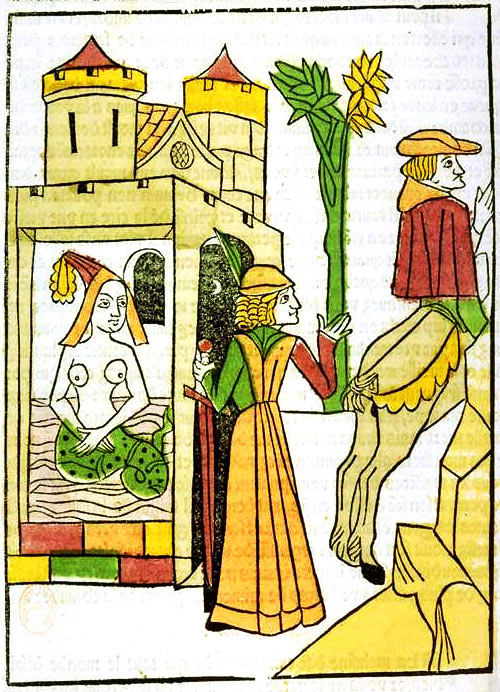 On the advice of a jealous brother, Raimondin tried to solve the secret his his wife kept from him. One Saturday he surprised Mélusine in her bath as she was combing her long blond hair and swishing her horrible fish tail back and forth. Hardly had he made this fatal mistake than the fairy screamed. She sprouted dragon's wings and flew out of the window voicing a terrible curse on the many castles she had built.

But she came back to suckle her last child. And it is said that on certain nights she still comes to haunt the ruins of her castles.