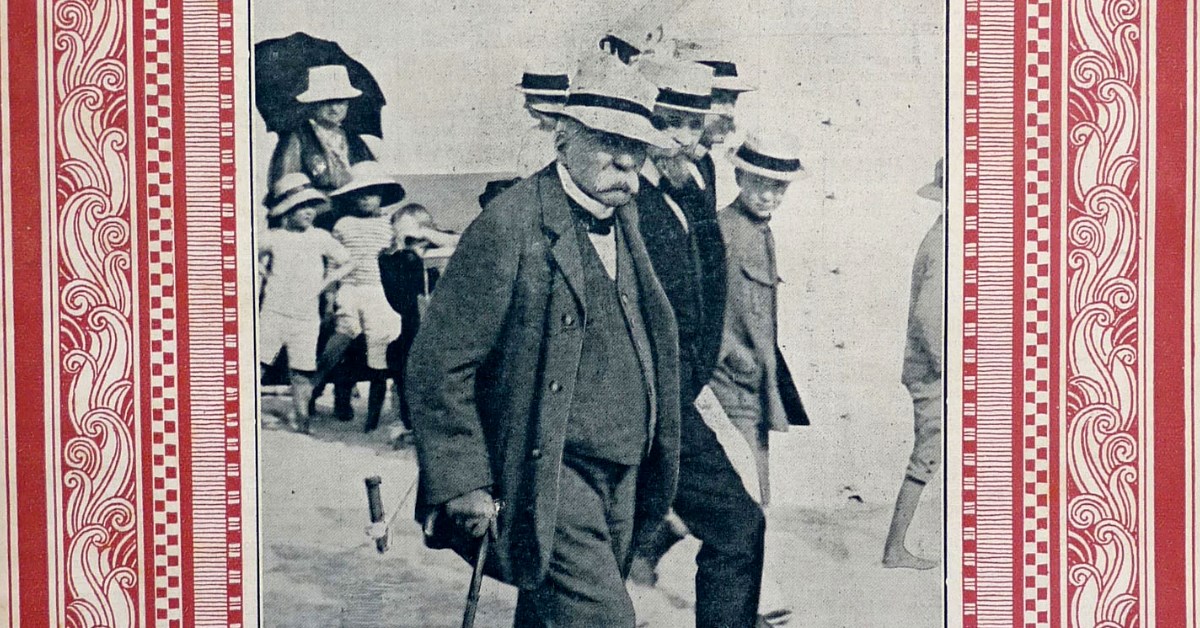 When Georges Clemenceau left his birth village of Mouilleron-en-Pareds to take him to great heights and across the world, the Vendee stayed forever in his heart. We have lined up the places that were important to this very unique French president.

Who was Georges Clemenceau? –  The enigmatic and much adored Vendéen-born Clemenceau was a controversial figure strong in journalism as well as politics.

After spending his childhood here, he went on to Nantes where he received a Bachelor’s Degree in Letters (1858) at the Lycée. After this achievement, Clemenceau went on to Paris to study medicine, (graduating in 1865) where he became a political activist and author.

At the onset of his career as a senator, Clemenceau was a radical socialist in an extremely conservative senate. However, it wasn't until after he broke away from the socialist party in 1906, that he became premier or prime minister of France (today's equivalent is president.) As such, Georges Clemenceau of the Vendée played an effective role in European politics.

Georges Clémenceau proved to be a strong leader who was key to the allied victory of 1918. Despite any controversy that left him politically isolated, he took to visiting the troops in the trenches. Earning the trust and respect from the men at the front proved crucial to the eventual triumph over Germany.

At the time of armistice he was embraced in the streets of Paris. The Peace Conference in Paris between Germany and the Allied Powers, to settle international political issues left over from WWI led  to the Treaty of Versailles on 28 June, 1919.

Route Planning and Preparation – Travellers and history enthusiasts can use this itinerary for a day trip spanning between the Vendéen Bocage and the Atlantic Ocean. It can also be split up and combined with other sightseeing e.g. Mouchamps and Mouilleron-St-Germain are relatively close together (17 km as the crow flies.) We hope you enjoy these locations (we did!) and that in each little corner, you will learn a little bit more about French history in the Vendée

Son of a small Vendéen village

While the Vendée was a hotbed of monarchist sympathies during the French Revolution, at the time of Clemenceau's birth, Vendéens had become ferocious republicans. The region was rural and poor. Benjamin, Georges' father, was a non-practicing physician, atheist, and political activist who lived off the bounties of his land and investments.

With Georges and his brother Albert (1861–1955), Benjamin shared a love of learning, commitment to radical politics, and a disapproval of Catholicism.

Albert later became a lawyer. And George went on to become a brave, radical, and a fierce patriot filled with integrity and a passion for his beliefs that brought him to the other side of history known as “Père la Victoire" (Father of Victory) for the important role he played in securing victory to the allied forces on November 11th 1918 - Armistice.

Georges Clemenceau adored his childhood village and memories of romping around on the hill outside the village. In a letter to le Marechal Jean de Lattre, also from Mouilleron-St-Germain, he suggested: "You ought to buy one of these mills, they will all disappear, and it would be a pity." Marechal de Lattre did, hereby ensuring their preservation.

Clemenceau's birth home is now a recently renovated museum. It was officially reopened in June 2018 by President Macron.

Open – see website for schedule
Address – 18 rue du Temple
85390 Mouilleron-Saint-Germain
GPS coordinates –  46° 40′ 31″ N, 0° 50′ 58″ O
Nearby Sightseeing
– La maison natale du maréchal de Lattre  1 rue Plante Choux
– La Colline des Moulins with 8 remaining windmills of which Clemenceau thought they should be protected. Today the windmills are in various states of restoration or ruin.  After a turbulent role in history, the hill itself is now not only a protected historic site but has also been classified as a Natural Area of ​​Ecological, Faunistic and Floristic Interest by the Ministry of the Environment.
– The ancient pond and laundry
– Fortified church
Images – by inthevendee 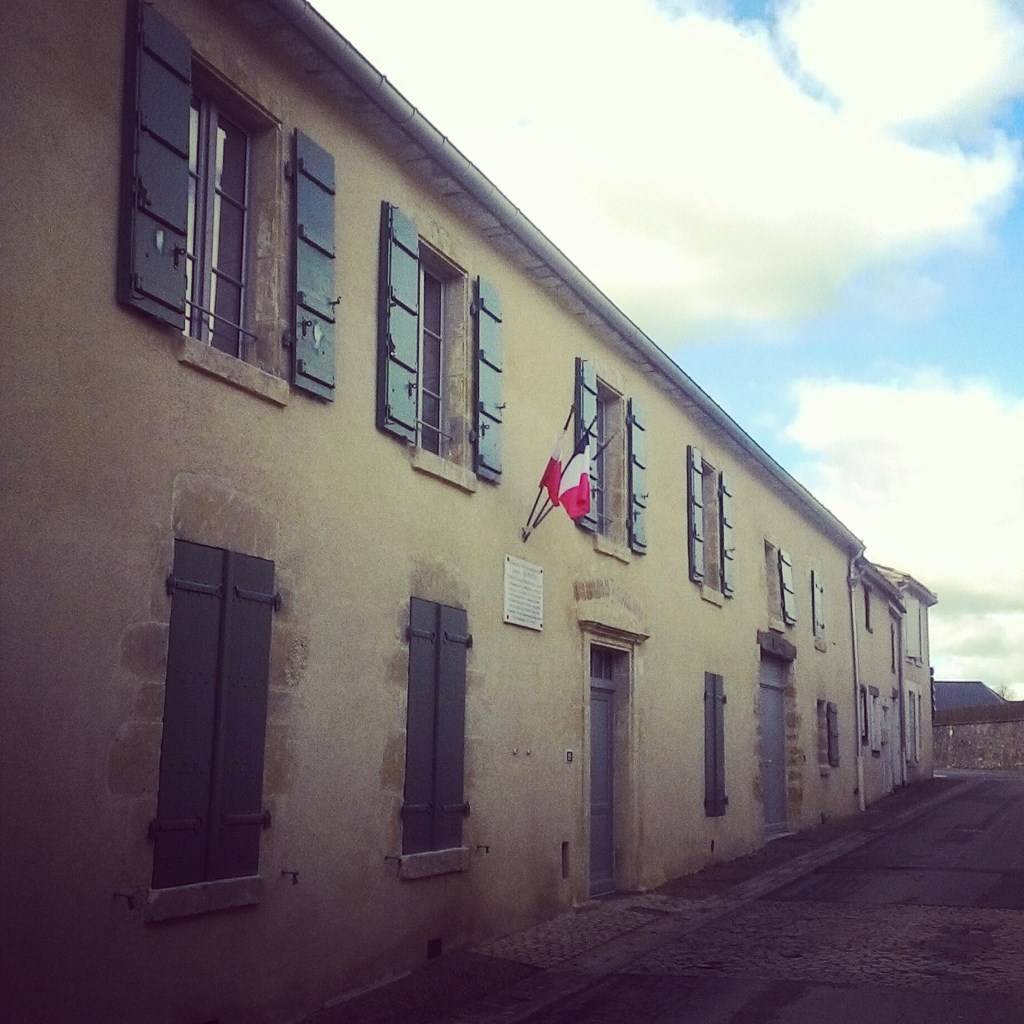 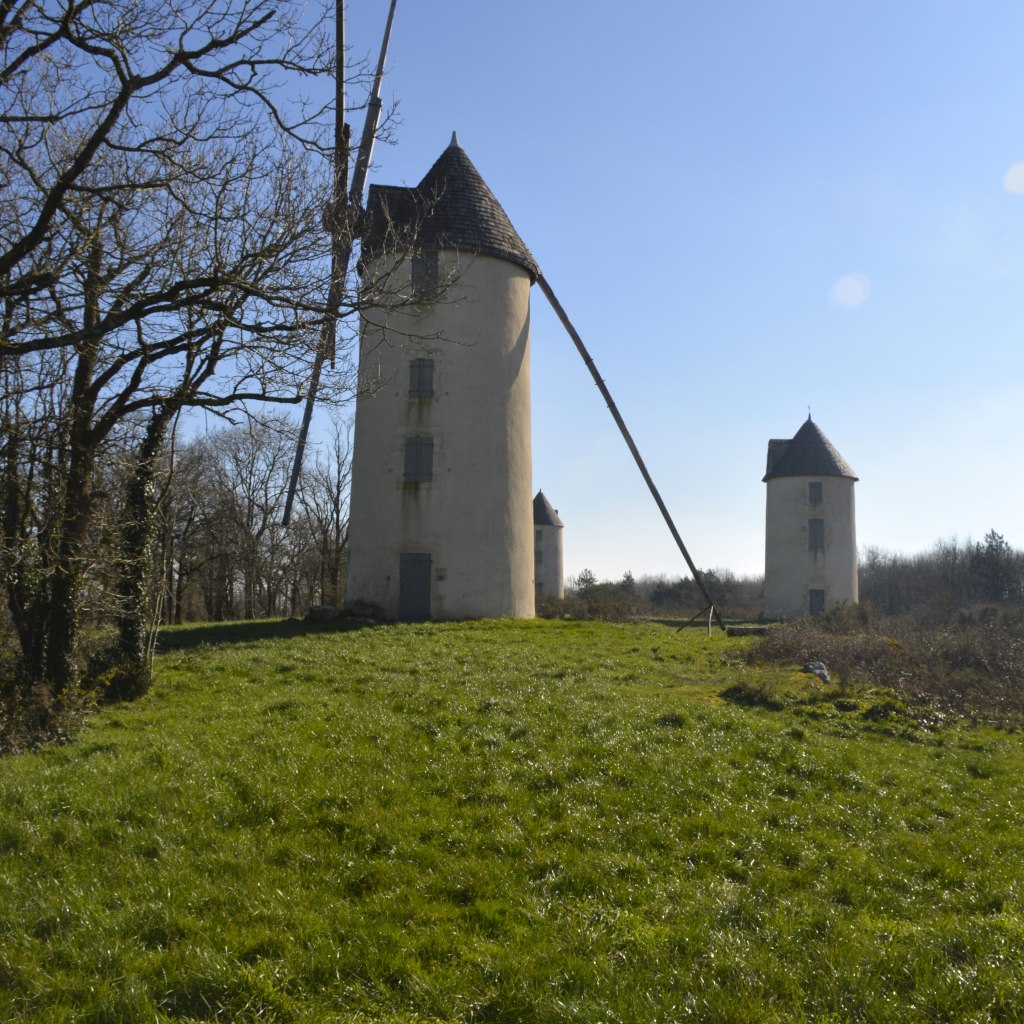 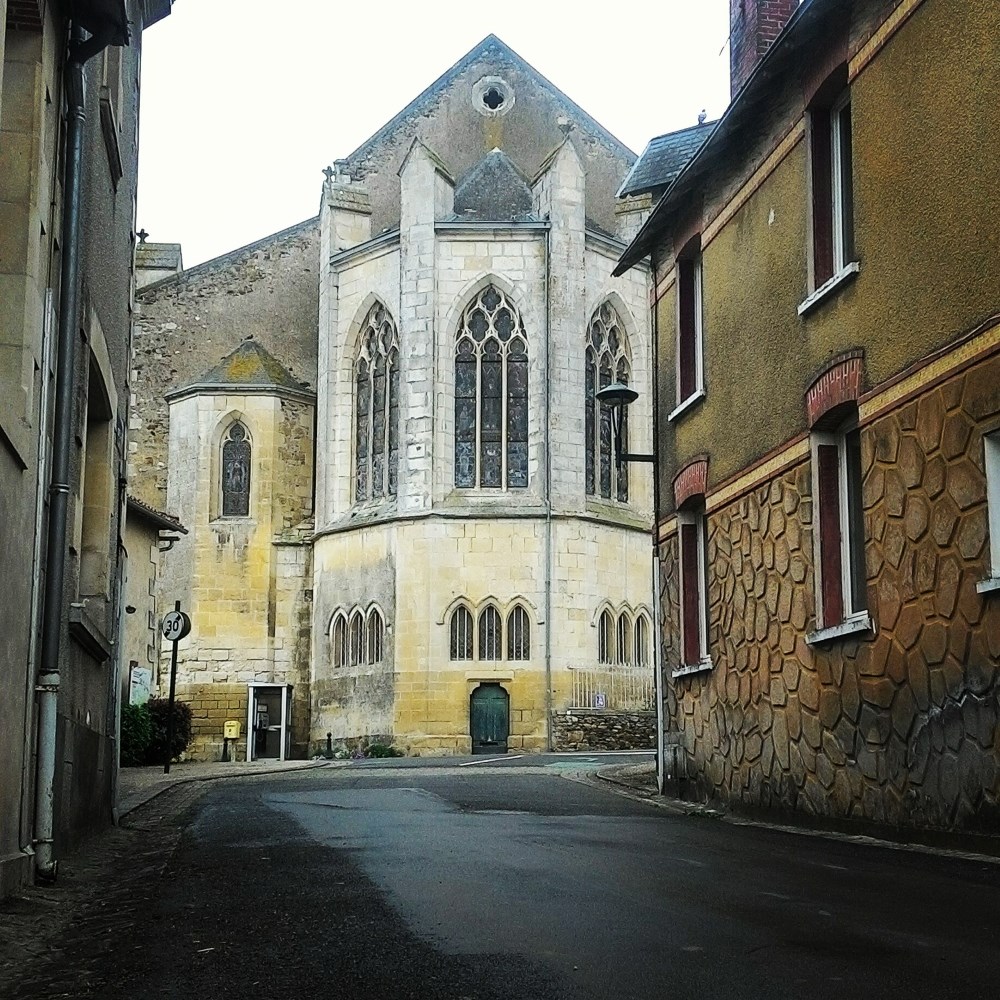 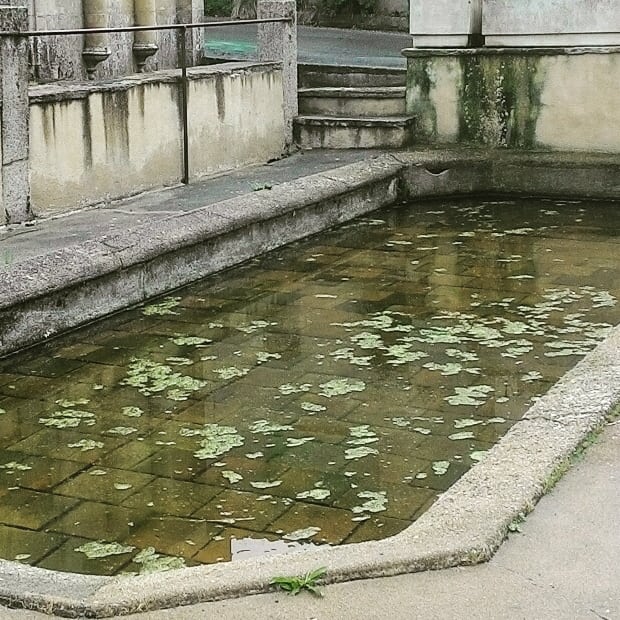 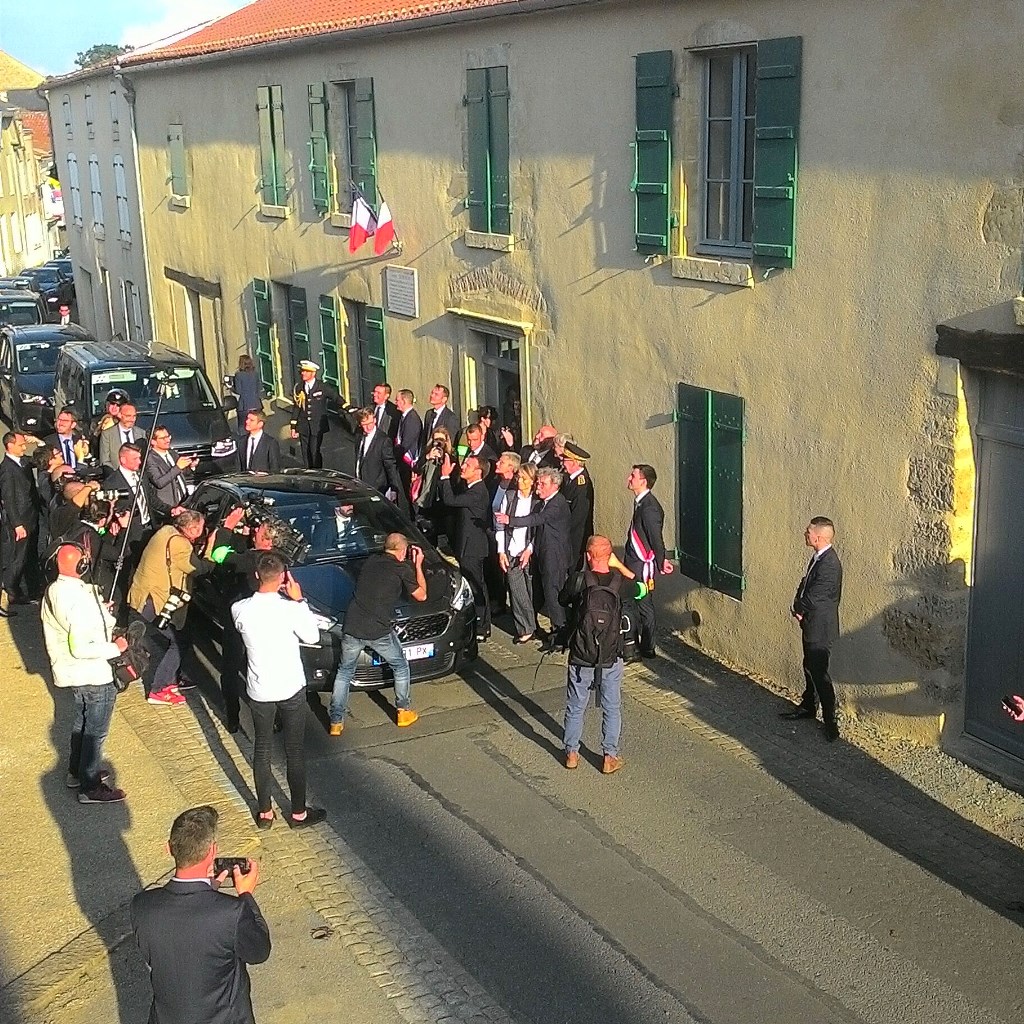 In Paris, Clémenceau became a political activist and author. In 1861, together with like-minded friends, he co-founded a weekly newsletter called Le Travail. On 23 February 1862, he was arrested for having placed posters calling for a demonstration, and was imprisoned for 77 days. He graduated as a Doctor of Medicine in 1865, started several literary magazines in which he published many articles against the imperial regime of Napoleon III.

When imperial agents began to crack down on rebels, Georges Clémenceau left France for the United States. From 1865-69, he worked in New York City.

While he had a medical practice, he was also a political journalist for a Parisian newspaper. In addition, he taught French in Massachusetts and horse riding at an all-girls school in Connecticut.

On 23 June 1869, Georges married Mary Eliza Plummer (1848-1922), one of his students. They had three children before the marriage ended in a combative divorce. During this time, he was a member of French exile organizations in New York, continuing to oppose the imperial regime.

Clémenceau returned to Paris at the fall of the Second French Empire. He had a medical practice in the Vendée, and became mayor of the 18th arrondissement of Paris. A long political career with varying success ensued.

For years Georges was the voice of radical French socialism, a position which earned him many enemies. In December 1892, there was even a duel with nationalist politician Paul Déroulède, who had accused Clémenceau of corruption. Six shots were fired, but neither man was injured. In journalism as well as politics, he remained a controversial figure. On 6 April 1902, he was elected senator while as a radical socialist, he considered the senate too conservative.

The house Georges Clemenceau rented to spend holidays in the last ten years of his life, is not just a place where he wrote. The small farmhouse is also a testament to the friendship between Georges Clemenceau and the famous impressionist painter Claude Monet.

Monet was Clemenceau's master and inspiration in horticulture. In 1821, the painter, who came to Vendée to visit his friend, gave Clemenceau some ideas for growing plants in the barren sand dunes of Saint-Vincent-sur-Jard. The result was a whimsical wilderness of flowers like soft coloured roses, white irises, dahlias, Japanese cherry blossoms... the scenery was reminiscent of a Monet masterpiece.

Through correspondence between the two men, the garden has since 2006 been restored to how it was when Clemenceau resided here. 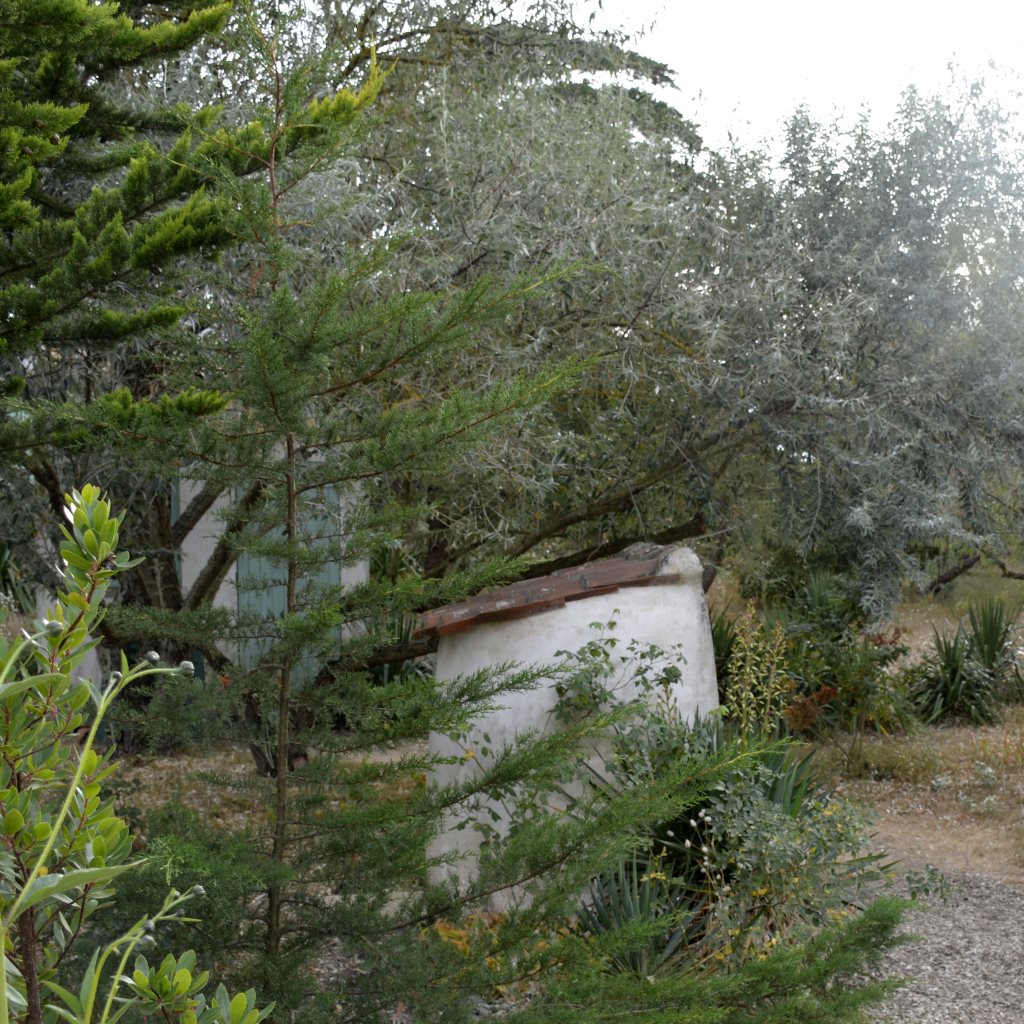 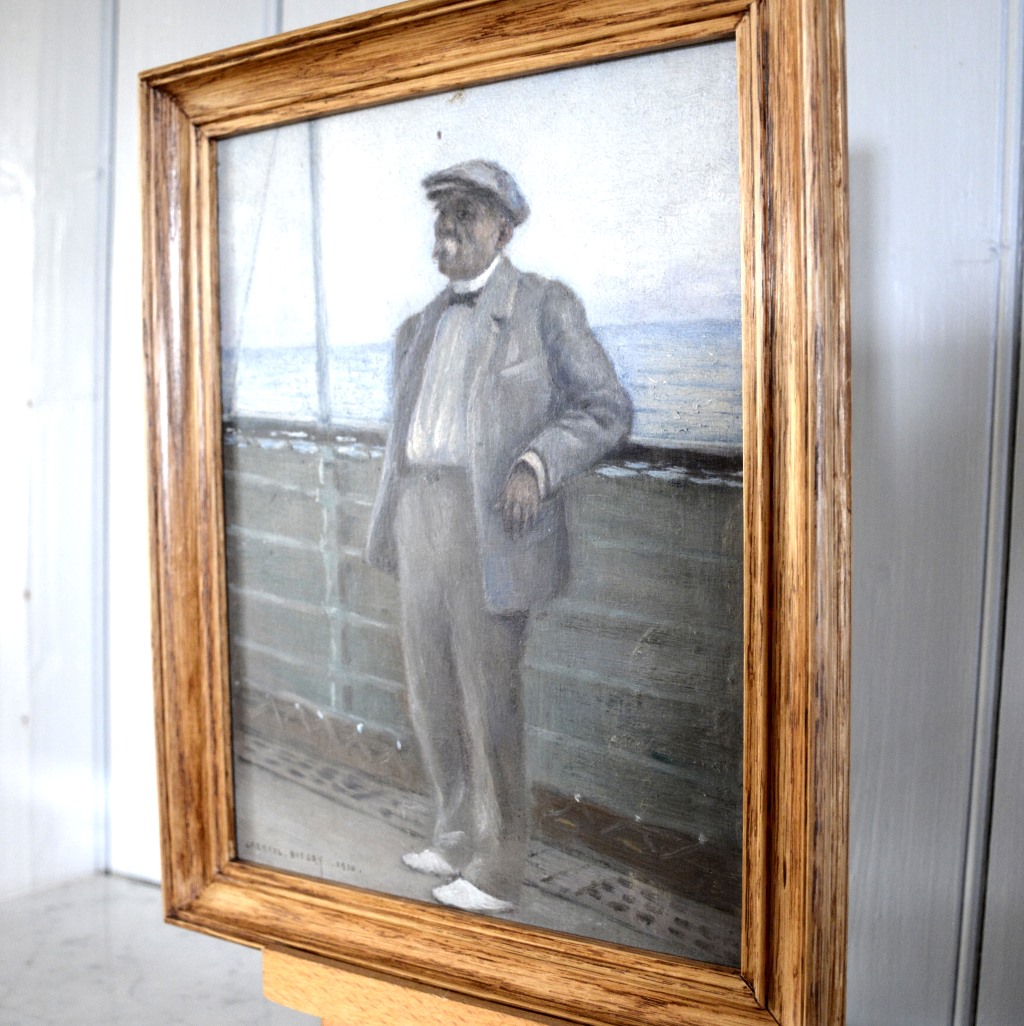 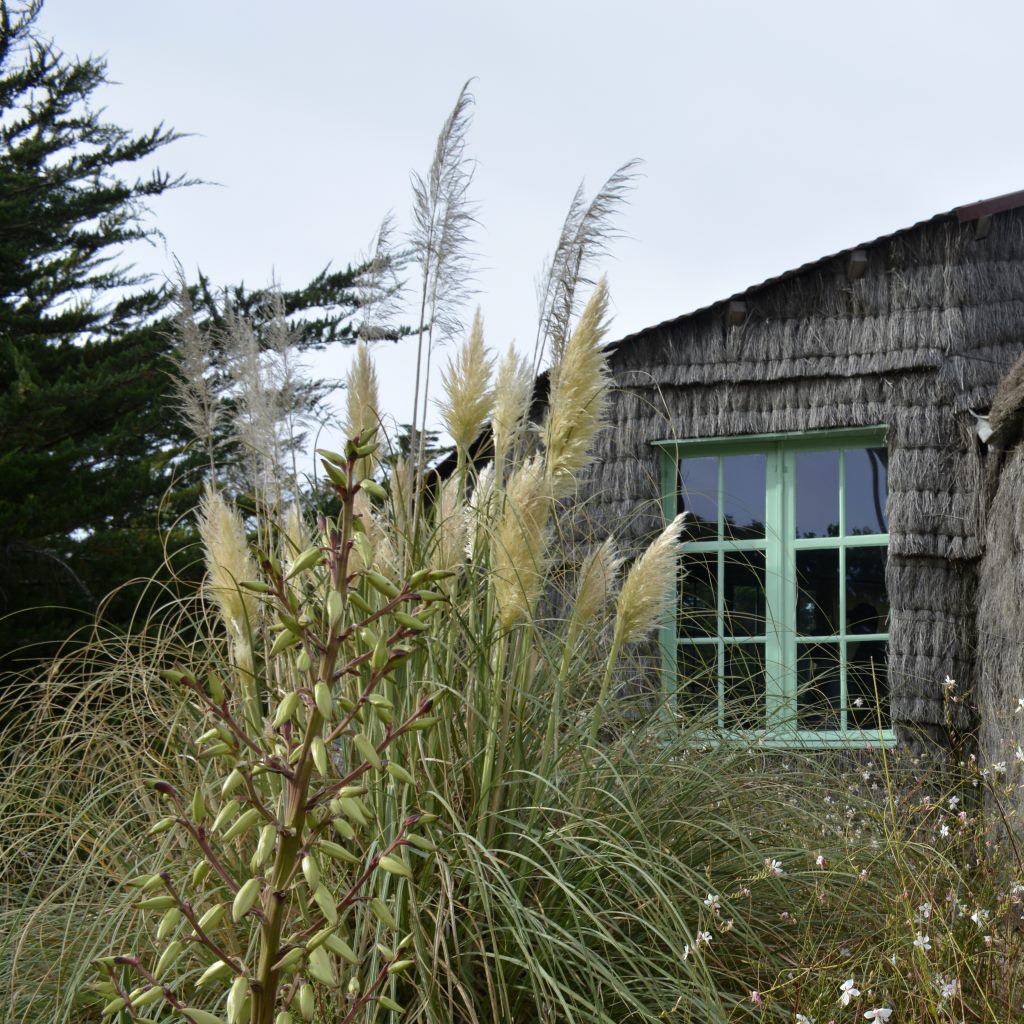 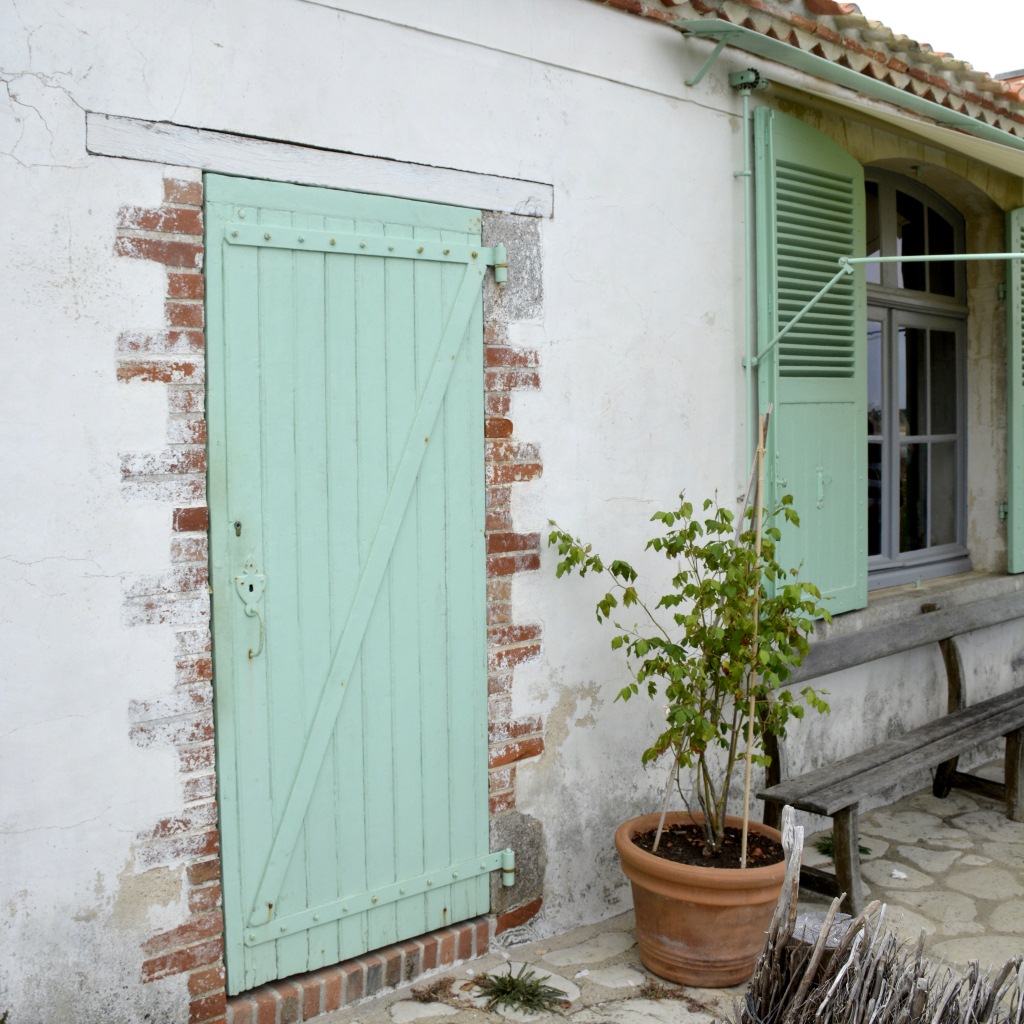 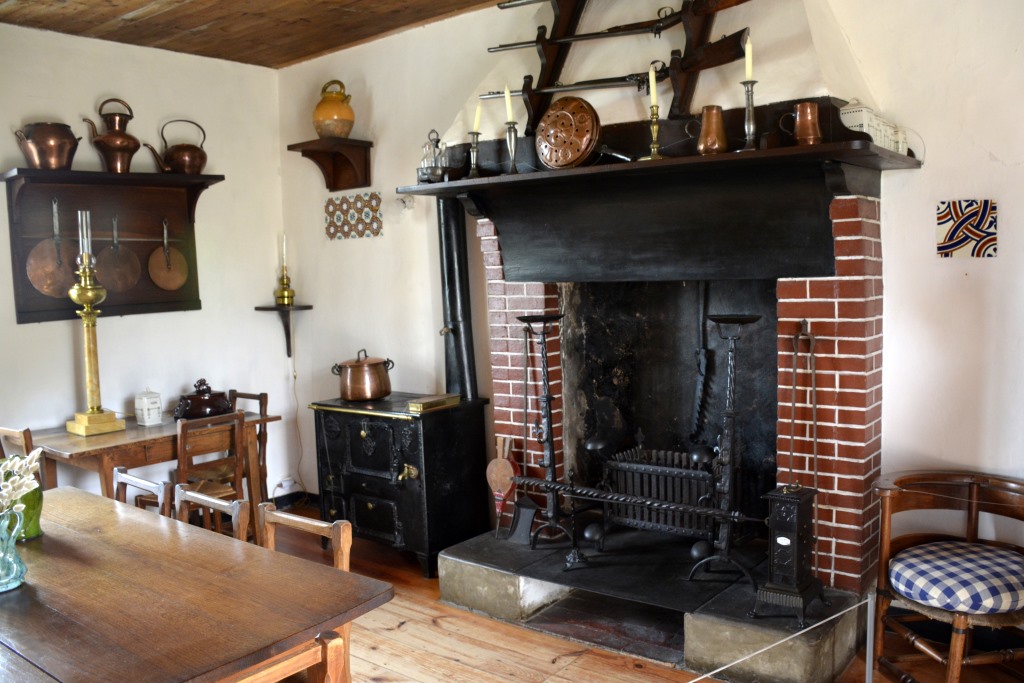 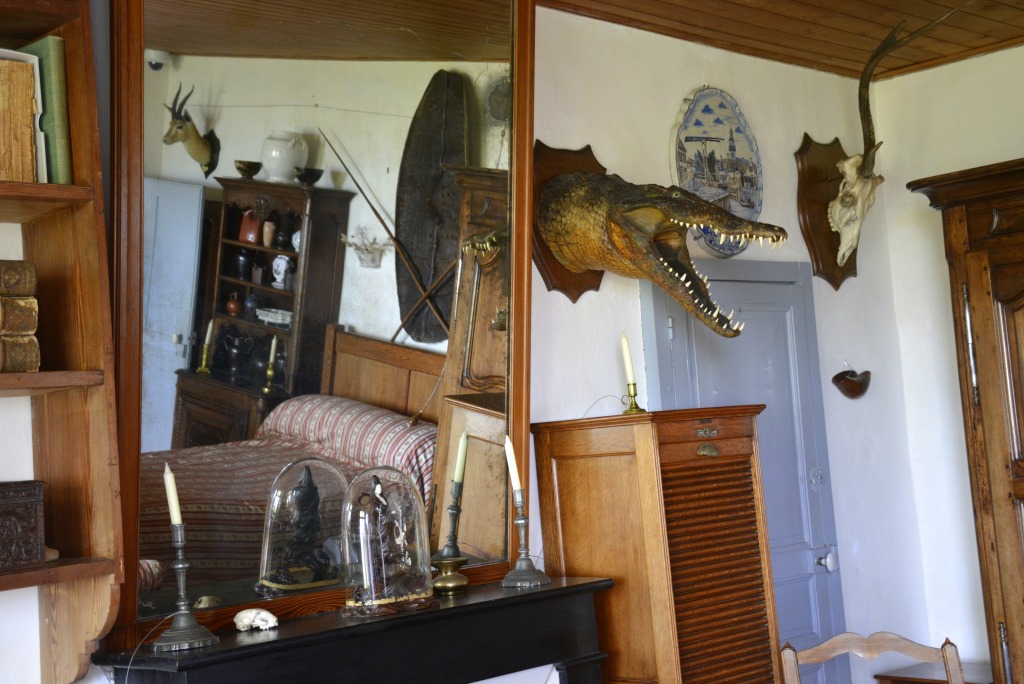 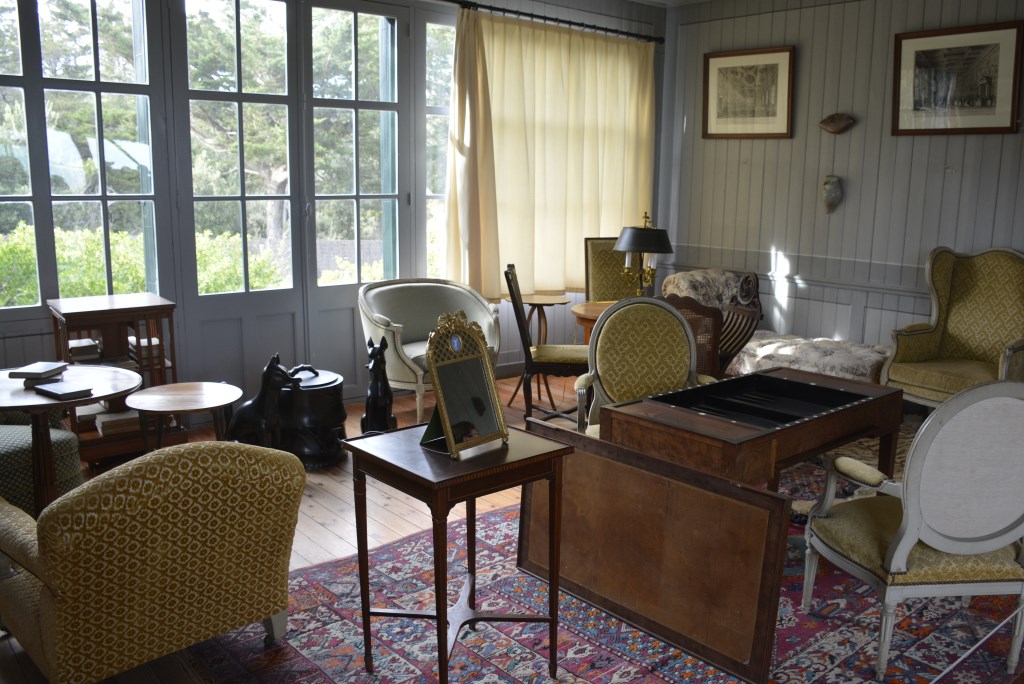 Side by side in all tranquility

Georges Clemenceau died on November 24, 1929, aged 88, at home in Paris.  In his will he stipulated to be buried "without procession or ceremony of any kind" next to his father at Le Colombier, the chateau where the Clemenceau family had settled since the end of the 17th century.

On November 25th Georges, President of France, was buried in Mouchamps. No amount of gendarmes could keep hundreds local farmers from attending the funeral.

Father and son Clemenceau are buried side-by-side on a rocky ridge overlooking the valley of the Petit Lay river, beneath a beautiful cedar Atlas tree planted in 1848 by Benjamin Clemenceau.

A small buvette is located nearby. Stop in for a drink and a chat with the lady whose parents ran father Clemenceau's farm. She is a very lovely French lady who has cared for the burial site for many, many decades, and is happy to give you an impassioned account of Clemenceau's life. Including the fact that he was "naughty" with the ladies.

She is a humble farmer's daughter who by the sheer location of her birth and childhood has met her share of French presidents, including Emanuel Macron on June 13th, 2018. 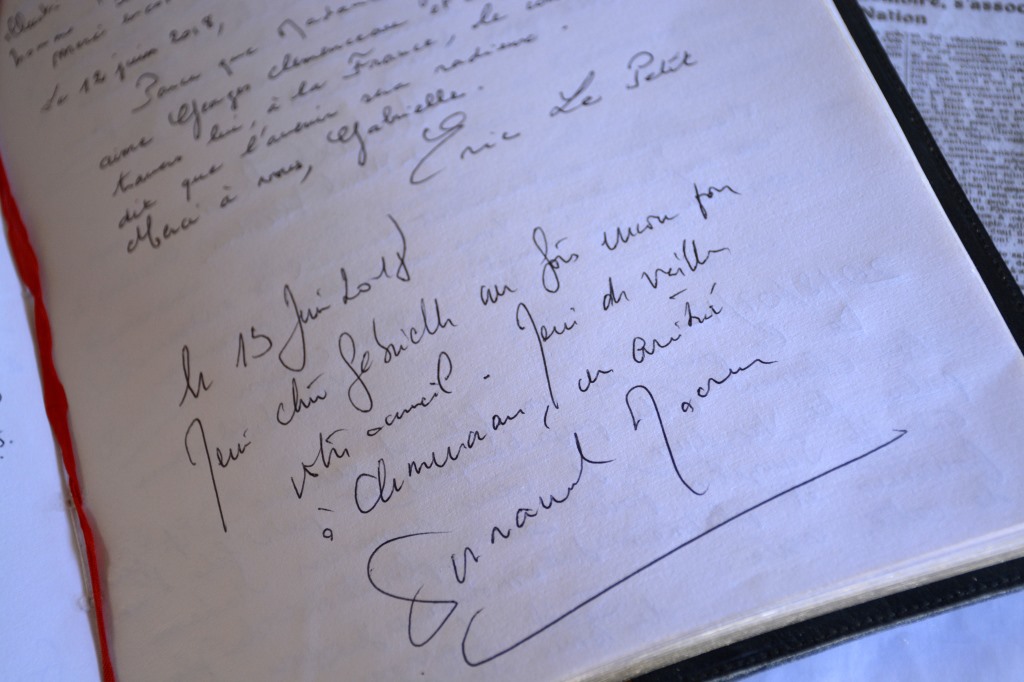 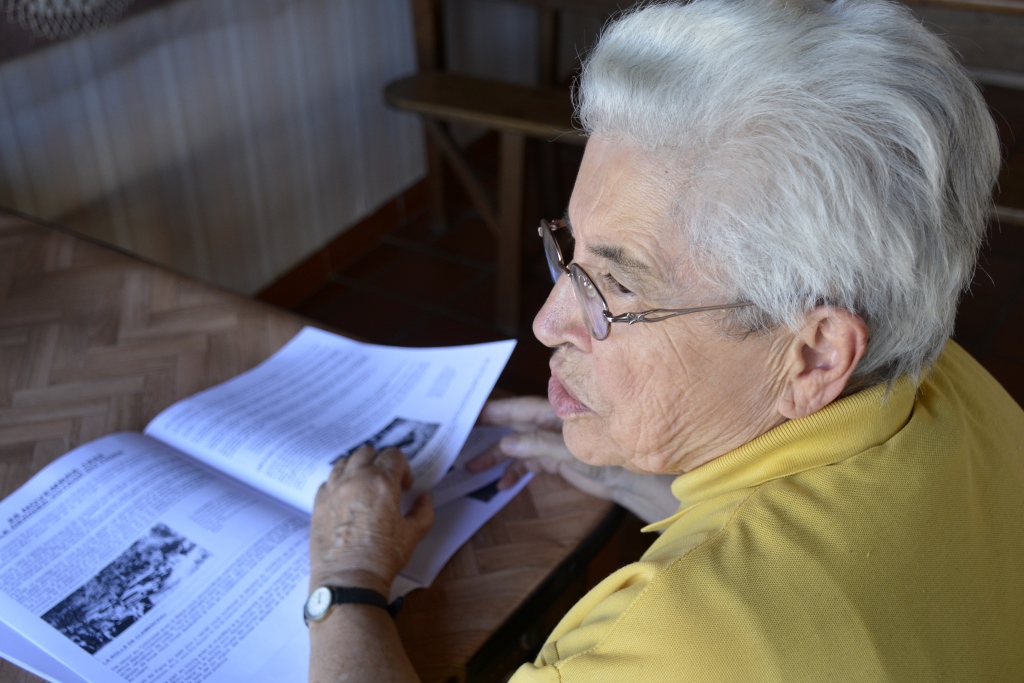 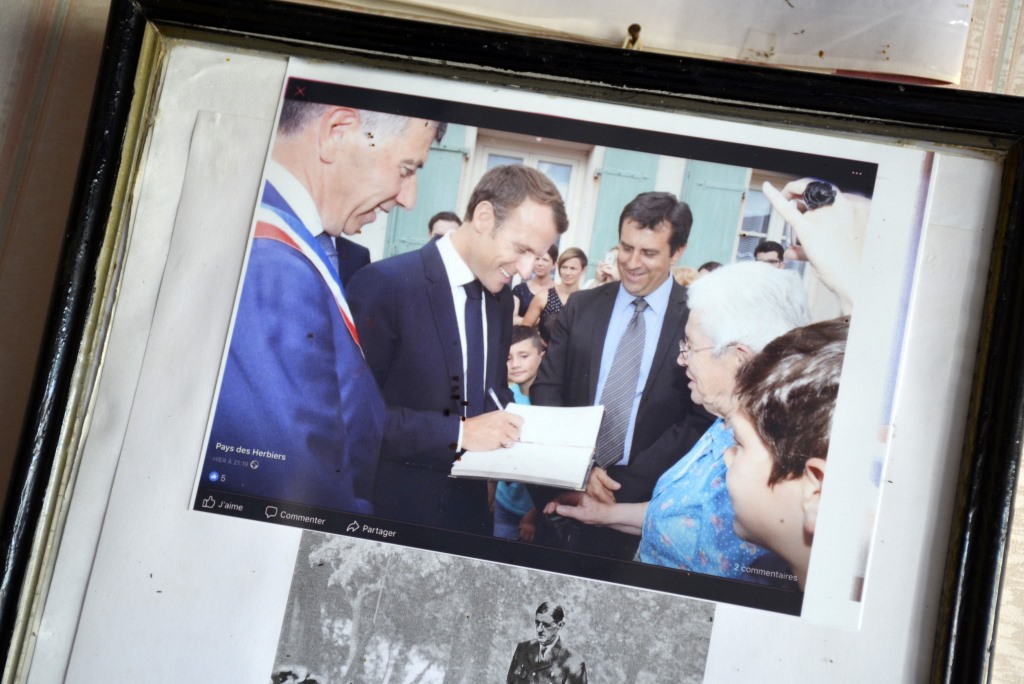 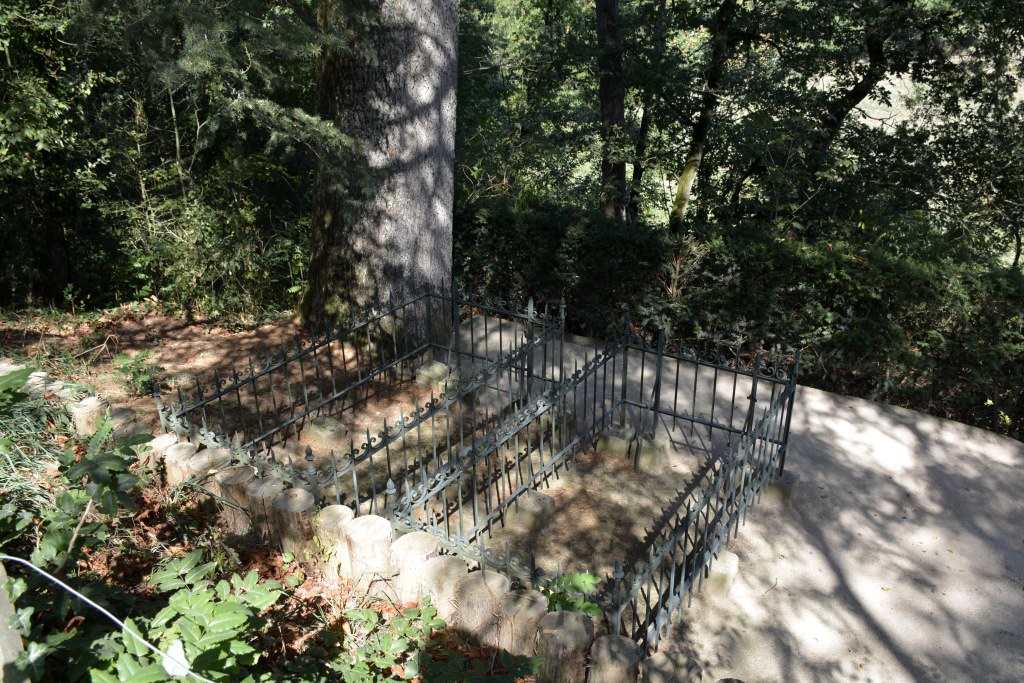 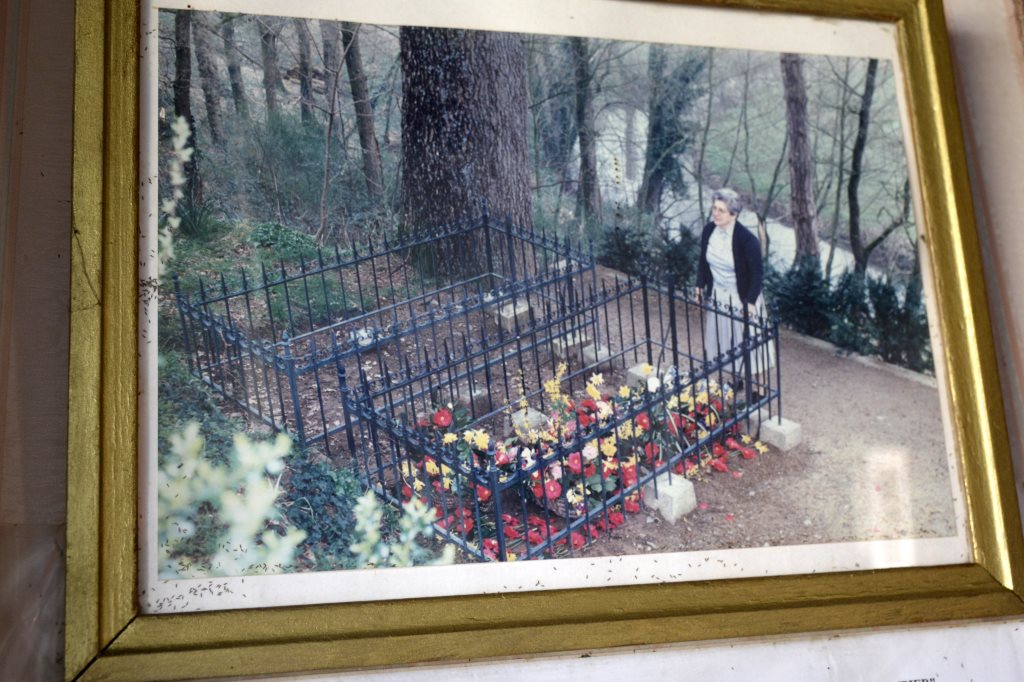 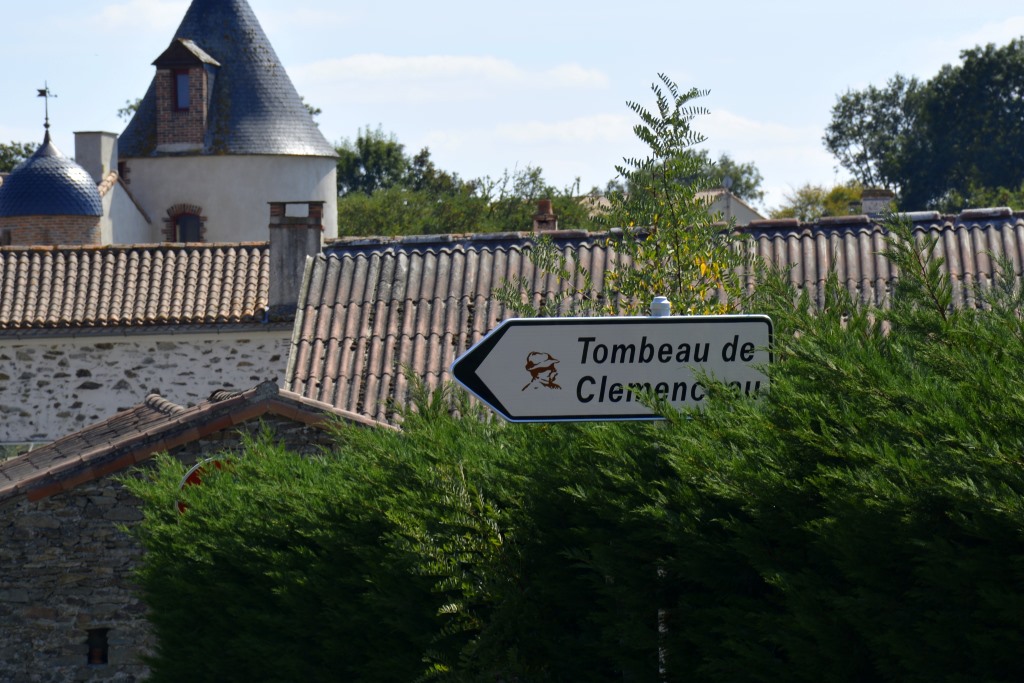 A man of great achievement

Georges Clemenceau was a Radical Republican  from 1871–1901 and a Radical-Socialist Party between 1901 and 1920. Accomplishments by Clemenceau during his tenure as French Prime Minister, the Highest Office in France at the time:

The books – Following retirement from politics, he wrote biographies about the Greek orator Demosthenes, and the French painter Claude Monet. He also authored a two-volume tome about philosophy, history and science, entitled Au Soir de la Pensee, between 1923 and 1927.

In the last months before his death on 24 November 1929, he wrote the first draft of his memoirs. They were published posthumously with the title ”Grandeurs et Misères d'une Victoire” (The Grandeur and Misery of Victory).

Read all about The Vendee Wars!