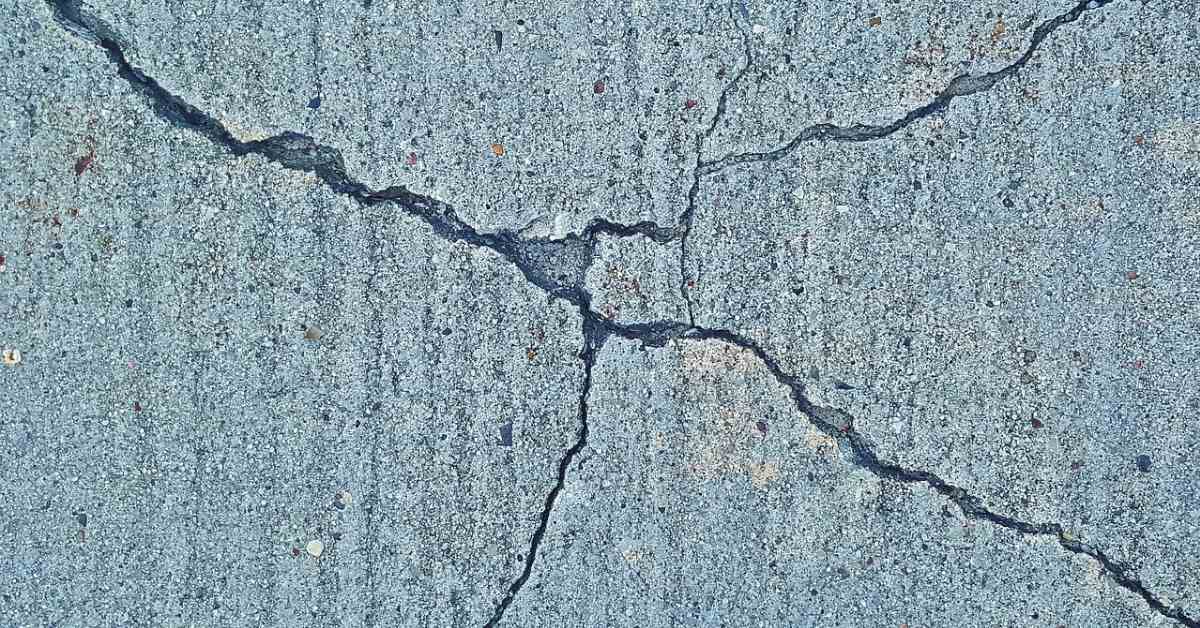 Needless to say social media shook quite instantly with people wondering what had happened or even excitedly posting the “freaky” occurrence. Some had never experienced or even felt a quake before and were as curious as shaken up about it. Fortunately, there are no reported injuries or property damage, but there are reports of aftershocks.

The last time an earthquake occurred was in February 2018 and the force was like Friday’s. Earthquakes happen more often; they are just not big enough for us to feel.

In case you didn’t know, the Vendée is not immune to earthquakes and here’s why: the coastal area of the region is located to the south of the intraplate Armorican area. a geologic massif (an old mountain range) that spanning Brittany, the western part of Normandy, and the Pays de la Loire. The name Armorican Massif comes from Armorica, a Gaul area between the Loire and the Seine rivers.

The fault system curves in the Vendée from a south-east/ north-west into an east-west direction toward south-Brittany and further westward along the boundary fault of the West European basin and the British Shelf. The region’s tectonic history dates to Variscan times, a geologic mountain-building event some 370 million to 290 million years ago.

Due to its frequent seismic activity, the area is monitored both onshore and offshore.

Seismic activity cannot be ruled out in many parts of France. In 2011 the government issued a Seismic Zone map showing the risk zones. As you can see from this map (still current – we searched high and low for an updated map but didn’t find one) – the Vendée is in Zone 3 – indicating a moderate risk of earthquakes. 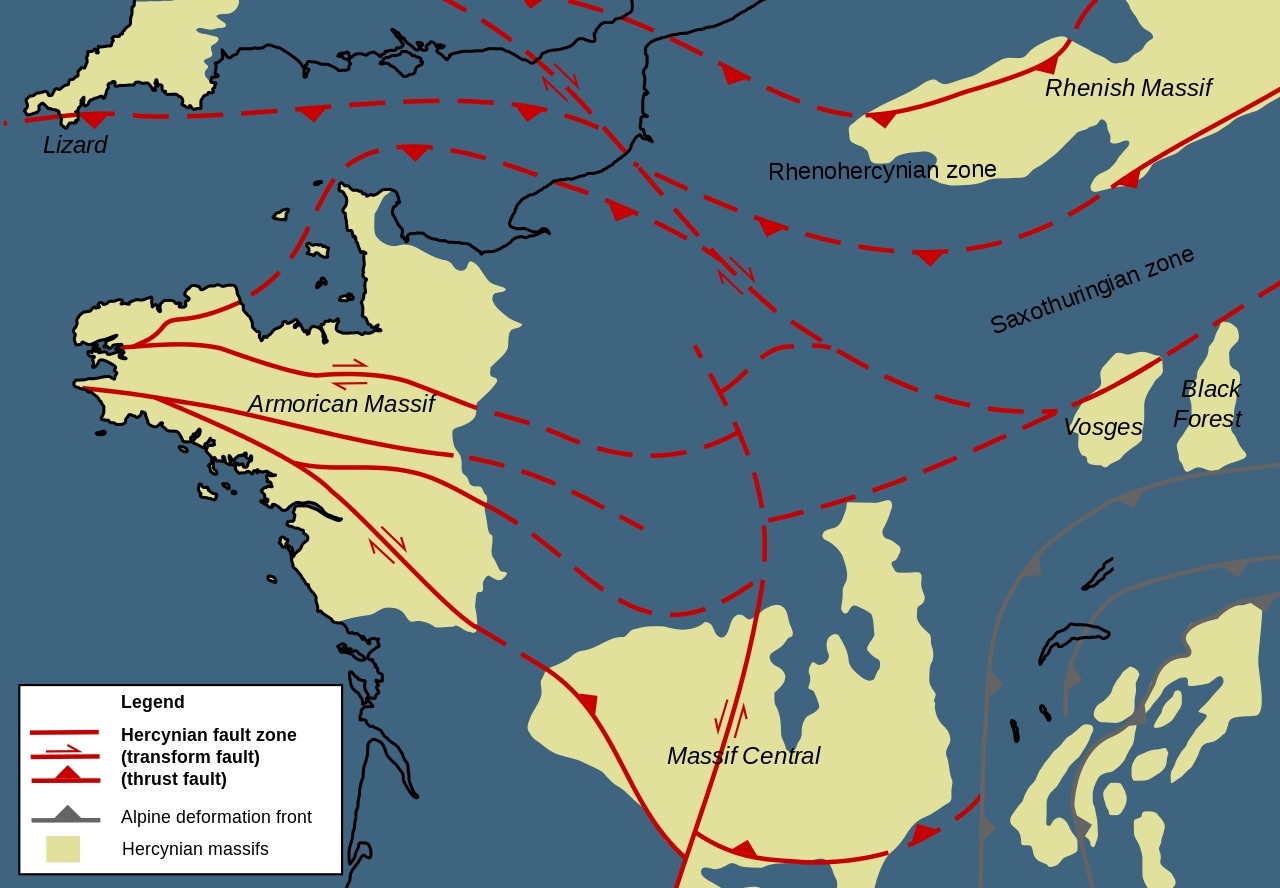 Should it be cause for panic? Absolutely not! The purpose of this map has much more to do with risk prevention and protection (e.g. construction zones, location of bridges, pipeline transport) and to enforce building safety standards and construction materials.

And are you confused by the time and depth measurements of earthquakes? Don’t feel alone! Here’s what you need to know: 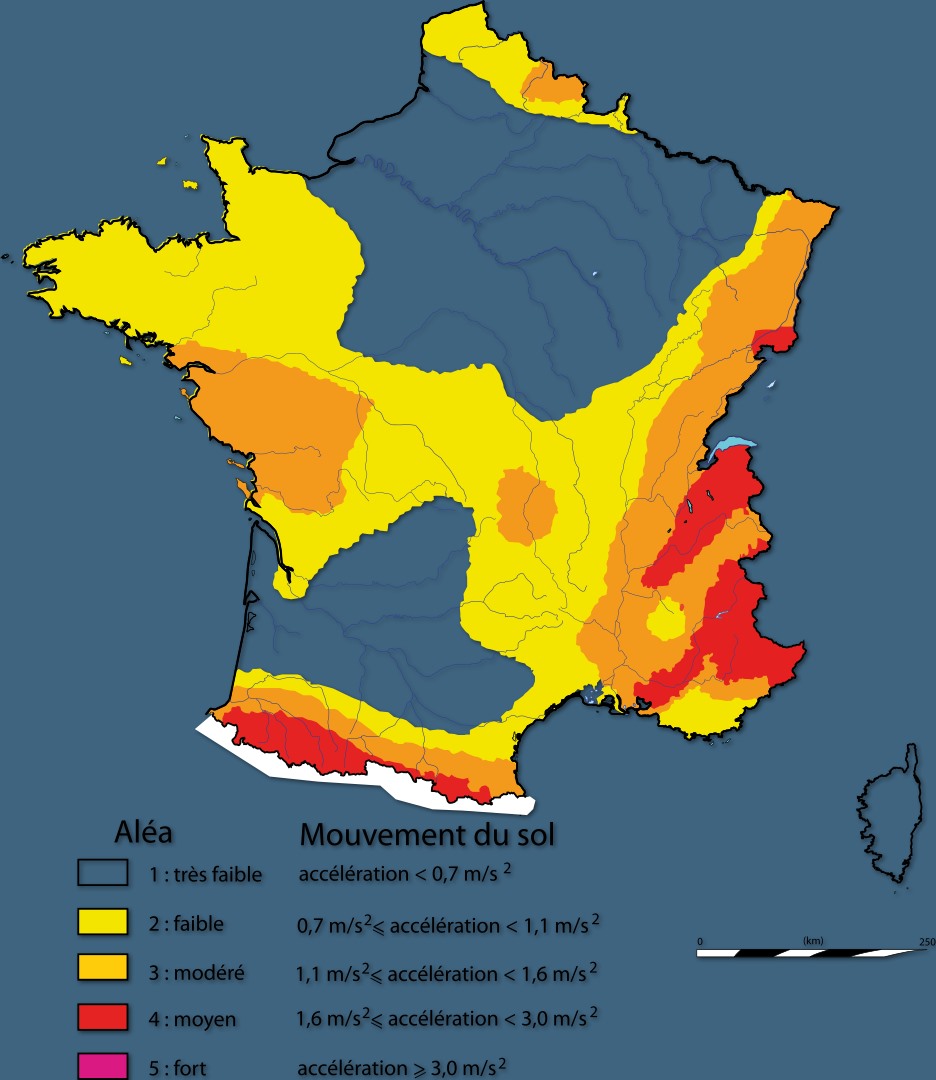 Report your experience!
Why should you? Actually, Internet users are an important source of information in the collection of data used to form a more detailed snapshot of earthquake-prone regions.  The DYFI (Did You Feel It?) citizen science webpage for instance, was developed to get more complete descriptions of any occurrence world-wide, the damage caused and perhaps most importantly the effects of an earthquake on the community. Data submitted by the ‘average Joe’ is even used to create maps and graphs in ‘real-time’ or instantly.  DYFI encourages people to share their experience through a short questionnaire (just tick the boxes) – even if your community was already represented by another user. The more info is received on an area, the more reliable local information becomes.

Even if you didn’t feel the earthquake, your report is super important to gauge the percentage of ‘felt’ vs ‘not-felt’ experiences, as well as to gauge of where that boundary exists.

This is the information or data collected about Friday’s earthquake, so far:
https://earthquake.usgs.gov/earthquakes/eventpage/us6000443c/executive
Current seismogram displays France:
https://renass.unistra.fr/

What to do in case of an earthquake?

What not to do in case of an earthquake?

Do you feel informed? Great! Next time the earth shakes, rattles and rolls under our feet you’ll know the what and the why. Just remember that the last major historical earthquake in the Vendée (M6) occurred on January 25th, 1799. And the average for a (small) earthquake to occur in the Vendee is about every 2 years.