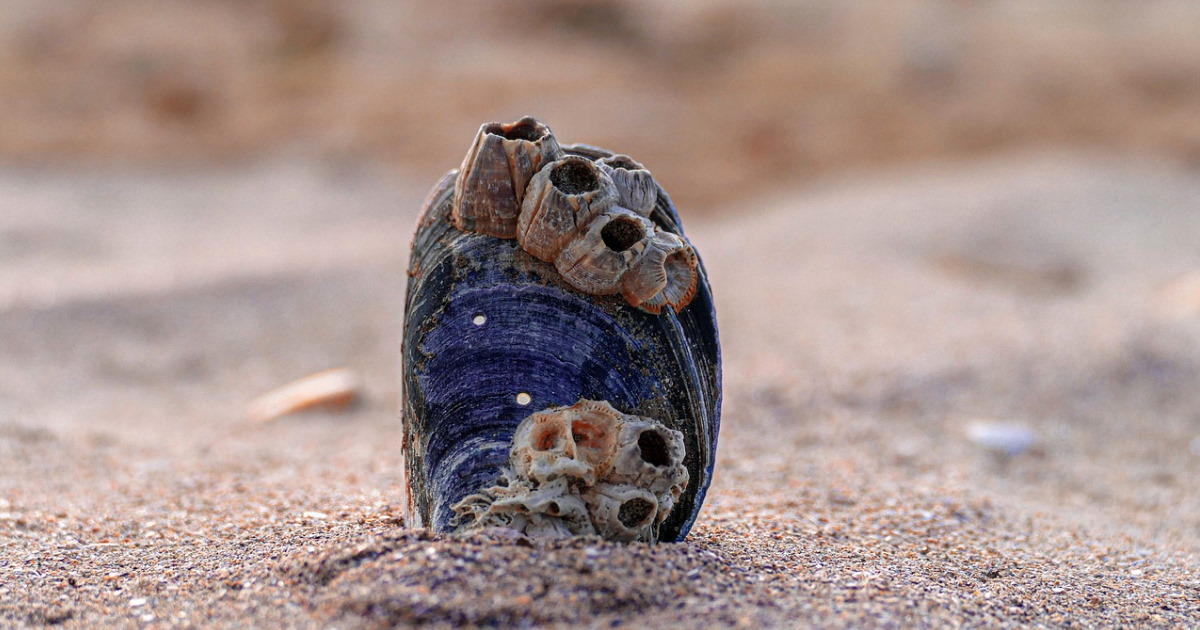 Food and the outdoors are probably among the most beloved activities in France. In the Vendée we are lucky to be near the Atlantic coast. On sunny days we can flock to the beaches at low tide, armed with wire baskets, spoons, shovels and rakes. We can go on a mission, striding across the wide beaches with purpose because low tide has given way to hidden treasure: the ingredients for a delicious shellfish dinner. Welcome to the what, the where, and the how of the oldest form of fishing known to man: hand gathering or pêche à pied.

What is pêche à pied –

First let us state we've had a difficult time finding the right translations or terminology in both English or Dutch for this particular activity. Shore fishing, hand gathering (also a sewing term), clam digging... To be honest, we find the French term for this popular pass-time the best. It describes perfectly what it is... but a literal translation to foot fishing sounds like fishing for feet! Which is not what we're doing here. No ... we are collecting shellfish on the beach or fishing on foot or hand gathering or clam digging.

There are common sense rules when it comes to the harvesting of food resources in the wild. In any type of foraging some knowledge is required, but so is recognizing when to leave something for the next person that comes along... It is not only the law in France,  it is a courtesy that runs so much deeper than what's right in front of us.

In 1833, the British economist William Forster Lloyd wrote about the 'Tragedy of the Commons', a citation that to this day is used quite often in relation to environmental science and sustainable development.

Having access to a common hunting ground such as the ocean for fishing, the beach for fishing on foot, or the forest for foraging, can lead to problems that affect the environment far into the future.

This is why there are rules and regulations to follow e.g. France has a weight limit for harvesting scallops and whelks (among other fruits de mer) per pêche à pied outing.

By acting in one's own self-interest we're not only depleting the shared resource, we're also in danger of damaging a valuable eco-system.

Fishing from the beach or the rocks by the sea does not require a permit in France.

The proper etiquette, in France...
(and elsewhere)

What are the tools of fishing on foot?

Learning the proper regulations of recreational shellfish gathering on foot
extends respect to tradition, biodiversity, and the environment!

How to dig for shellfish on the beach –

Safety for yourself and others

Best spots for fishing on foot in the Vendee – 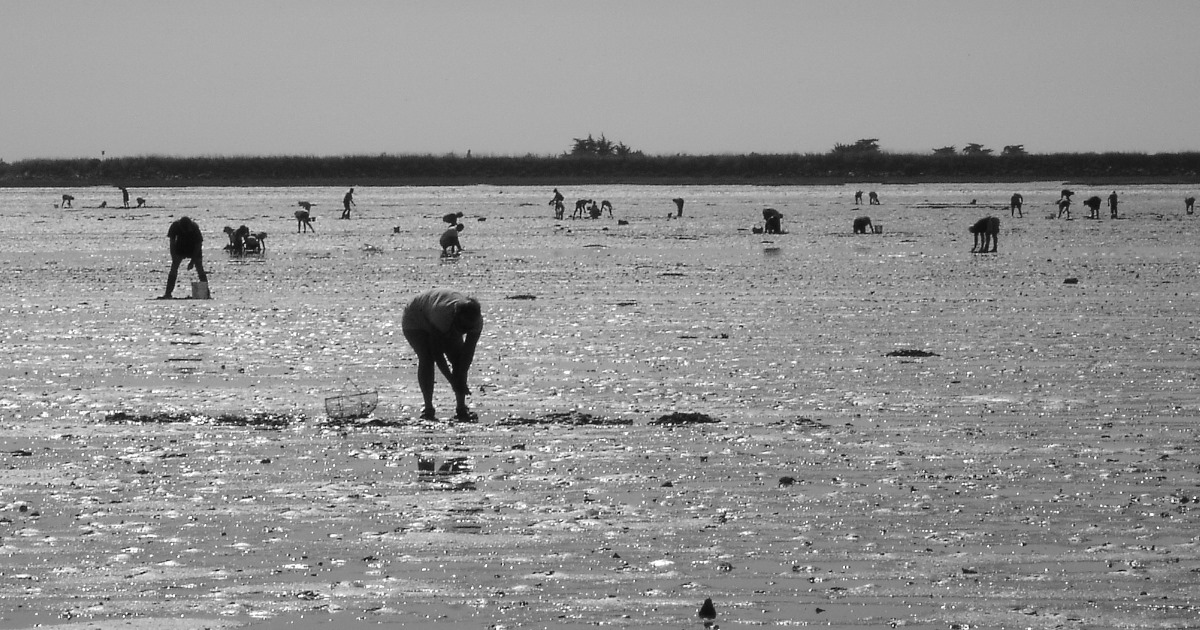 Shellfish poisoning can be caused by the consumption of shellfish contaminated with bacteria or, more commonly, viruses. Contaminated shellfish may include shrimp, crabs, clams, oysters, dried fish, and salted raw fish. Bad shellfish can be recognized by:

Symptoms of shellfish poisoning include nausea, vomiting, diarrhea, abdominal pain, and cramps. If a person has blood in their stool and/ or fever, it may indicate a bacterial infection. Symptoms occur within 1 to 48 hours of eating shellfish and it only takes 1 out of the bunch to make you sick. Additional symptoms can include numbness or tingling in your mouth, headache, dizziness, feeling hot and cold all the time.

What to do in case of shellfish poisoning? There is not much you can do. It's important to expel the poison from your body. Drink lots of clear fluids to keep hydrated. Antimotility (diarrheic) drugs can have an adverse affect and worsen or lengthen the illness, so do not use them. Do not self-medicate. Store any leftover shellfish in the fridge for possible analysis.

When should you seek medical treatment? If symptoms persist for several hours without holding down fluids. or in the case of fever or blood in the stool, it's important to get medical treatment!