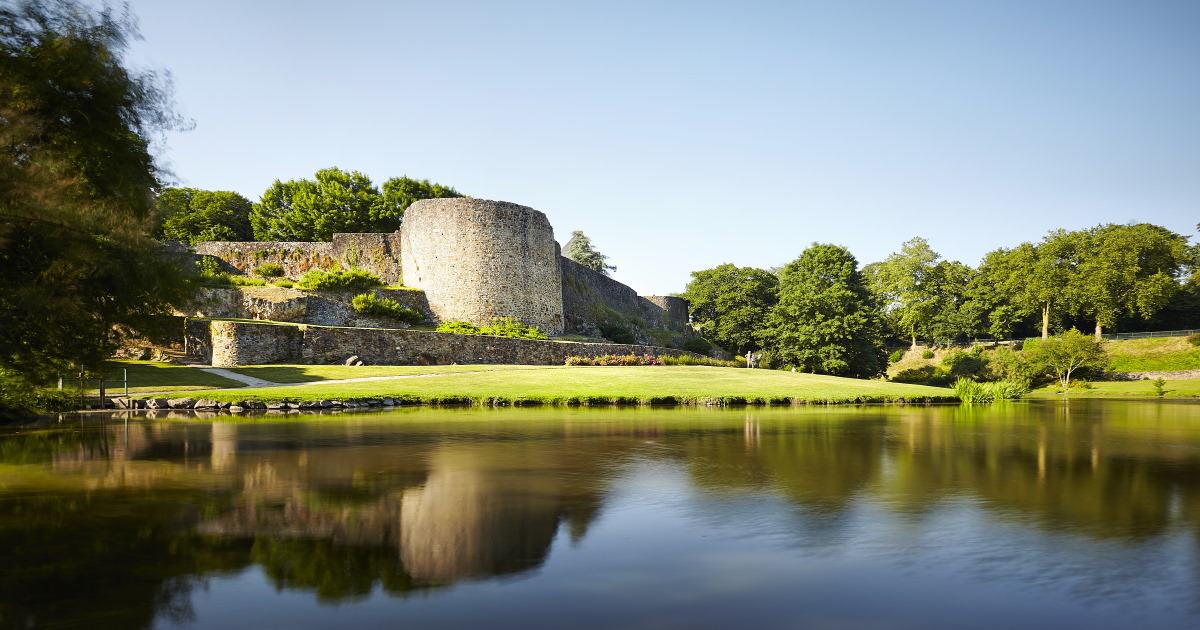 In Gallo-Roman times on an intersection of two important Roman 'highways' grew the village of Durivum. Situated in the very north of the  department of  Vendée, the village known since 2019 as Montaigu-Vendée is a treasure. The vision of the Lords of Montaigu included a focus on education, a vision whose affect can be felt even today, making Montaigu and its array of fused villages a desirable place to live. But the area is also hilly and, thanks its many streams and rivers, lushly green and ideal for viticulture. Our investigation not only revealed Durivum's intersection in Roman times... in the Vendée we know that where a rich history, water, vineyards and castles meet, we have discovered an ideal spot for exploration and discovery. Welcome to Montaigu-Vendée!

The ancient Durivum (also Durinum) was a historic village between Brittany, Anjou and Poitou. In Roman times it may have been one of the most important locations of the Bas-Poitou region, located on the intersection of two Roman 'highways' (Viae stratae seu calcatae), one coming from Nantes and Rezé and going to Limonum (Poitiers); the other going from Angers to the ocean by Ségourie.

While Durivum was established during the Roman era, there is evidence the area was populated much earlier than that with pre-historic remnants like the Menhir du Grande Bernerie.

By the 8th Century the village was renamed. Derived from the Latin mons acutus, meaning 'sharp mountain', it became Montaigu. Under roman influence it had been developed to a commercial hotbed but was destroyed in the Viking invasions that plagued the Western coast of France.

In the 9th Century the village was known as Saint-Georges-de-Montaigu. To protect against persistent Viking raids, a castrum (wooden castle on a mound of earth) surrounded by a palisade wall was built strategically where the Maine and L'Asson rivers meet.

In the 10th century the Lord of Montaigu was established in the village but the first Lord of Montaigu mentioned (in 1099 - so, 11th Century) was Maurice I de Montaigu, whose daughter Agathe wed Brient I de Commequiers, Maurice's successor. They had three children, the oldest of whom, Brient II, became Lord of Montaigu in 1174. It is probably he who may have ordered the construction of a Romanesque keep (a square tower with flat towers at each corner), and ordered for the wooden palisade to be replaced by a wide dry mote.

After the Montagues pledged their allegiance to the Plantagenets, Henry II, Richard the Lionheart and Jean-sans-Terre, the complex history of Montaigu continued as follows:

Upon advice of King Louis XI Louis I de Belleville fortified the city between 1464 and 1468 (in protection against the Bretons). A large stone castle boasting twelve towers was attached to a large fortified city consisting of ramparts and three fortified gates. A 16-meter dry ditch separated the fortified city from the fortress. La Digue (see below) was also a unique part of the city's strategy, an embankment where one could defend standing but also with boats.

The Montaigu Lords possessed extensive executive and judicial powers which included an army of knights, and land administrators who collected taxes.

The village grew to be powerful with a thriving community of merchants and commerce. Montaigu was the center of seigneurial administration and trade. The Lords were also proponents of education, pioneering schools to be built for teaching purposes. It was a vision that would have a lasting positive effect on the area.

In the 16th century, the French king Henri III (whose parents were Henry II of France and Catherine de Medici) limited seigniorial independence throughout the country, so too in Montaigu, which became a "seneschalty".  In medieval France, a seneschal was an administrator or royal steward governing the entire country but over time this important duty morphed into the seneschal serving as the chief justice of the royal courts in a particular area. Montaigu now included a court and prisons.

In 1793 the Battle of Montaigu took place. For that story, keep reading below images.

After the revolution, around 1810, the function of court and law disappeared from the village, events that stole some of its influence over the region but thanks to its powerful presence and development spanning the previous centuries, and mainly due to the many schools Montaigu was renowned for, it remained an important center for trade, notaires (lawyers), doctors, family businesses, and agricultural development.

Even today Montaigu is still appreciated for its many medical services, and its position as an industrial, commercial, administrative, and educational community. In a merger of local communes consisting of Boufféré , La Guyonnière , Saint-Georges-de-Montaigu , Saint-Hilaire-de-Loulay and Montaigu, the municipality effectively became Montaigu-Vendée on January 1st, 2019.

As  the fourth most populated municipality in the department of Vendée it rests between La Roche-sur-Yon, Les Sables-d'Olonne and Challans, ahead of Les Herbiers and Fontenay-le-Comte.

Below images: Battle of Montaigu + things to see and do 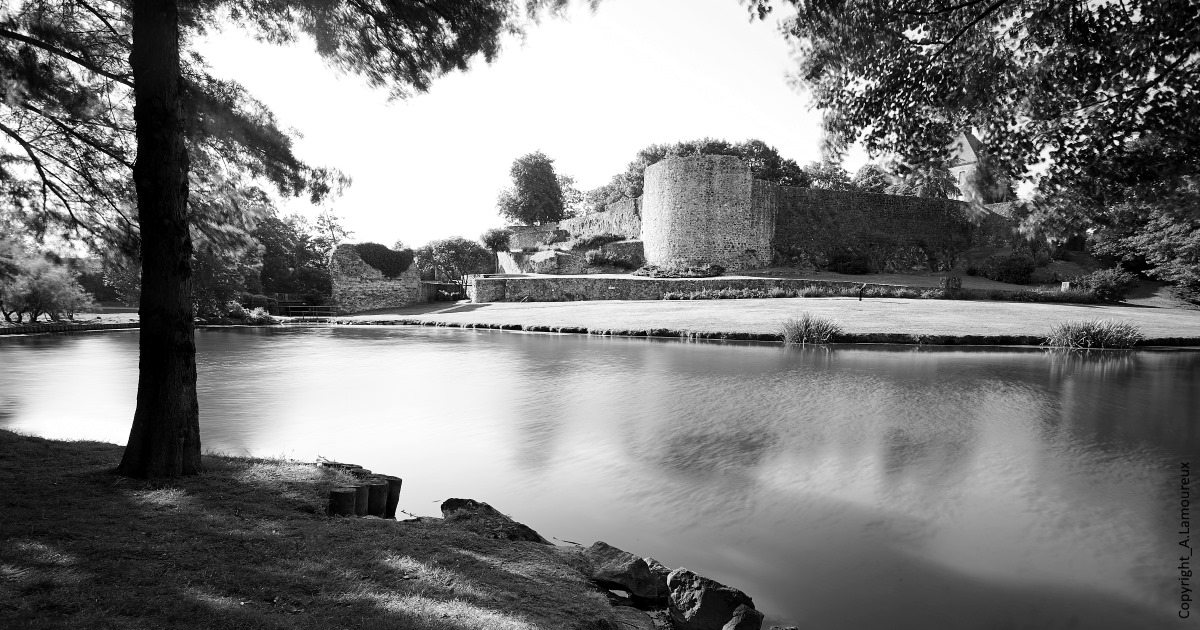 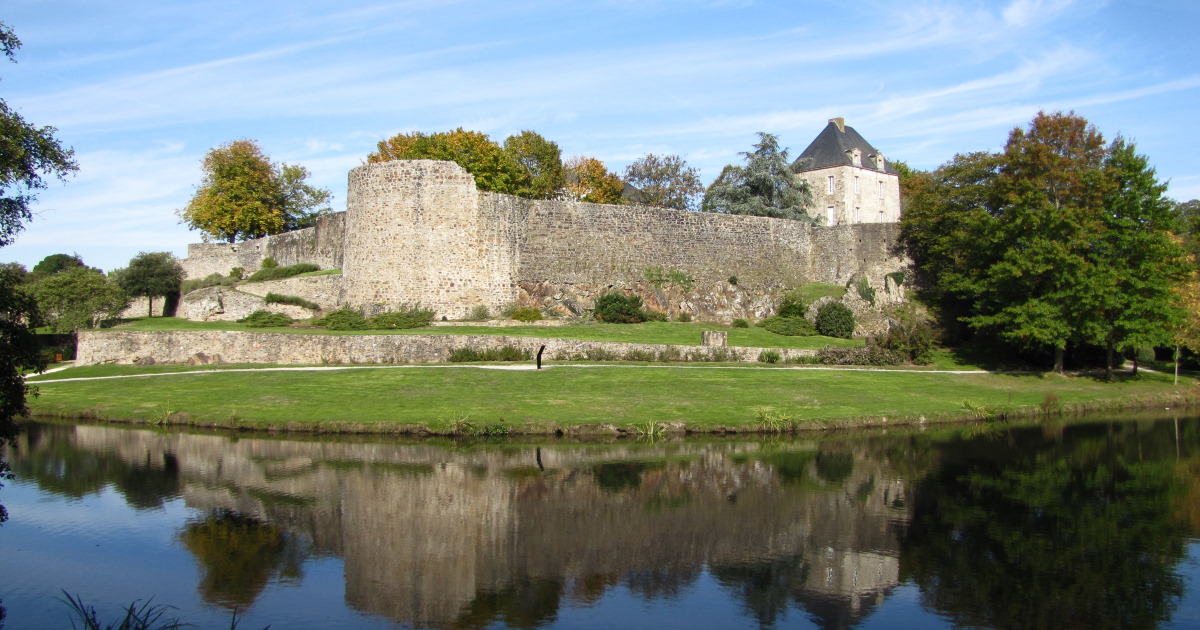 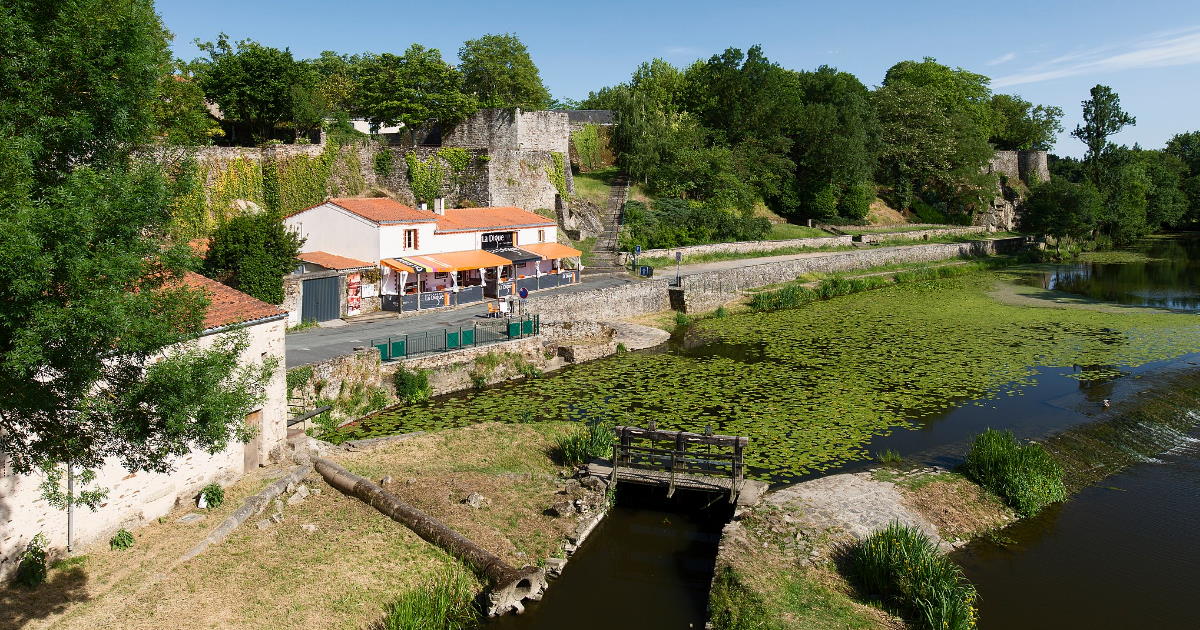 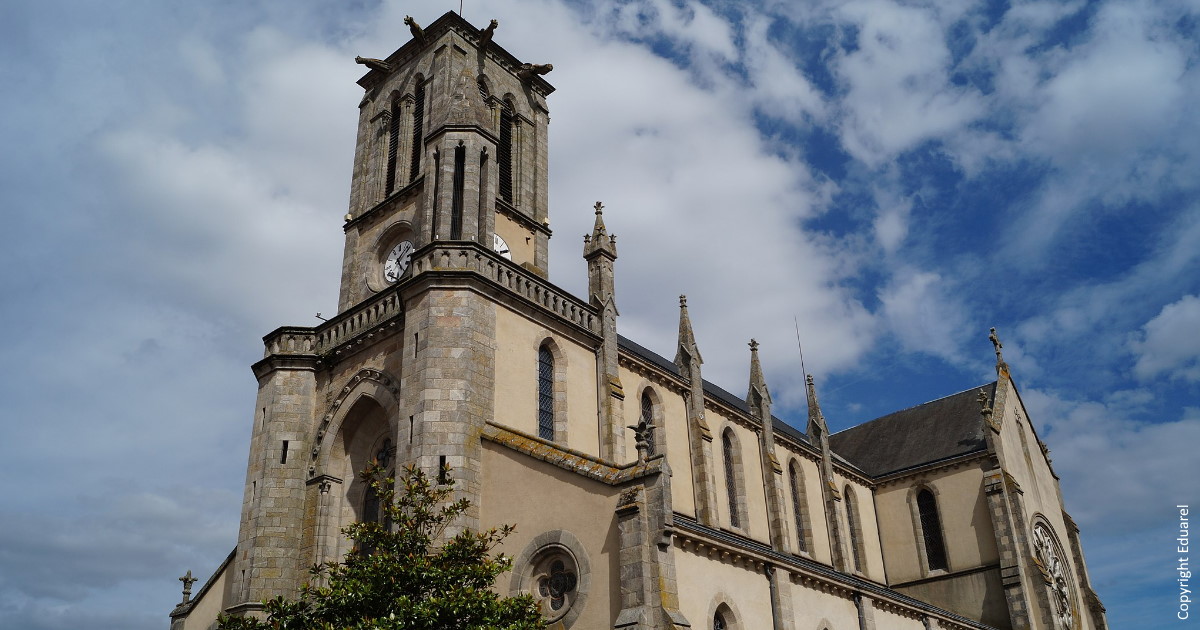 On 14 September 1793, the Army of Mainz and the Army of the Coasts of Brest continued their attempt at defeating the royalists of the Vendée.

Thousands of Vendéen refugees converged on Legé 40km south of Nantes and headquarters of the revered Vendée General Charette. The chaos caused General Charette to realize they were at a dangerous disadvantage.

At dawn on September 14, as the Republicans approached, Charette ordered his cavalry to prepare to engage in the fight, allowing time for his infantry and the civilians to flee. He then cleverly withdrew, leaving Legé abandoned but for some 1200 patriotic military personnel and civilians captured by the royalists.

General Kléber's division entered Legé first and released the prisoners. Next to arrive was General Beysser whose troops brutally looted the town.

Next to be conquered, was Montaigu. The Republican army marched on three separate columns under Generals Aubert-Dubayet, Kléber, and Beysser. On the evening of 15th September 1793, Beysser's column arrived within sight of Montaigu.

The next morning, the royalist Vendéens marched bravely to meet a 6000-strong Republican army near the town of Saint-Georges-de-Montaigu. Despite a heavy downpour, the battle lasted several hours.

General Kléber, who had been delayed by an accident with his company's artillery train, arrived next at Montaigu, causing panic among the  Vendéens. They withdrew towards nearby Clisson but, persued by the cavalry of General Bouin de Marigny, many were killed along the way.

Division General Louis-Marie Turreau issued permission for General Kléber to charge on Clisson but denied General Beysser the same order. After the battle, he deemed the troops too exhausted to continue the march.

By then Montaigu had been deserted by its inhabitants. The Republicans left behind 'to rest' saw fit to loot this village as well. According to Kléber's memoirs, General Beysser himself took part, an act that saw him arrested and decapitated.

The historical almanac of 1793 reported the battle left 7 dead and 50 wounded among the Republicans and 1,500 killed among the Brigand royalists. Kléber wrote that he saw the suburb of Montaigu "littered with the corpses of the rebels". 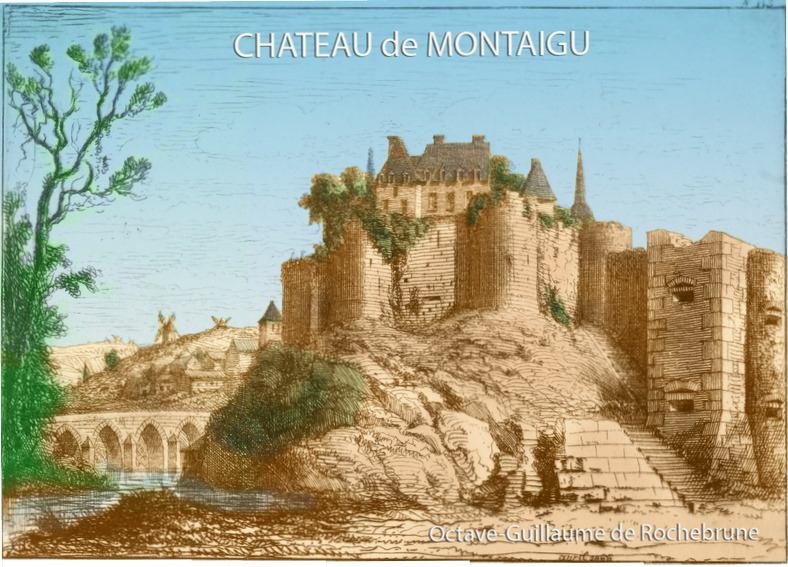 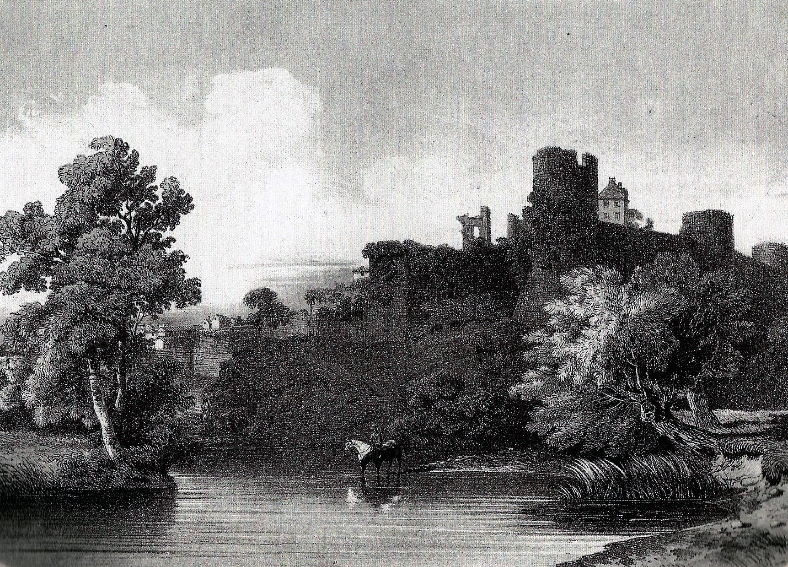 Things to see and do in Montaigu-Vendée

Watersports opportunities in the greater area

Fishing
In addition to the lake, the area counts 34km of rivers where fishing is allowed. A fishing license is mandatory and you can purchase one at any Tourism Office or online. More information for fishing in the area here. 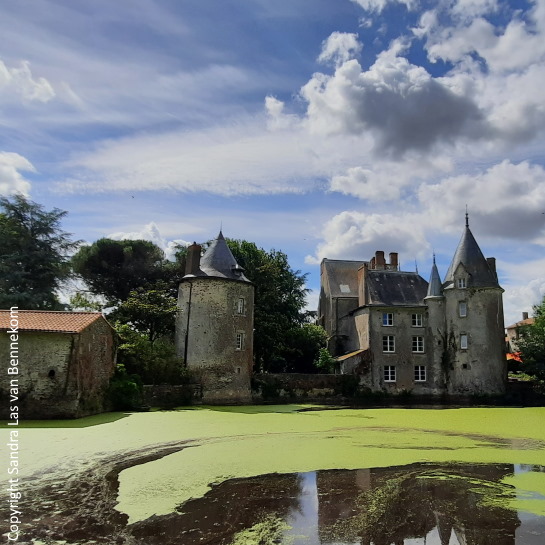 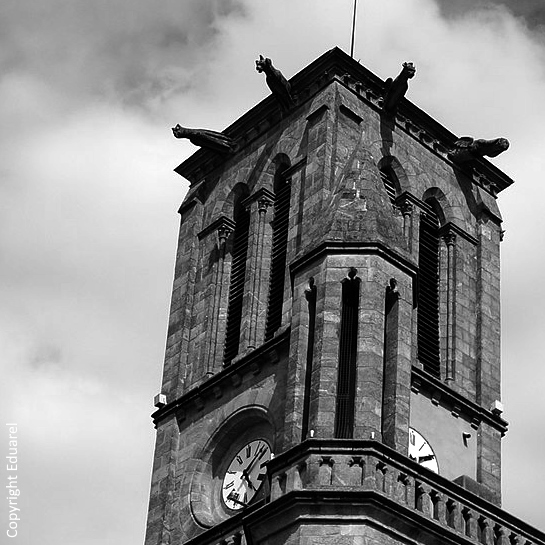 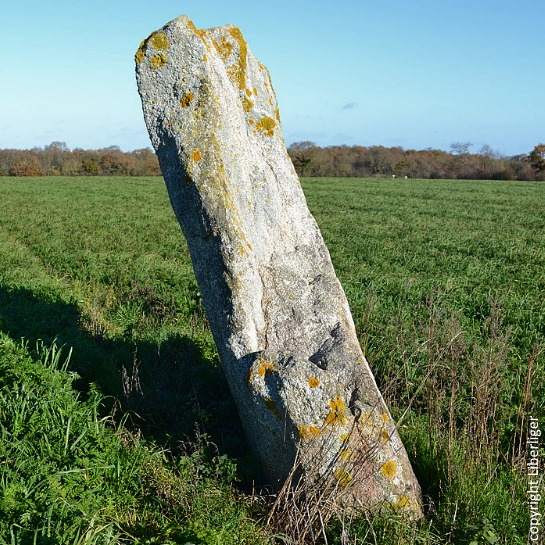 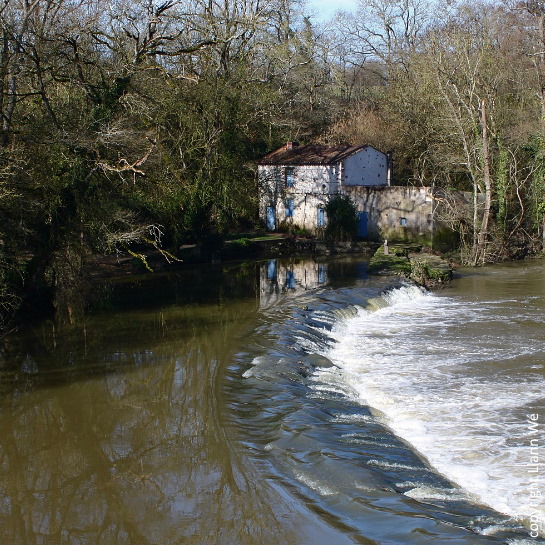 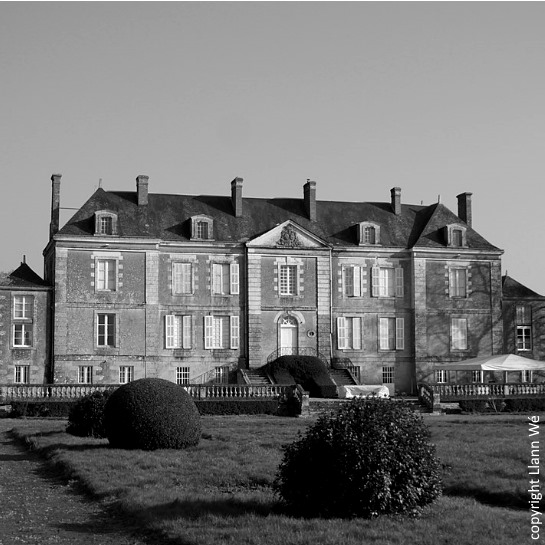 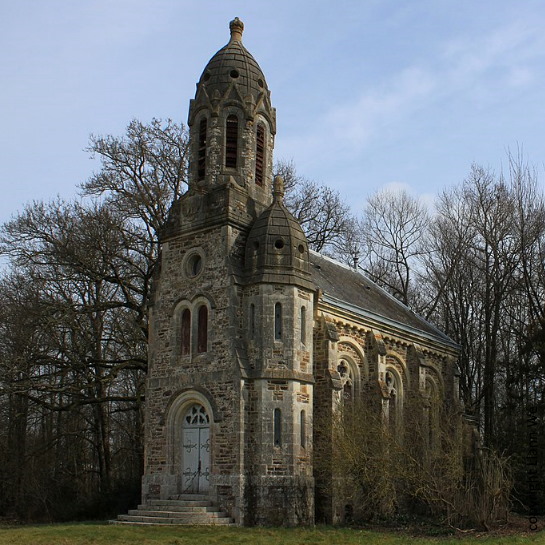 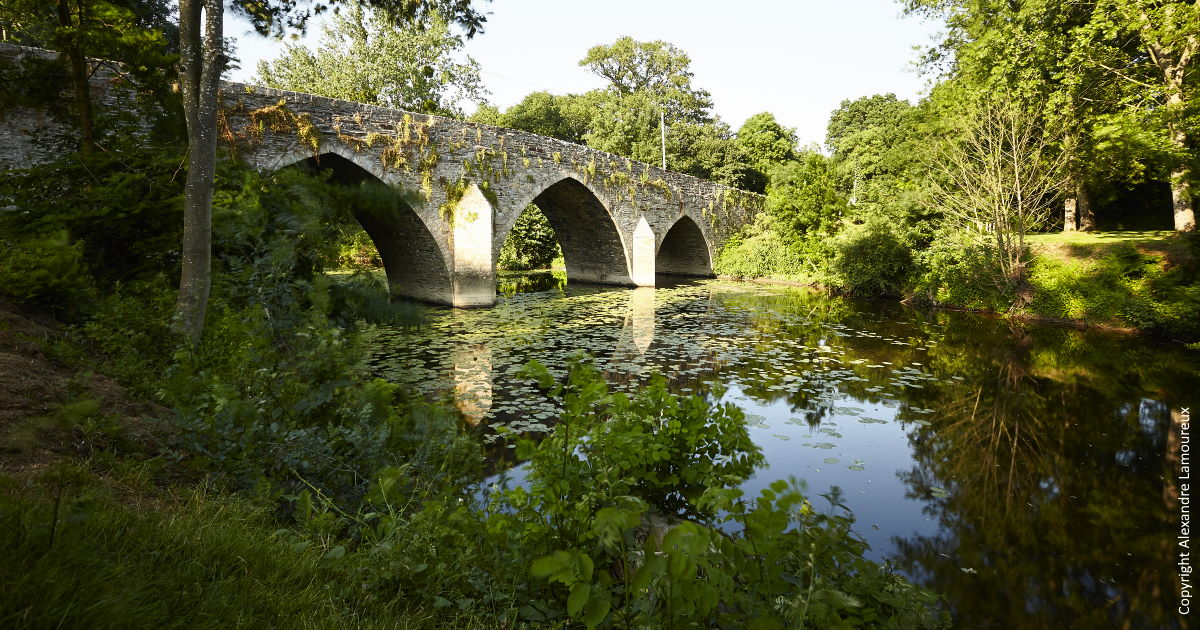