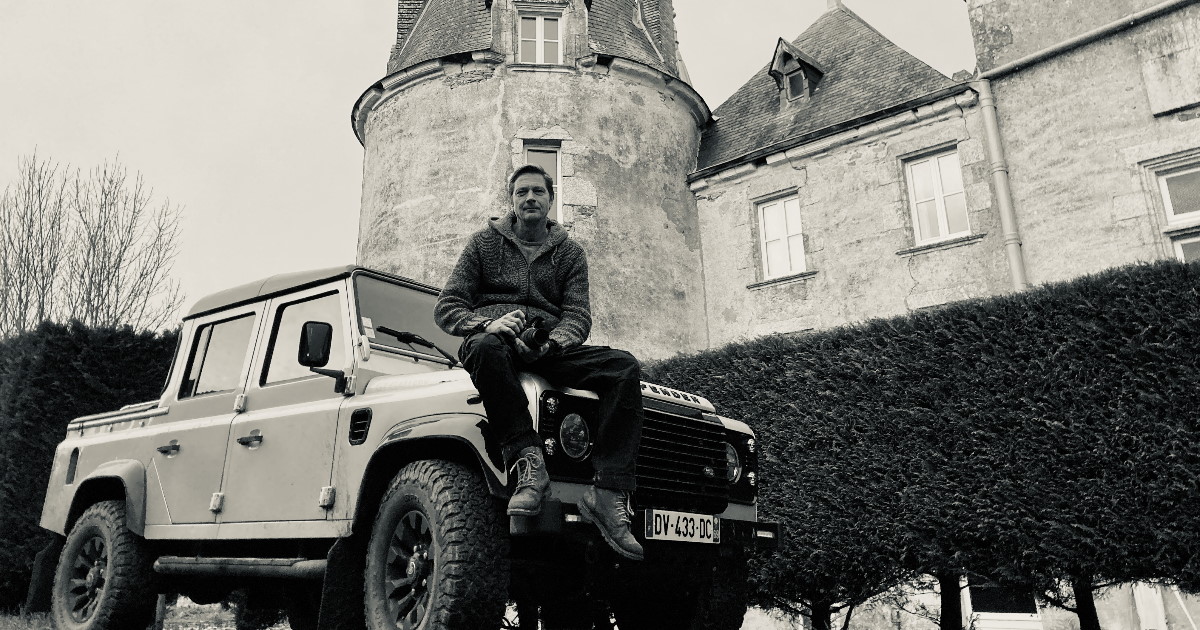 The Dakar Rally, renowned for being the biggest and toughest off-road race in the world, will have one of our very own Vendéen châtelains among its participants in 2021. In just a few day's time, Paul Las van Bennekom of Château de la Preuille will be joining the Dakar Press Team for the 7600 kilometer race, a dream come true for the Dutch expat! Founded by Thierry Sabine in 1978, the race formerly known as Paris-Dakar is now called "The Dakar". From 2009 to 2019 it was forced to move to South-America due to security threats. Since 2020 the drivers face the arduous adventure in Saudi Arabia. Is Paul ready for the challenge?

Chasing dreams is par for the course in the life of Paul Las van Bennekom and his wife Sandra. Last year they bought the lovely Château de la Preuille in Saint Hilaire de Loulay located in beautiful Montaigu-Vendée (north-Vendée). After a busy year renovating, welcoming tourist guests to their B&B, and staging big community events, 2021 begins with a whole new challenge. For Paul, driving in the world's toughest rally is possibly the best Christmas gift he could ever have received. The stuff made of boyhood dreams.

Since his early teens, Paul couldn't wait for Christmas time. Not because of the Christmas tree or the gifts, but because "Le Dakar" would be just around the corner. In those days the race was still known as Paris-Dakar. Every evening he would be glued to the television to watch the race the recap from the day before and to keep up with his heroes in the Dutch racing teams. It was a tradition he created for himself that would continue year after year. As his sons grew up to be teenagers, Paul has made them a part of it.

Each night of the rally he and the boys immerse themselves together into the passion and spirit of the participants and not just the professional drivers. They especially look for the stories of brave amateurs, the men and women racing without the support of a team, those who might not make the finish one day and those forced to sleep next to their motorcycle or underneath the car in the middle of the cold desert. 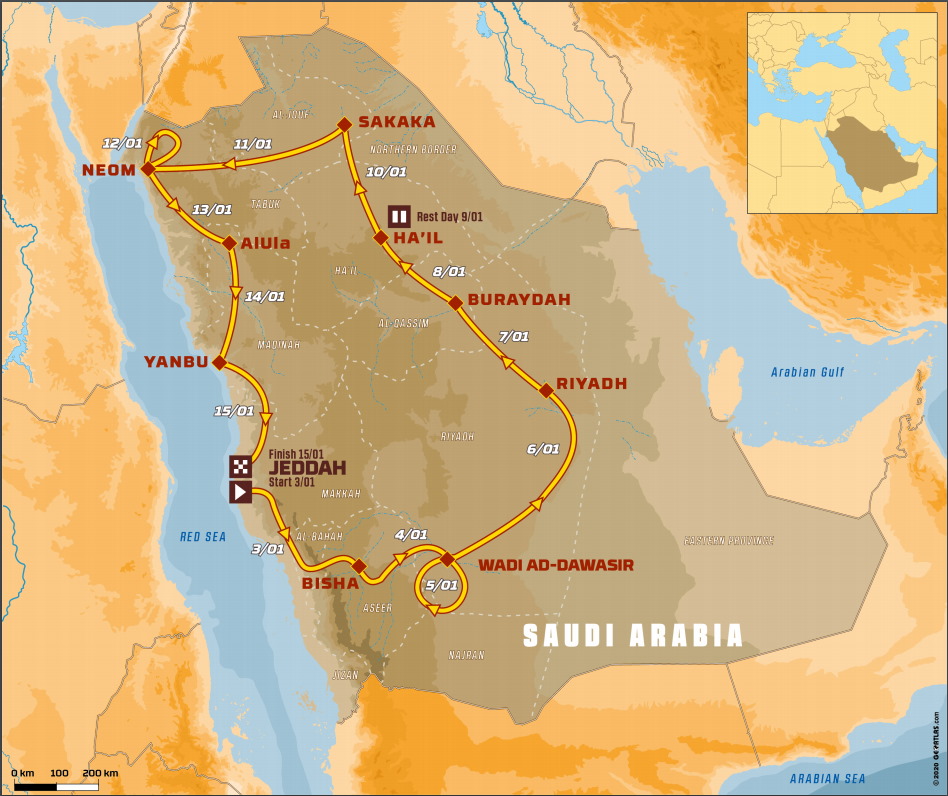 It was a tradition he created for himself that would continue year after year, and that he now shares with his sons.

Paul was already looking forward to continuing that tradition when a few days ago, a mere three weeks before the start of Le Dakar 2021, the phone rang late at night. Paul's good friend announced that a seat had become available in one of the cars of the Dakar Press Team.

As if this bit of news wasn't huge enough already Paul's friend would be driving as well, in the same car. It was the opportunity of a lifetime, a carpe diem moment and after only a split second of inner deliberation, Paul filled his friend's ear with a wholehearted yes!

The pair will be joining the Dakar Rally 2021, hosted in Saudi Arabia this year, together. Paul's role will be that of driver and photographer and especially as Château de la Preuille's sponsor of the rally. After all, it's not every day a Vendéen B&B/ gite business is the sponsor of a rally team on the world stage! In Paul and Sandra's case it should come as no surprise. They are a creative, non-conventional couple who are as driven in life as they believe that every day should be an adventure. this work hard/play hard is the very reason for the motto of Château de la Preuille: "It's not perfect, it's paradise". In this case paradise will be the Saudi desert for three weeks.

For now, Paul is at home working through his "packing list" and eagerly awaiting a box of rally gear. On December 29th, Paul and the team will leave Paris for Jeddah, to join the bivouac from there. It will be a tough trip, short nights in a tent in the desert, long drives at raw power speed in a car, but it will be an unforgettable experience.

But not only for Paul and the team. We can only imagine how exciting this is for the Las van Bennekom-family. Not only will Paul's boys continue the tradition, but their father will be part of the Dakar circus, in the thick of the race careening across the vast desert and navigating massive dunes in a spectacular landscape.

What a terrific example both Sandra and Paul are setting for all four of their children. Pursuing your dreams, seizing the moment, being your own adventure, are probably one of the most priceless life lessons anybody can pass down through generations. Now that... is tradition!

Participating in the Dakar rally is the opportunity of a lifetime, the adventure you should not miss.

Le Dakar 2021 takes place in Saudi Arabia from 3 to 15 January. In a new twist, the world's toughest rally that has been pushing boundaries of endurance and speed for 30 years will be engaging the energy transition by exploring new paths of more environmentally friendly racing.

Throughout his trip from Dec 27th - January 17th Paul will be sending updates, stories, and photos via social media. To follow this exciting, once in a lifetime adventure, be sure to check in with Château de la Preuille on Facebook and Instagram as well as the various Dakar Rally social media platforms: Facebook, Twitter and Instagram 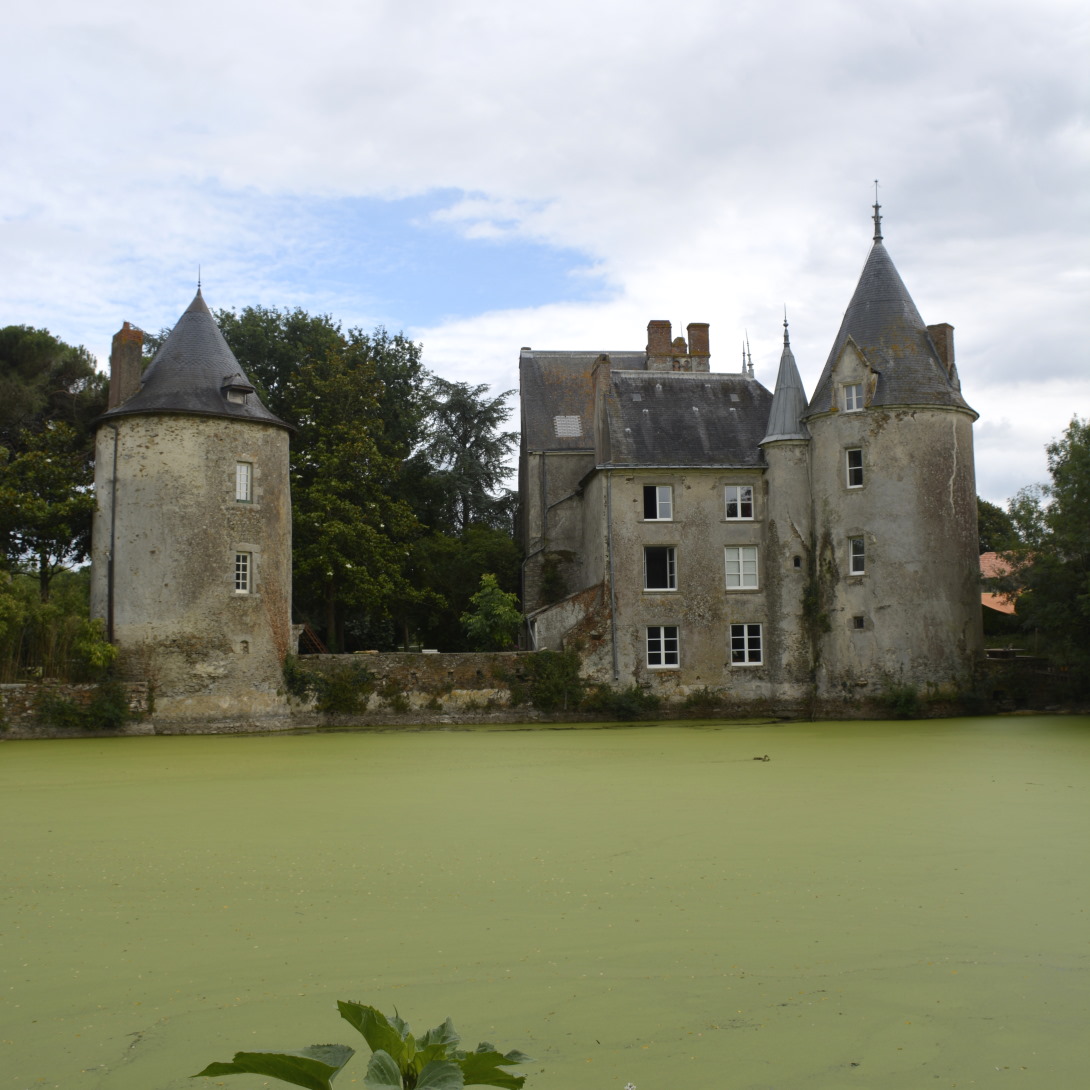 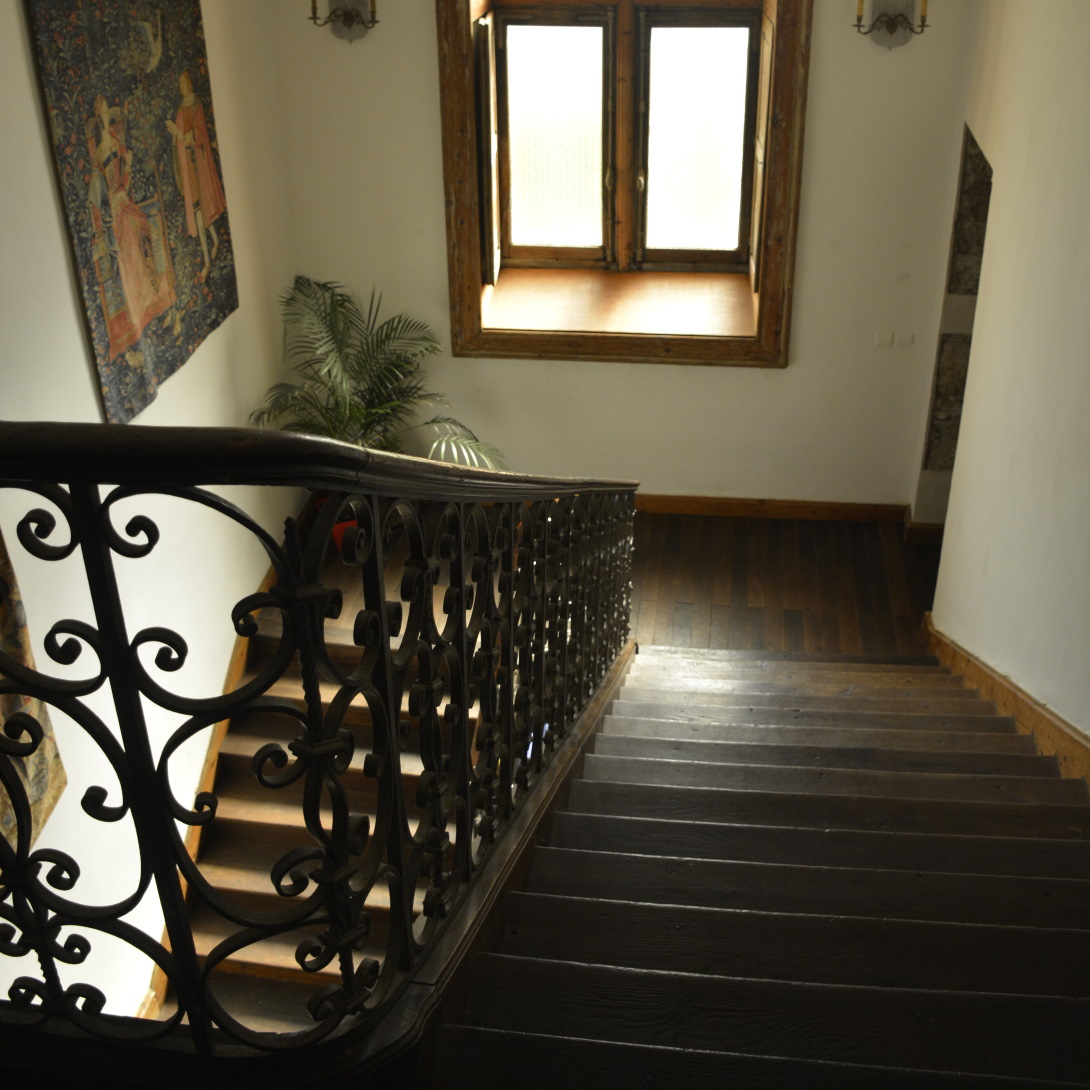 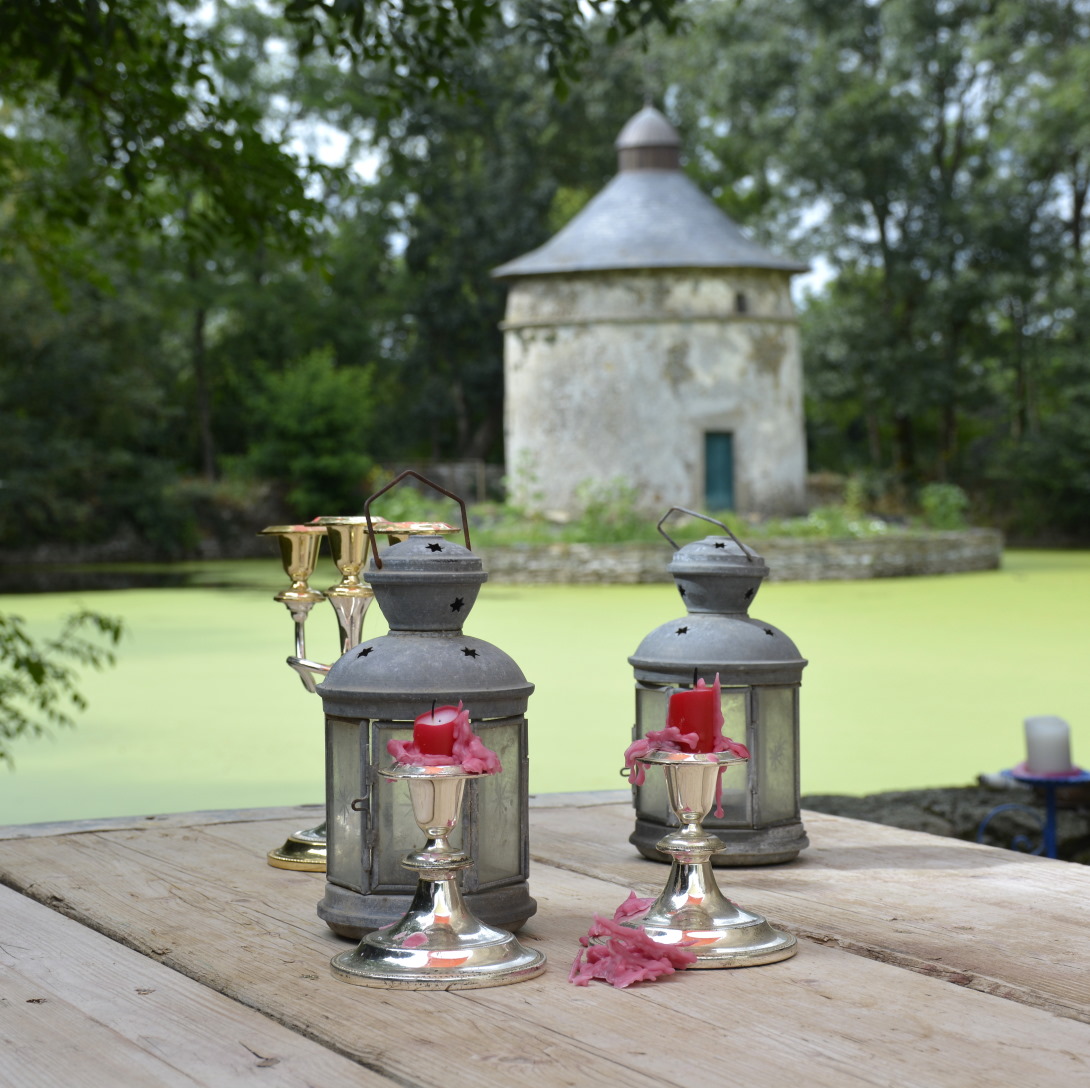 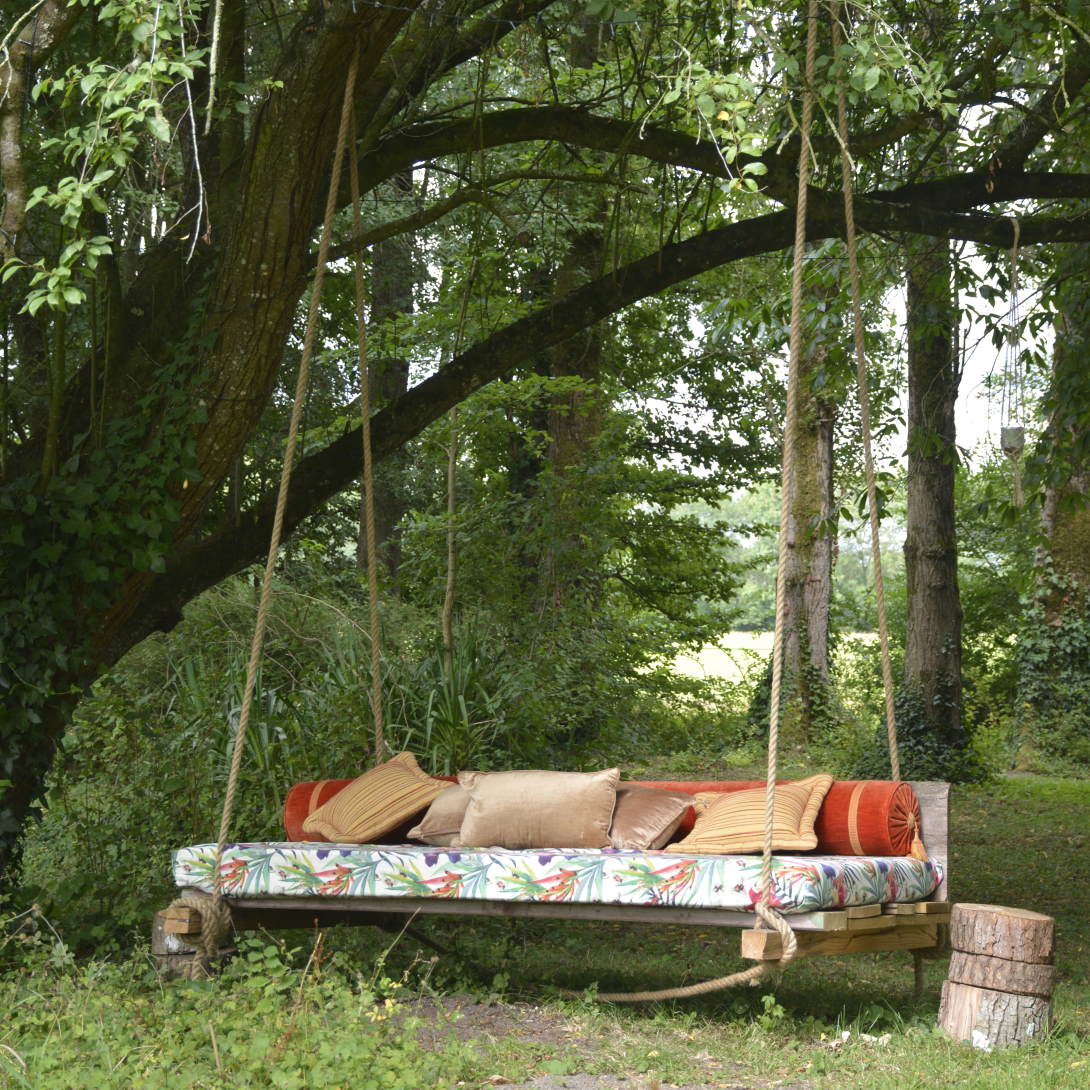 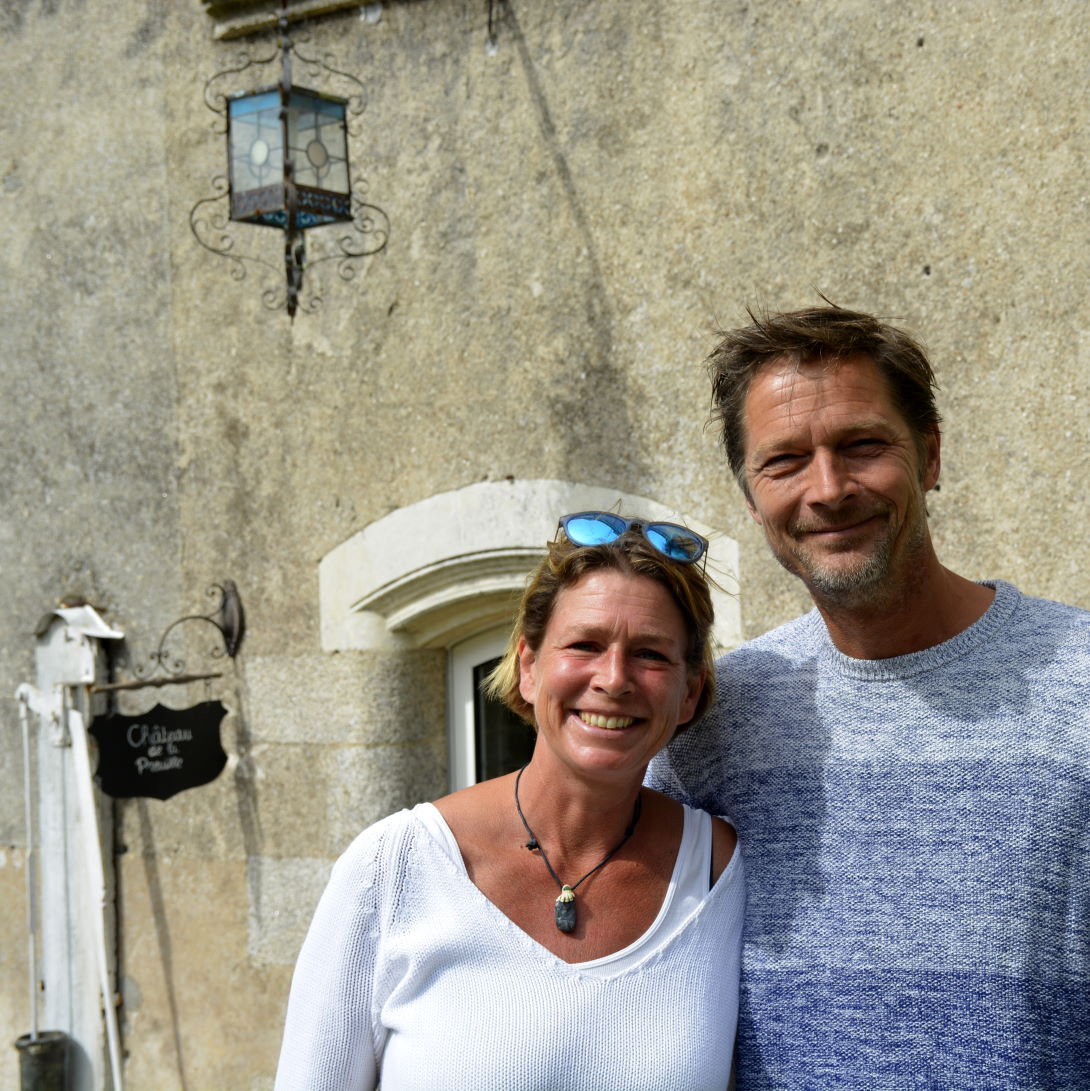