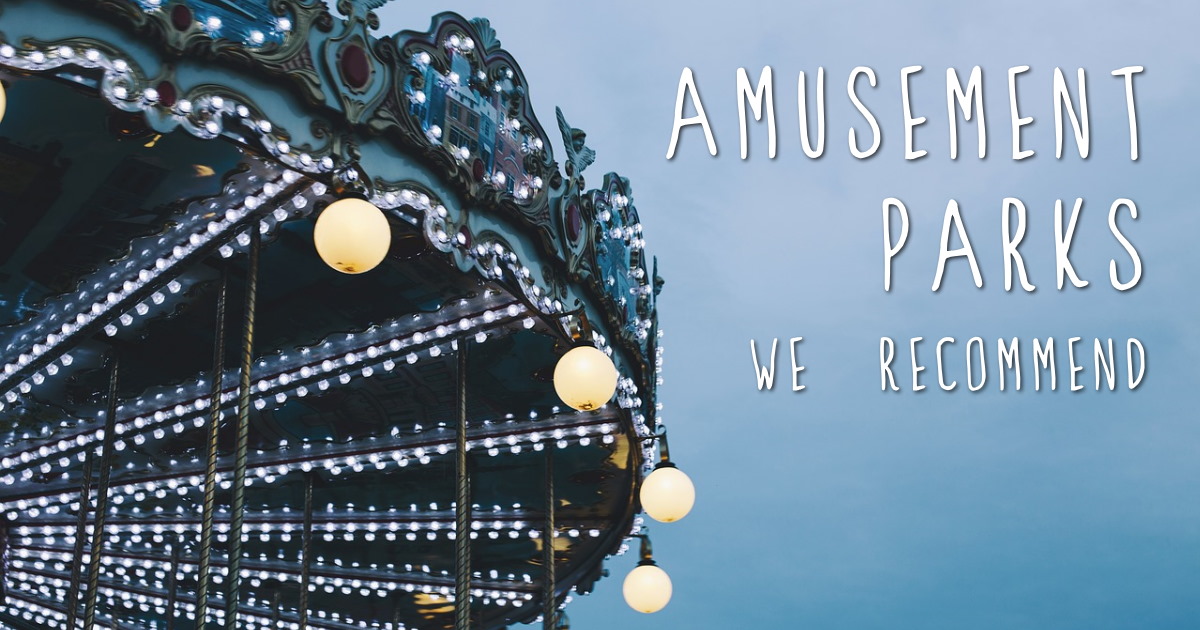 The Vendée is a perfect area for families to enjoy a holiday together! Through the amusement parks located in (and one just outside) this area, you will find there is something for everyone whether you're interested in history, or pre-history, or adrenaline rushes, or just good old fashioned family fun that evokes nostalgia for one's own childhood. In this article we list the best amusement parks the Vendée has to offer. We've included where you can bring a picnic and not forgetting about our four-legged friends, where you can bring them along as well. Enjoy!

This lovely XVIth century French Renaissance château dates back to 1555. It was built for Jean Girard, who, at the time was the royal breadmaster (panetier) to King Henri II.

The person in charge of the King's bread was an important role in the royal household and held a proper title (as a side note, the title was made hereditary in the noble family of Cossé de Brissac in the 16th century).

Unfortunately Girard was assassinated in 1563, and building was discontinued until the XVIIIth century (1773), when the Count of Chaffault took charge of the project.

He developed the gardens and pond but unfortunately, the royalist fled the country in the Revolution and the work he had accomplished inside the château was heavily destroyed.

In 1920, the estate included a beach farmhouse known as la bicoque or 'the shack'. After retiring from politics, Georges Clemenceau rented the property from then owner, Amedée Luce de Tremont, with whom he became friends.

The former president of France dined at the château frequently. That is why, upon his death, la bicoque was donated to the state, becoming Maison de Georges Clemenceau (85520).

Today, the remains privately owned. The château has been completely restored to its former Renaissance glory and can be toured from cellar to rafter!

And that's just the chateau. The 86-hectare estate is open to the public as the Parc des Avonturiers, an adventure park for children featuring treasure hunts based on humanity's history of world exploration. Children learn about history in a beautiful natural setting with trails and in beautiful gardens feature exotic trees like Magnolia, Swamp Cypress, California Redwood, and Zelkova, and menhirs (the area is a hotbed of prehistory).

FROM RESTORED CHATEAU, TO PREHISTORY, TO ADVENTURES AND TREASURE HUNTS... LOTS TO DO HERE!

A learning experience disguised in an adventure park.

In the heart of the Mervent Forest lies a 12-acre recreational area.

It is centered around a little train which has choo-chooed many families around since 1959.

Enjoy the trampolines, merry-go-round, a zipline, bungee jump, bumper boats, mini-golf course, and a new toboggan of some 50 meters, 6 bumps and 4 lanes! In short,  including this is a fun park featuring over 40 different games and animations to delight children, parents and grandparents, in the natural setting of a densely wooded forest.

There is also a mini-park for the littlest guests to enjoy.

Lunch can be purchased at the Snack-Bar du Voltigeur. Options include steak-frites, grilled sandwiches, homemade burgers, pancakes, waffles, sundaes and drinks. Picnics can be enjoyed at Café de la Grotte at the entrance to the Park.

Fancy a playful time with the family or want to rediscover your own inner child through a touch of adrenaline?

Le Grand Defi will let you play with generous abandon.

Note that when the park is only open in the afternoon picnics areas are open from 11:30.

There is also a playground with pedal go-karts, mini-golf , buoy slide and more

In a unique animated dinosaur puppet show the children will trace the history of dinosaurs, from their creation to their extinction. Each puppet was sculpted and painted by hand!

In the heart of the forest located in proximity of the Vendéen seaside resorts, the O'Fun leisure park invites you for a day of fun with family and friends.

O'Fun is already described by its name.

It is a large adventure park where you're invited to discover your inner child, and where children can tap into just how adventurous they can be.

Accrobranching is a phenomenal tree climbing activity accessible from the age of 2. The 17+ courses are marked by color, are supervised by qualified instructors and allow you to safely progress at your family's pace.

A briefing on the safety rules is given before each departure.

Children under 5yo are hooked to a "continuous line" system for maximum safety. Everyone else is provided with a click-it harness.

The largest leisure park in the Vendée welcomes you from April to September. Please wear casual clothes and sports shoes. 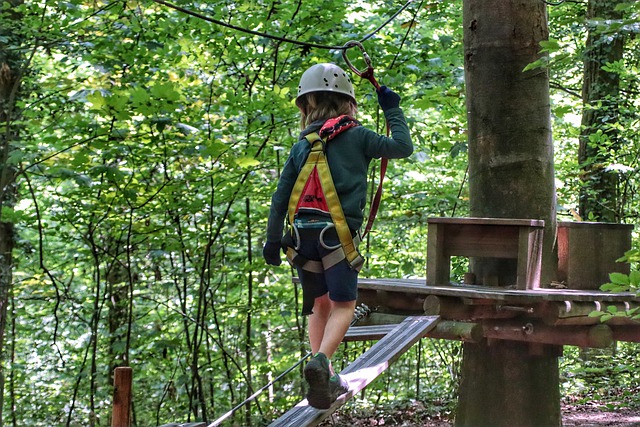 Historical theme park with epic, period-specific shows depicting life from Ancient Rome through the Viking invasions, the Middle Ages all the way to the 19th Century. And everything in between.

There. That is Puy du Fou described in a nutshell. It's just about the extent of what you'll find written anywhere. There seems to be a secret code of ethics not only by the owners of the multi-award winning theme park, but by the millions of visitors that leap into the deep end of history year after year, time and again. In truth, there are videos online, but we highly recommend letting yourself be surprised.

The gardens by which you navigate the park are stunning. The arenas, huge.  Think, renaissance fair on an epic scale.

The costumes are designed in authentic fashion and stitched on site, so much so that the organization frequently lends its art to historic film productions. Even you can wear them in one of several photo booth settings for a lovely souvenir of your time spent here.

There is a private school attached to the park as well, something straight out of Harry Potter. Its students explore the world of academics as well as entertainment, horse riding, performing arts, stunts etc. from a young age.

Le Puy du Fou is more than an adventure down history lane, a place of secrets.

History is depicted by way of spectacle, crazy mindboggling live stunt shows happening all around you. The bird show alone has over 300 birds circling overhead and landing on command. You will see things that have you wondering for days... how did they do that?

Le Puy du Fou is both the biggest attraction in the Vendée (indeed in France) and its biggest enigma.

We promise that you'll have a wonderful time here. At any age!

Last but not least, the evening and nighttime show LA CINÉSCÉNIE is the biggest such event in the world. Its stage of 23 hectares with a castle as a backdrop, is home to 2550 actors and 28,000 costumes for a one-and-a-half hour show you will never forget.

It is legendary. In the grand scheme of bucket lists, le Puy du Fou and La Cinéscénie should not be missed.

Futuroscope - just outside the Vendée

Not quite located in the Vendée, but definitely worth mentioning, this awesome theme park focuses on the future, and is driven by the latest 3D and 4D technologies.

In over 40 attractions children will have fun getting a glimpse of the future, train for life on Mars, see space and planet earth through the eyes of French astronaut Thomas Pesquet, the youngest astronaut from the European Space Agency (ESA), explore the world of robotics, gravity and so much more.

We highly recommend the "Journey into the Dark" tour in which you'll follow a blind guide with your eyes shut and feel what the world of blind people is actually like. Incredible experience.

The park features top winning attractions among which a magic show you need to see to believe. It offers a terrific day spent en famille filled with unexpected journeys, thrills, shows, and games.

This theme park is great fun at any age.

A visit to Futuroscope is a favorite among Vendéen families! It's an easy daytrip!

CHECK OUR COMPLETE FAMILY GUIDE TO THE VENDEE

THANK YOU FOR GUIDE TO THE VENDEE WITH CHILDREN