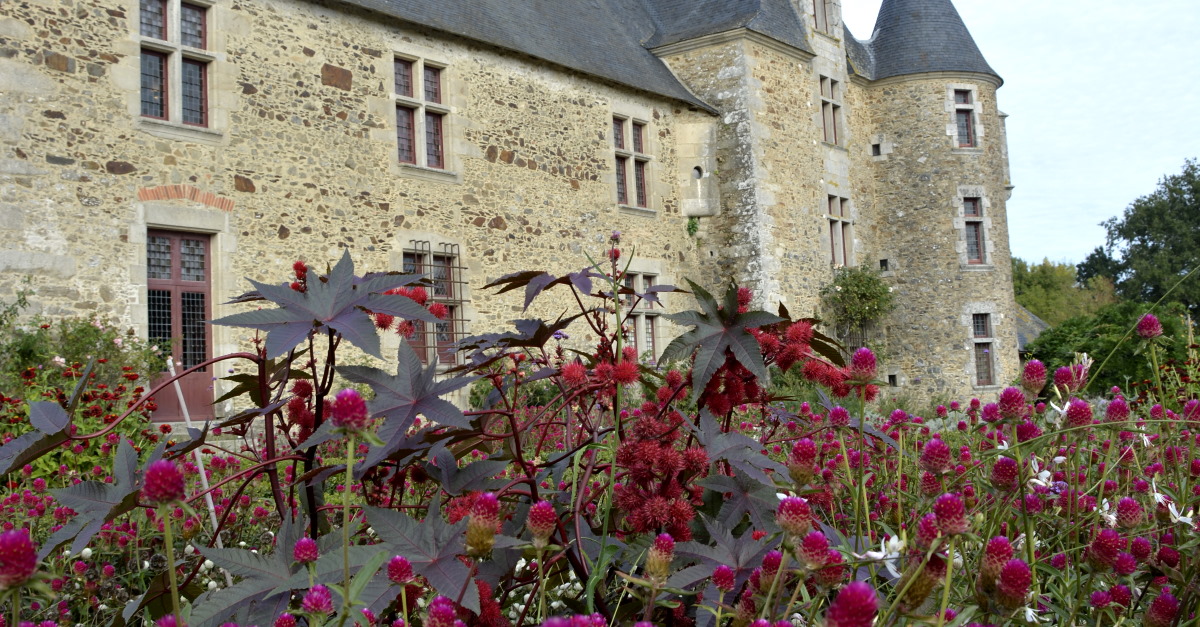 Largely regarded as the most important historical monument in the Vendee, the beautiful Logis de la Chabotterie
presents an opportunity for sightseeing year-round. Spring through summer, the gardens thrive with colour and fragrance.
But the Chabotterie manor and its surrounding park are especially charming in fall and winter, ideal seasons for
an invigorating walk and to warm the soul with the beauty and knowledge of history.

A story through the ages –  The story of le Logis de la Chabotterie reaches far beyond the realms of the architecture of a Vendéen castle and its surrounding farm buildings. Its reputation as the best preserved manor of the Bas-Poitevin rests in the very hands of history. Not only was it restored to perfection, but Gerneral François de Charette was wounded and captured in the gardens of the domain in 1796.

At its inception in the late XVth century, the layout was typical of a manor house in the area. In an exhibit on the first floor, there are a dozen or so examples of other such homes in the Vendée, some of which still exist.

Much like the abbeys, these types of homes were at one point abandoned which left them vulnerable to being stripped for their beautiful stones to build houses. That didn't happen here.

In the early XVIIth century the manor was expanded with a four-storey addition to the original. The neo-Renaissance chapel dates from the XIXth century, as does the tower which can be seen from the garden.

The manor house and its gardens were restored to their former XVIIIth century glory by the Vendée Conceil Général anno 1993 and is now a beautifully maintained exhibit for us to explore. For this we can only say thank you and bravo to Vendée Tourisme!

Make it a day trip  – Travellers and history enthusiasts can use this itinerary for a day trip to learn more about Vendée history. Read through the article for your route planning and preparation. 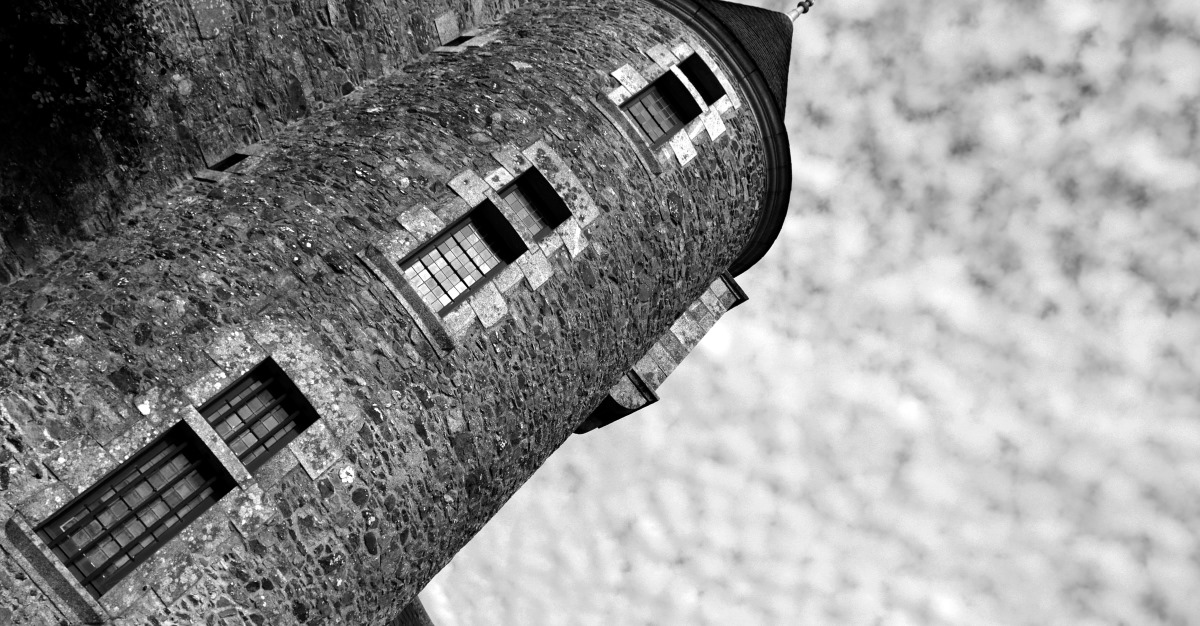 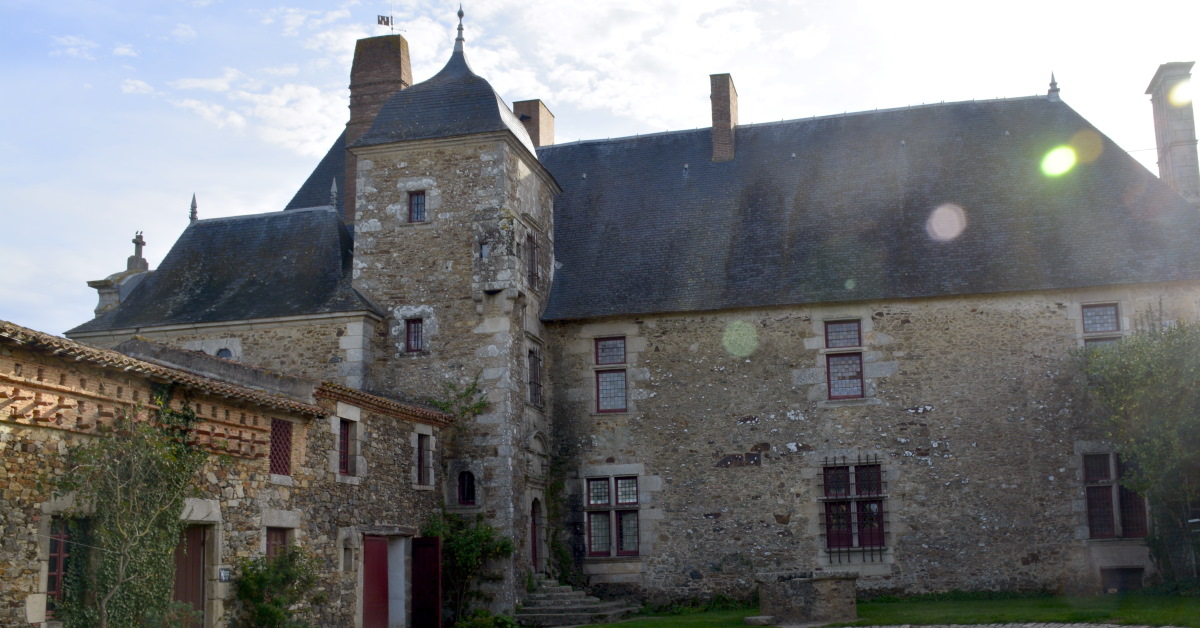 The manor's restoration projects went beyond the interior rooms. Every piece of furniture, utilitarian item, and clothing is authentic, dating between XVth and XVIIIth centuries.

The word 'antiques' does not begin to describe this incredible collection. The tour, leading from the drawing room (where guests would have been received), through the dining room, the scullery, chapel, bedchamber, strategy room, the amazing study and attics, is well designed with unobtrusive, multi-lingual and easy to use technology as your tour guide. While nothing beats explanation by a personable, impassioned person, this approach does allow one to linger...

... and linger. The very detail of placement, from threadbare rugs to jackets casually thrown over the back of a chair to the ticking of a clock, makes you feel like an honoured guest just returned from a stroll in the gardens with the hosts not far behind.

The manor's interior envelopes the unsuspecting tourist in such a way they may not want to leave. More than a house, it's a real home decorated with precious items like the silk-panel folding screen in the drawing room depicting Chinese scenery, a unique guaïacum egg holder on the dining room table, ancient watering cans on the amazing scullery floor, topographic instruments in the strategy room, the delicately painted ceiling in the study...  every corner of le Logis de la Chabotterie oozes cosiness.

But nothing quite took our breath away as much as the 18th century dollhouse, casually 'forgotten' in the attics. It is so exquisite, its colours seemingly untouched by the hands of time, it's impossible not to be drawn to it. 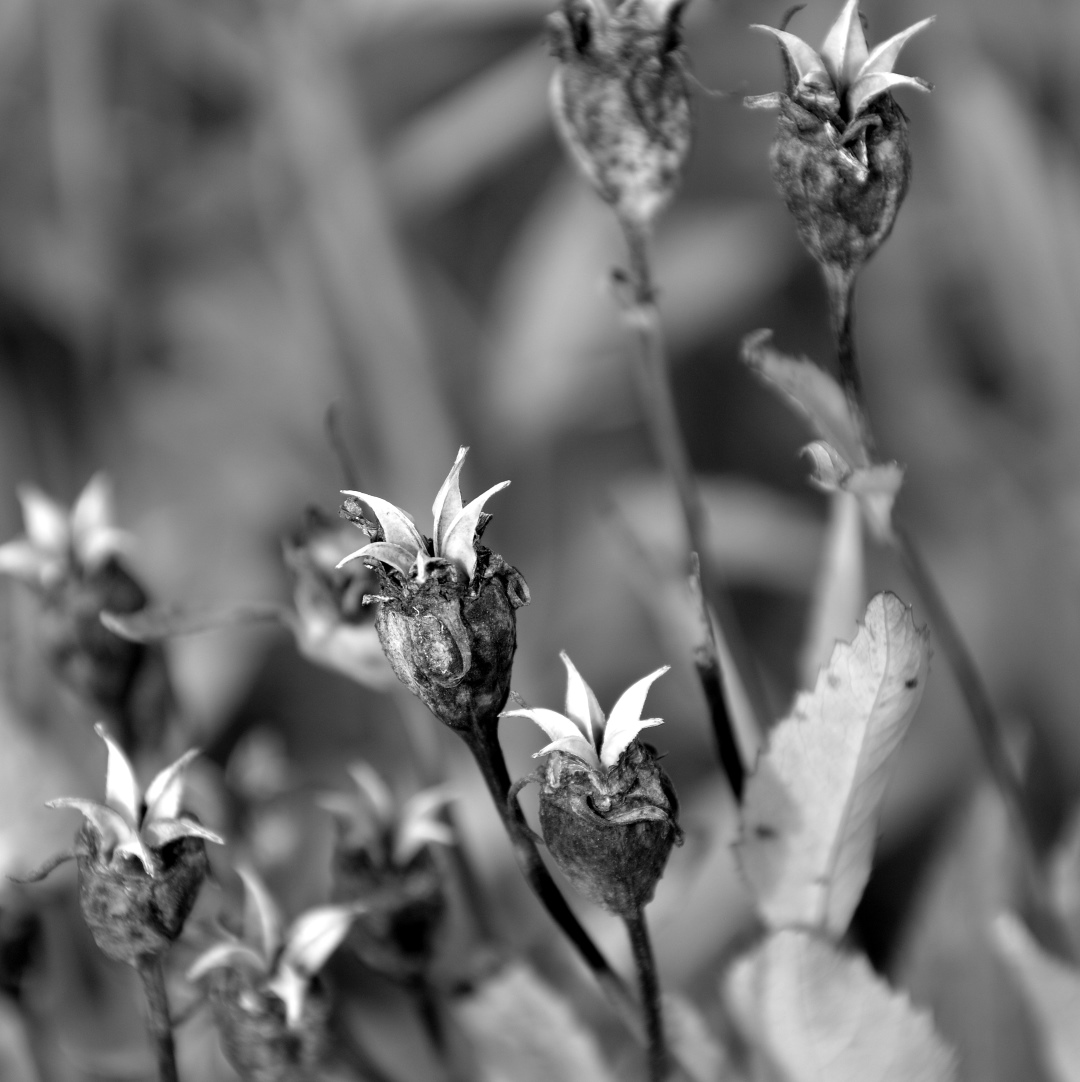 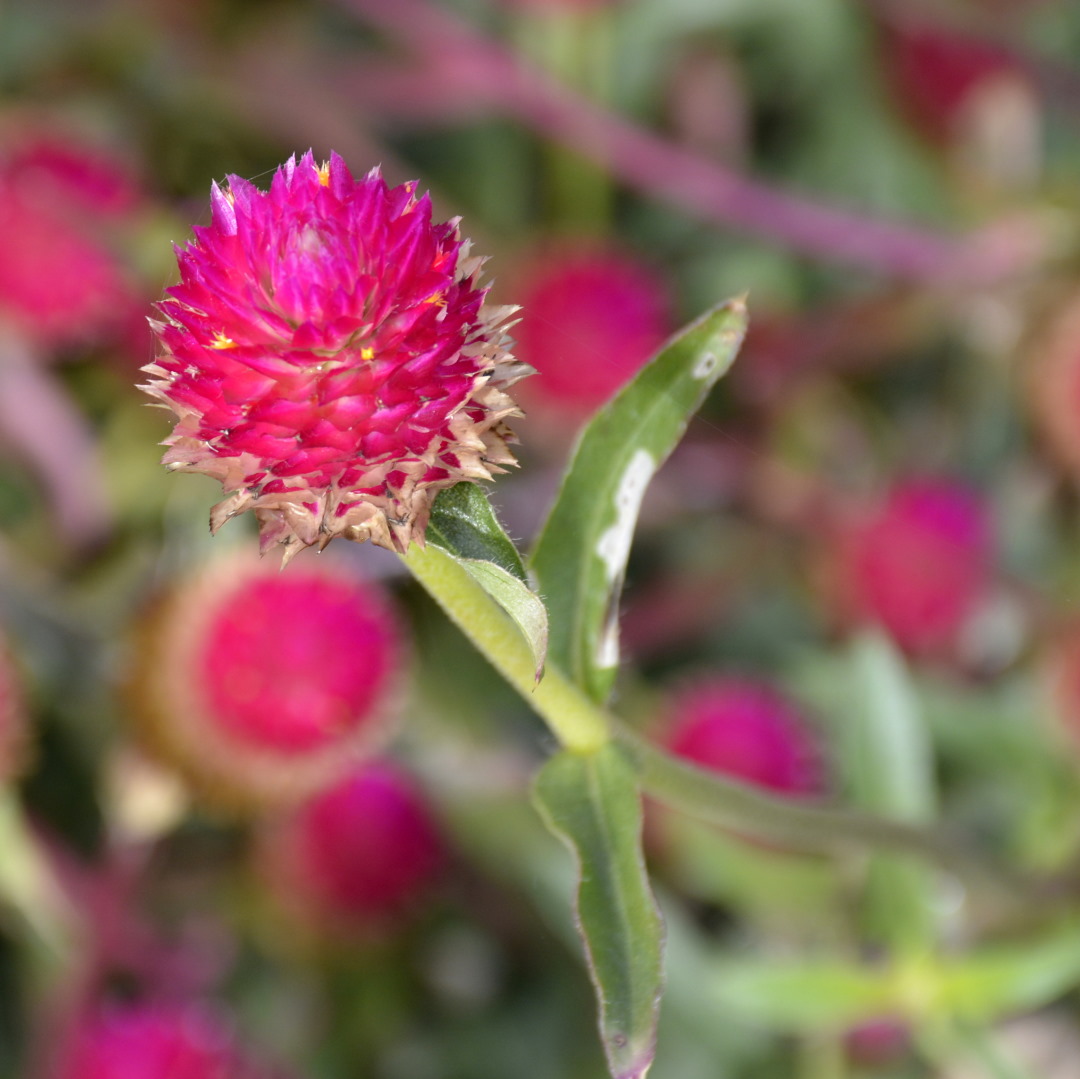 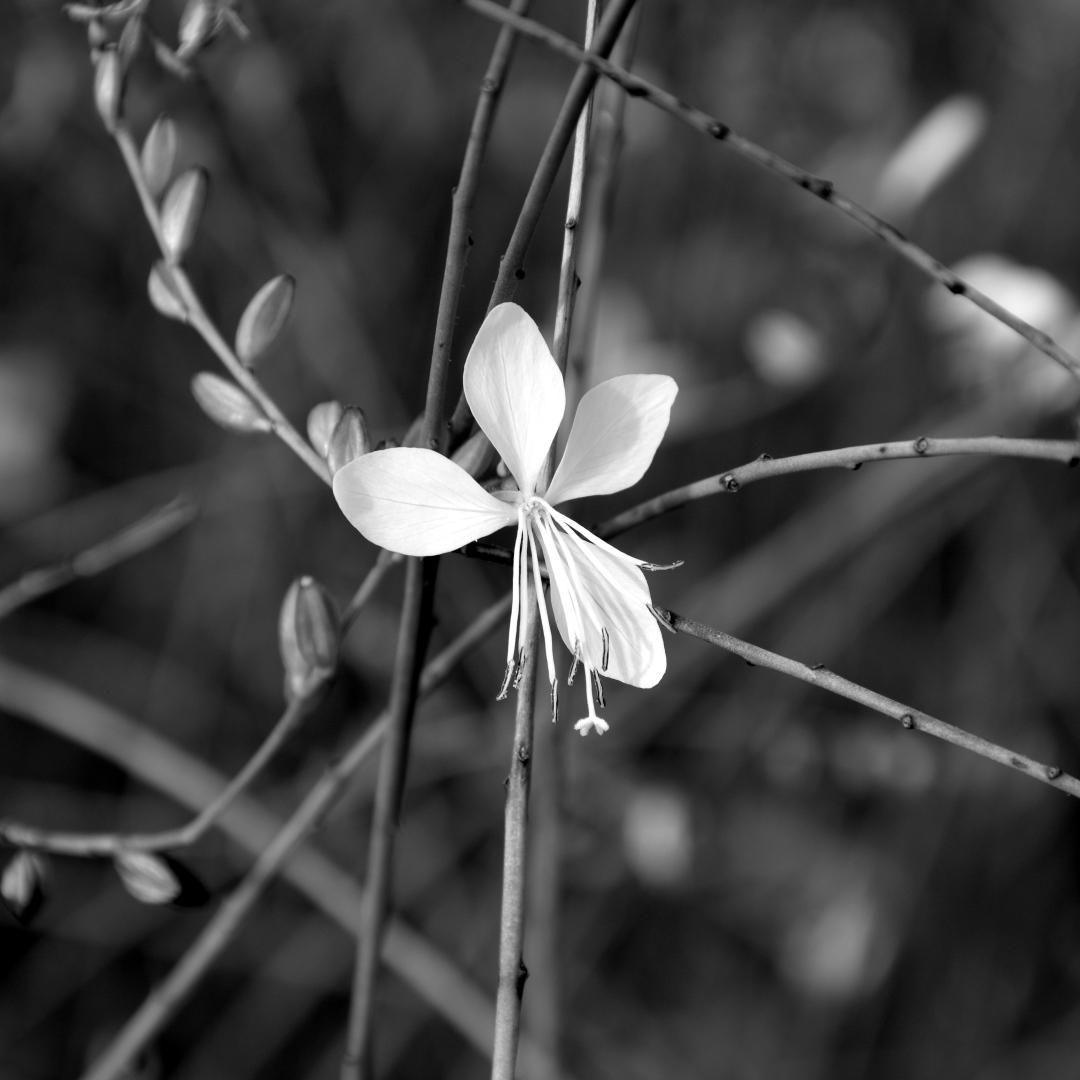 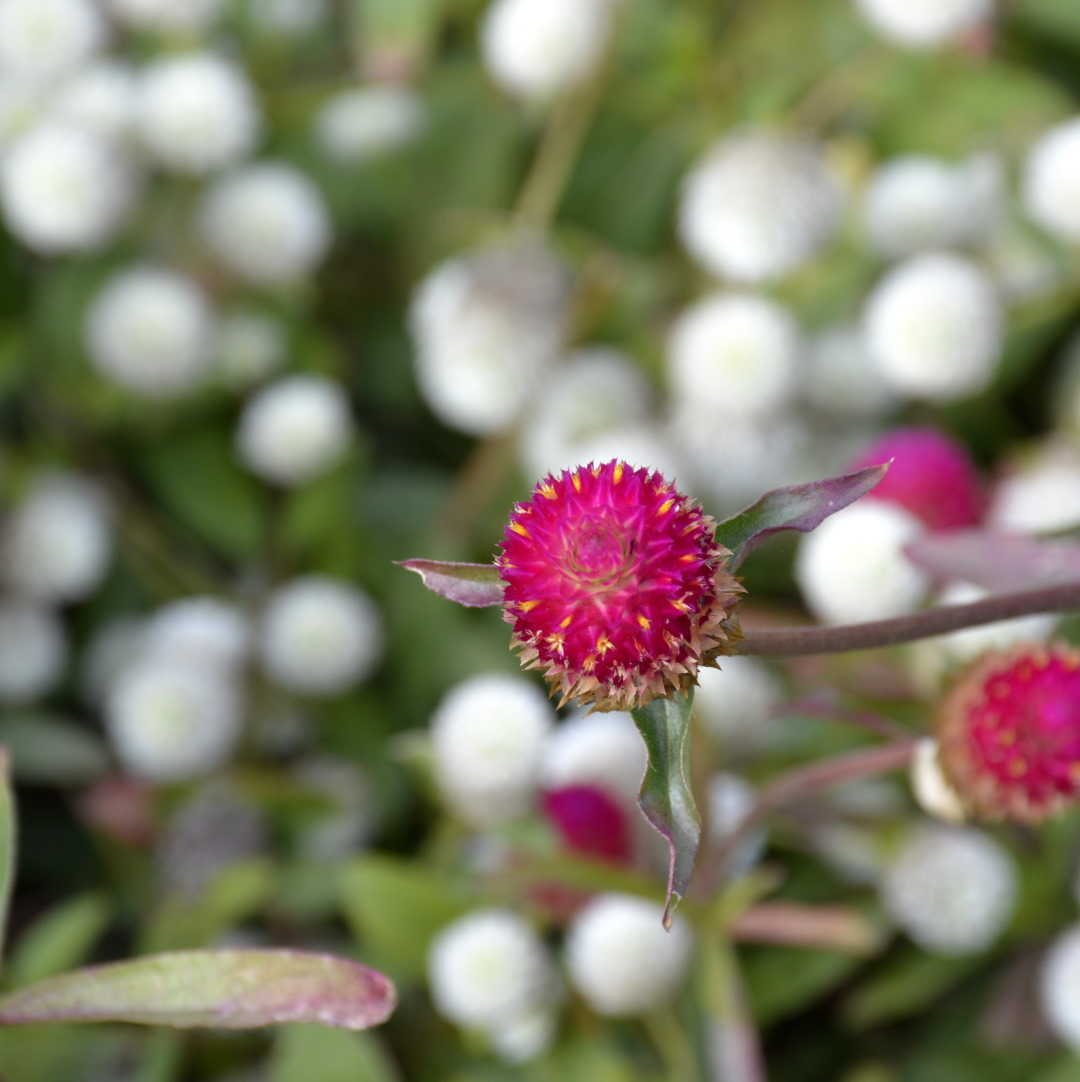 Who was General Charette?

The nobleman nicknamed King of the Vendée was born in Couffé on 2nd May 1763. He served in the French Navy under Admiral Toussaint-Guillaume Picquet de la Motte in the American War of Independence, and became lieutenant de vaisseau or captain.

At the dawn of the French Revolution in 1789, he left the Navy to live in the Roman city of Trier (located on the Germany/ Luxembourg border) which was common for royalist aristocrats at the time.

Upon his return to France, Charette lived at his home in La Garnache (near Challans) in the Vendée but the Catholic royalist later helped to protect King Louis XVI and Queen Marie Antoinette from harm during the Insurrection of 10 August 1792 at the Tuileries Palace in Paris.

Known as a shrewd strategist and defender of the Ancien Regime, from 1993 Charette, together with the Catholic and Royal Army, was involved in most of the battles fought in the Vendée. Revered by the local peasants (poor smallholders or agricultural labourers with low social status), he was a fierce leader of the Lower Vendée, even signing the Treaty of La Jaunaye which promised the peasants freedom of religion and conscription.

The treaty was ignored by the Republicans. Loyal to the very end, Charette was promoted to Lieutenant General and meant to be at the fore of a planned royal return to Paris. But, General Francois de Charette was eventually wounded and captured near le Logis de la Chabotterie on 26th March 1796.

He was carried to the scullery at the manor house where, laying upon the oak table still visible today, his wounds were treated and he spent a last tranquil night before being taken to Nantes for sentencing. Charette was executed on 29th March 1796. His capture ended the Vendéen uprising against the Revolution.

His prowess did earn the respect of Napoleon I who said:
"I have read a story from the Vendée, if the details, the portraits are accurate, Charette is the only great character, the true hero of this episode of our revolution, which, if it presents great misfortunes, does not at least immove our glory. They slit their throats, but they do not degrade themselves, they receive help from abroad, but they are not ashamed to be under their banner and to receive a daily salary from it to be only the executor of their wishes. Yes, Charette gives me the impression of a great character, I see him do things with an unusual energy, an unusual audacity, he lets genius break through."

Upon entering the Logis de la Chabotterie, the self-guided tour begins in a well-organised, highly interactive museum depicting the story of Charette, the battles he fought in the Vendée, and the reasons he fought them.

Portrait of François Athanase de Charette de la Contrie, was painted by Jean-Baptiste Paulin Guérin. The original can be admired in the Cholet Museum of Art and History. 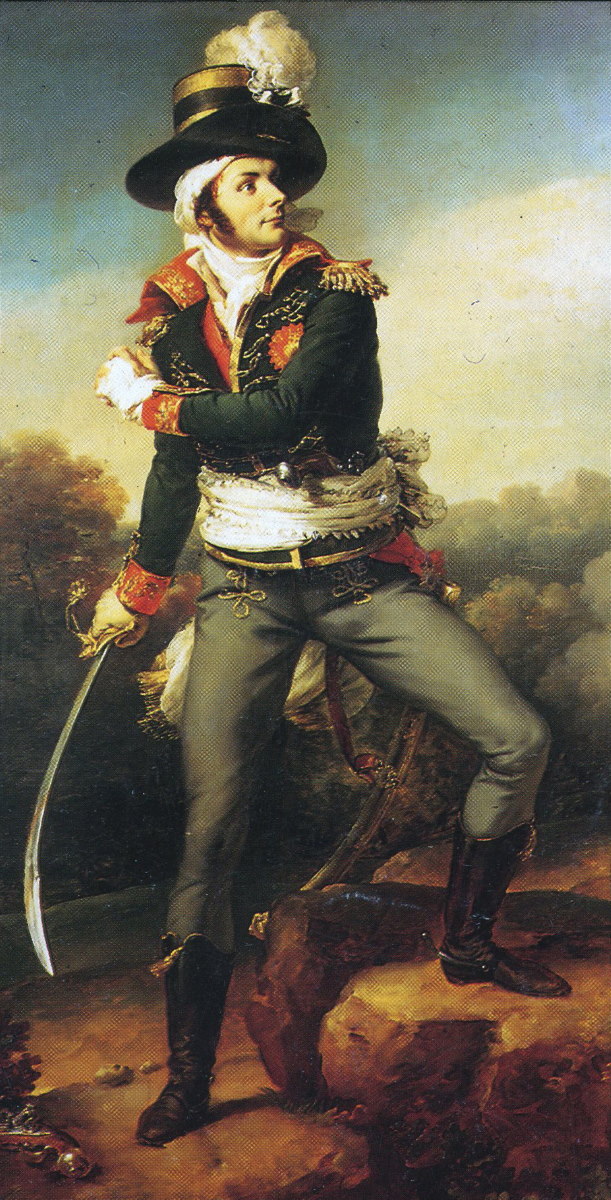 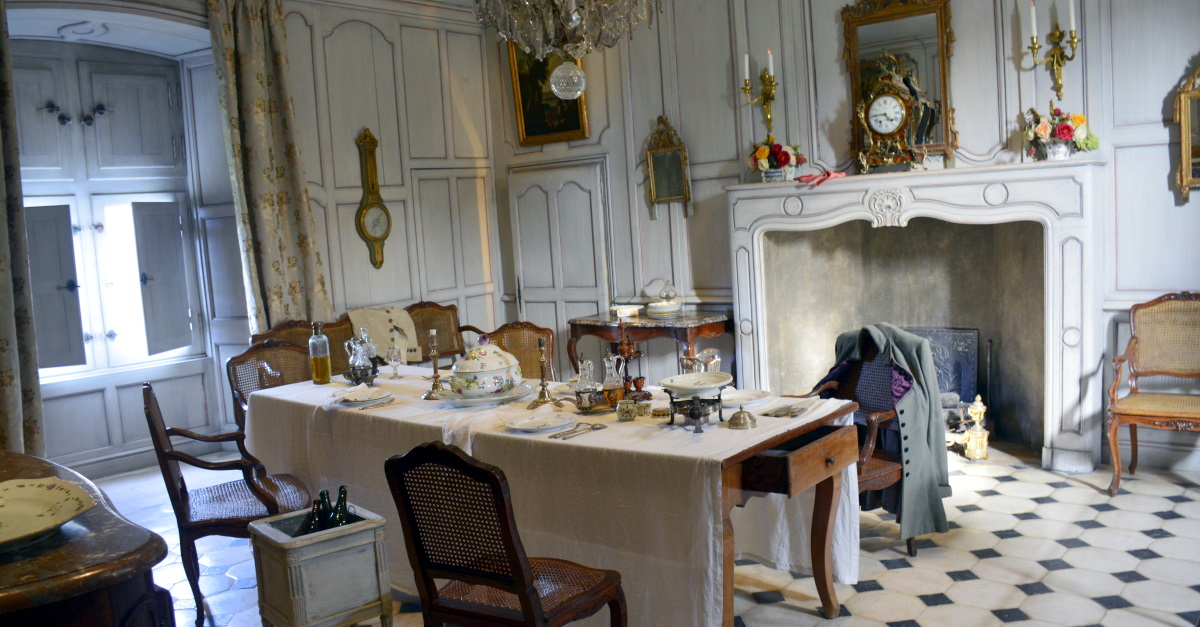 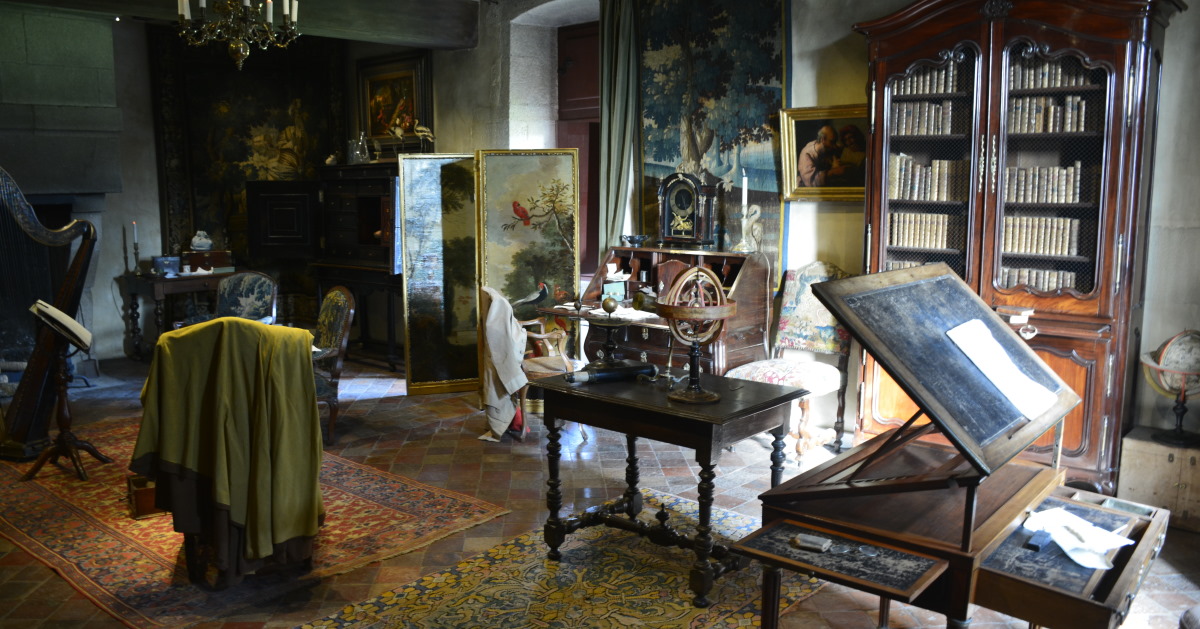 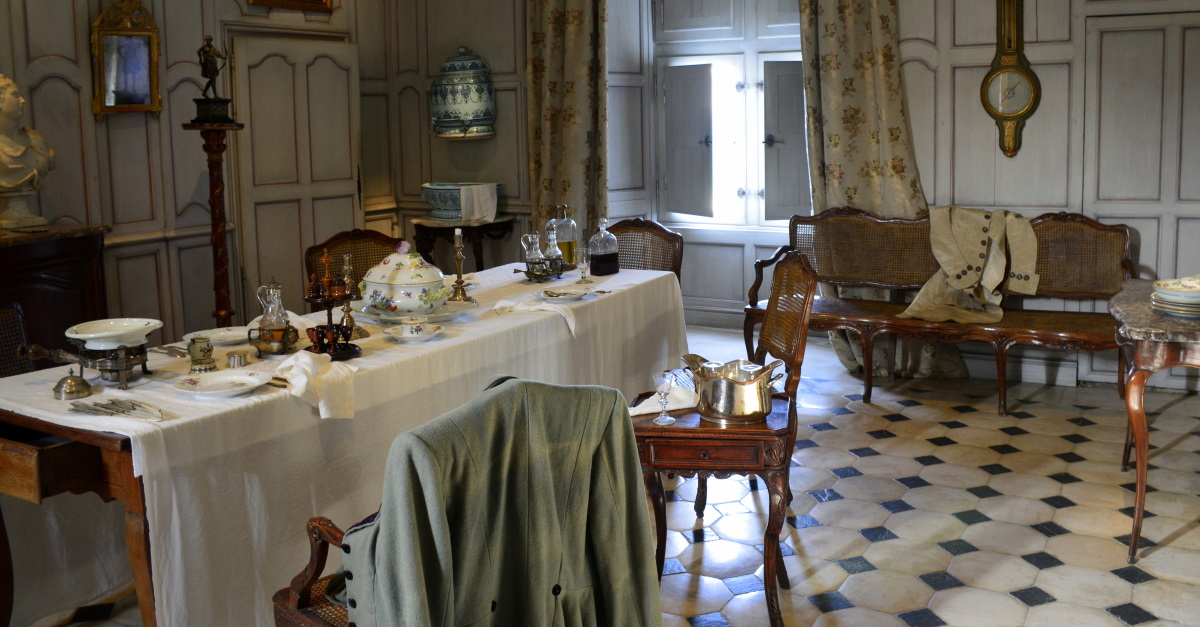 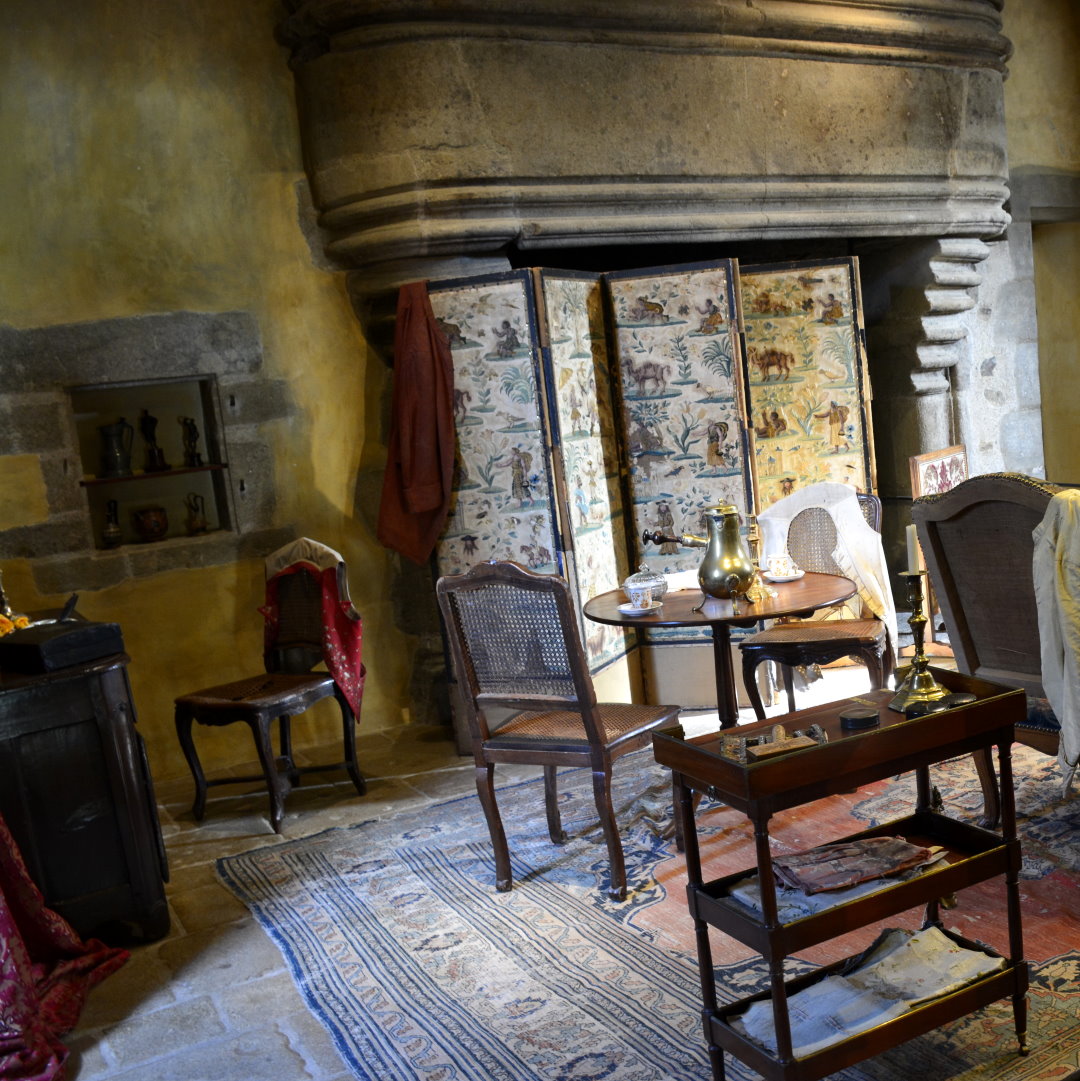 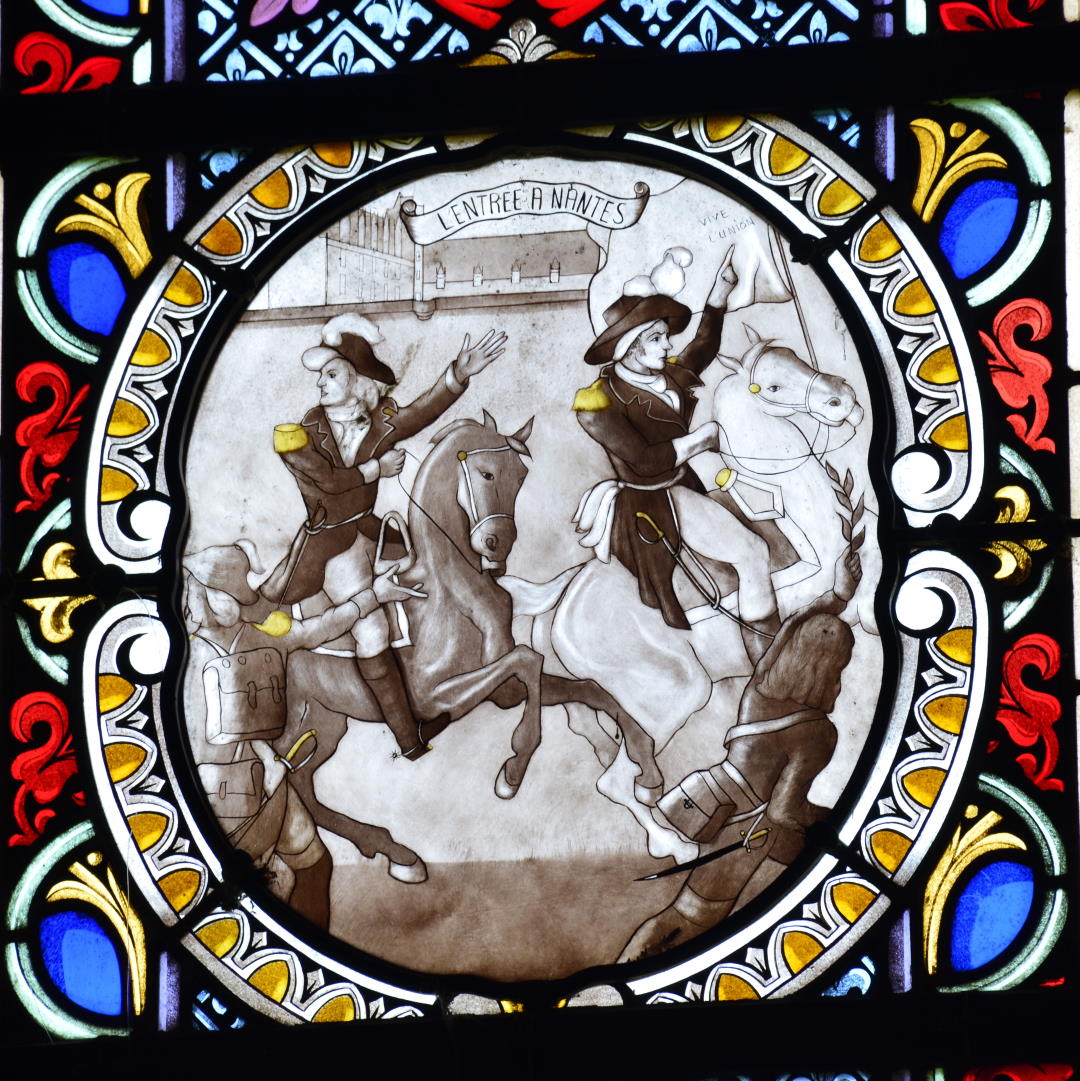 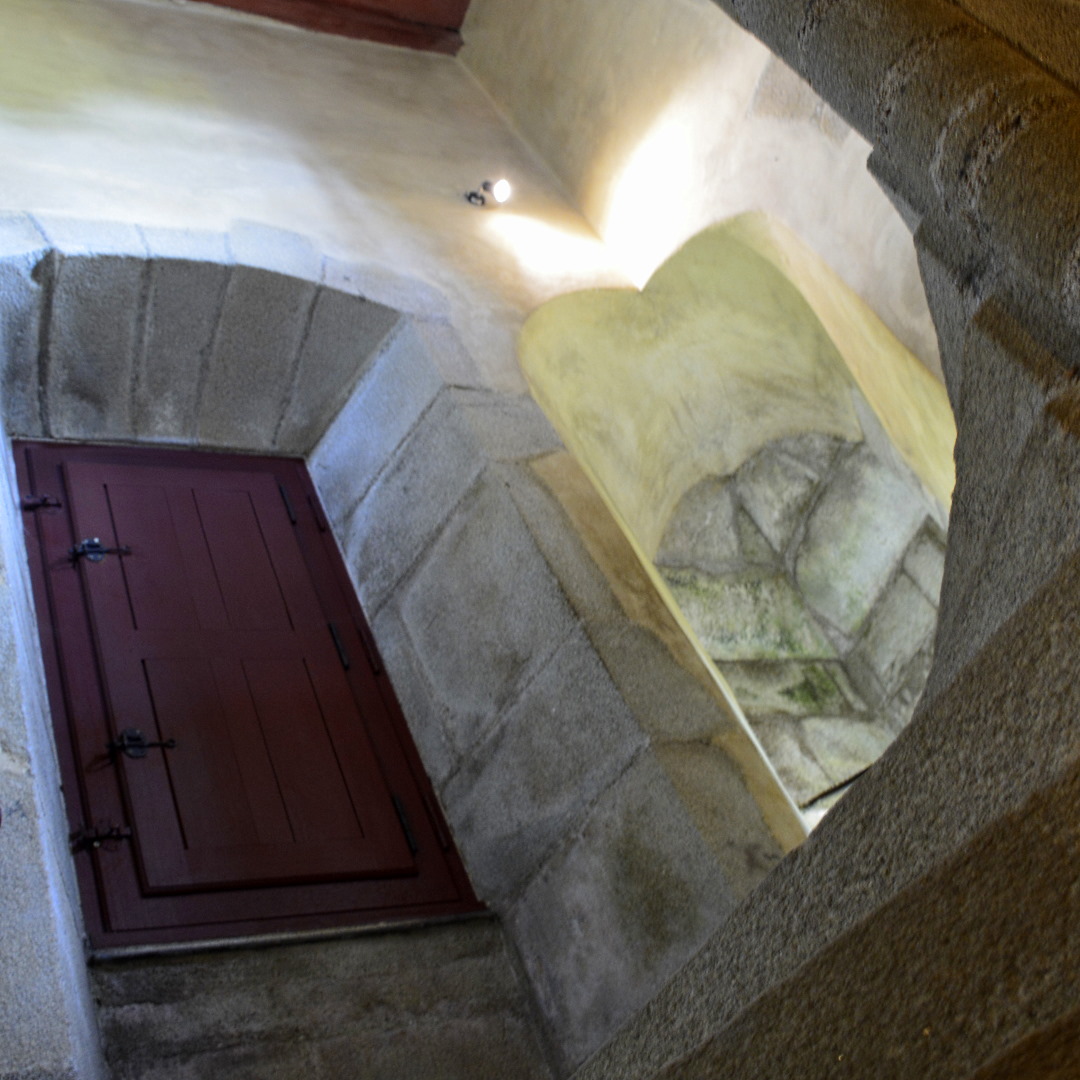 Other nearby activities & sightseeing

LOGIS DE LA CHABOTTERIE
Presents an array of spectacles and activities for the whole family throughout the year. Do check these web pages for scheduled annual events, classical music events in summer,

DINING WITH ONE OF FRANCE'S TOP CHEFS
Located in one of the outbuildings just outside the gates of Le Logis and a short walk away from the car park is the restaurant of famed Thierry Drapeau. The Michelin stars were sadly lost in 2019, but the dining experience remains exquisite.
Info – Website
GPS coordinates –  46° 47′ 36″ N, 1° 00′ 59″ O
Tip – A Michelin star restaurant may not speak to everybody's budget, but there are other restaurant options in the village nearby, as well as picnic opportunities and facilities in the park. 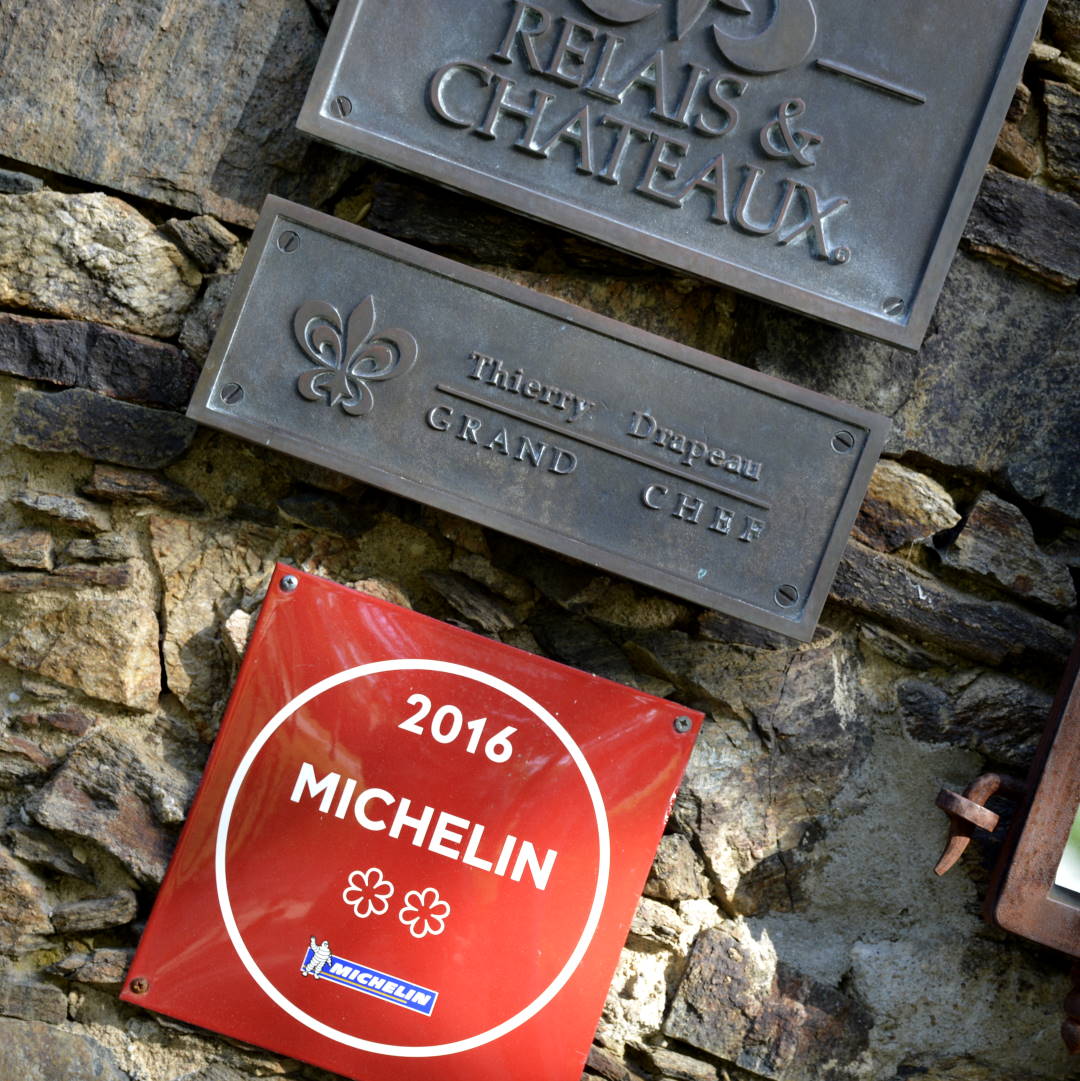 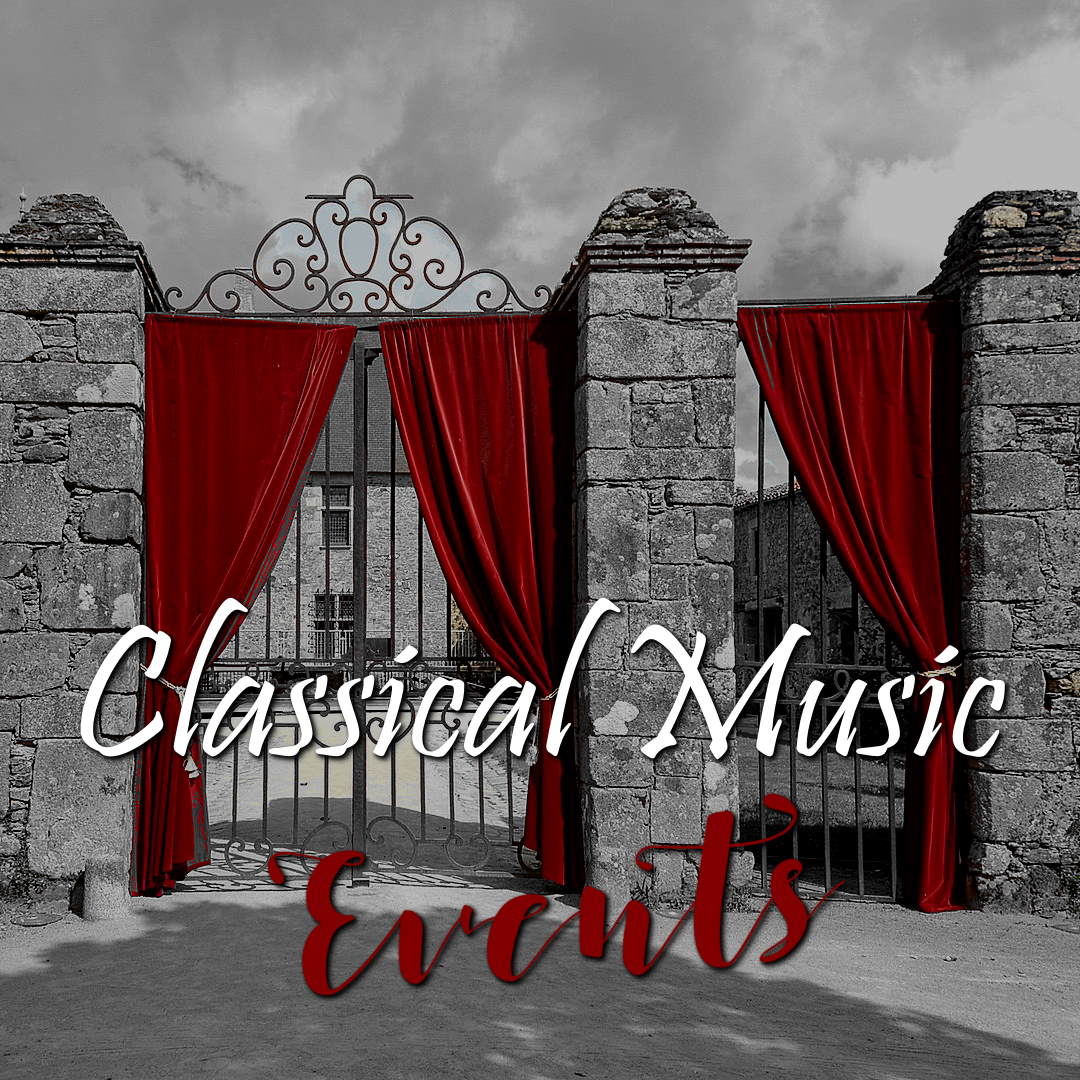 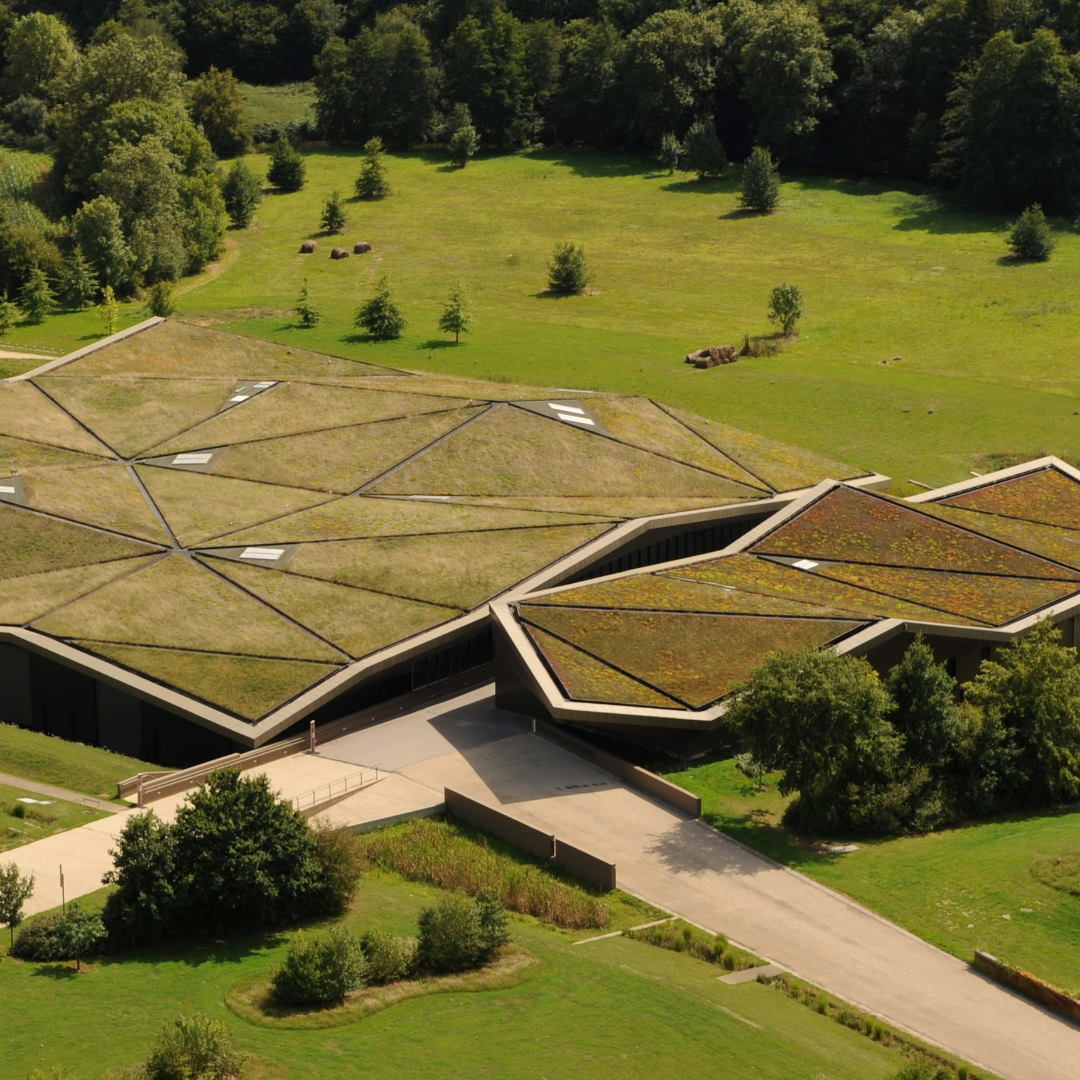 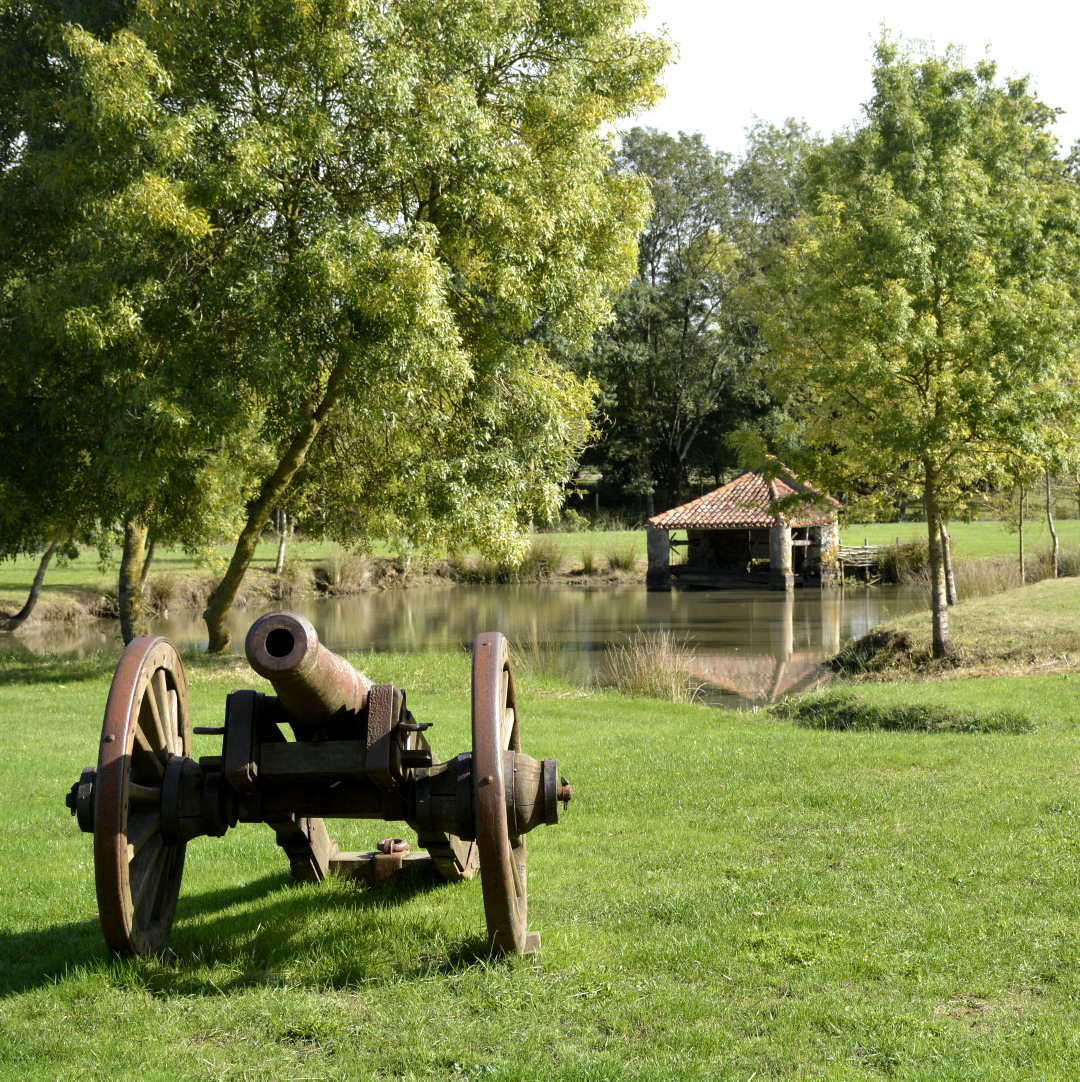 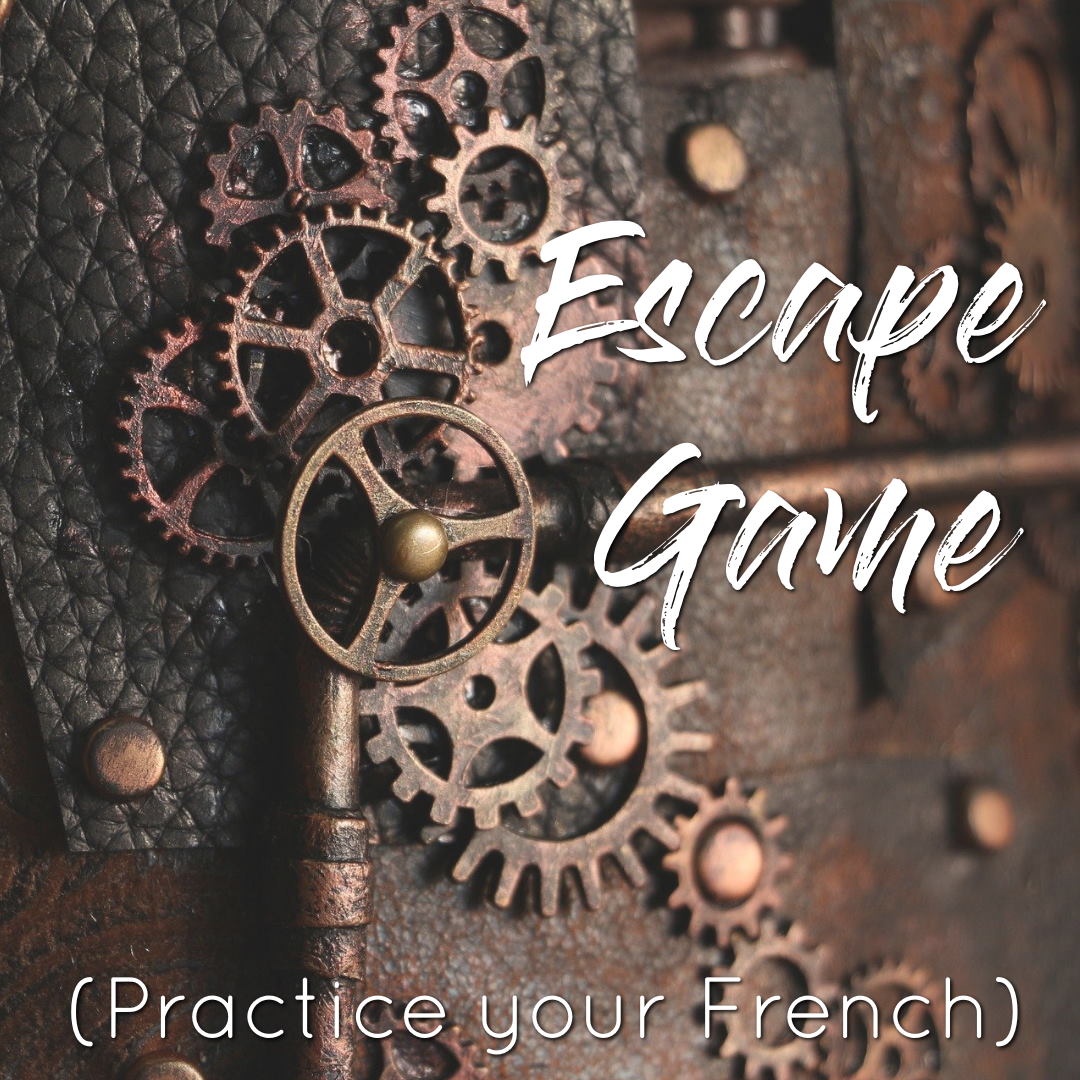 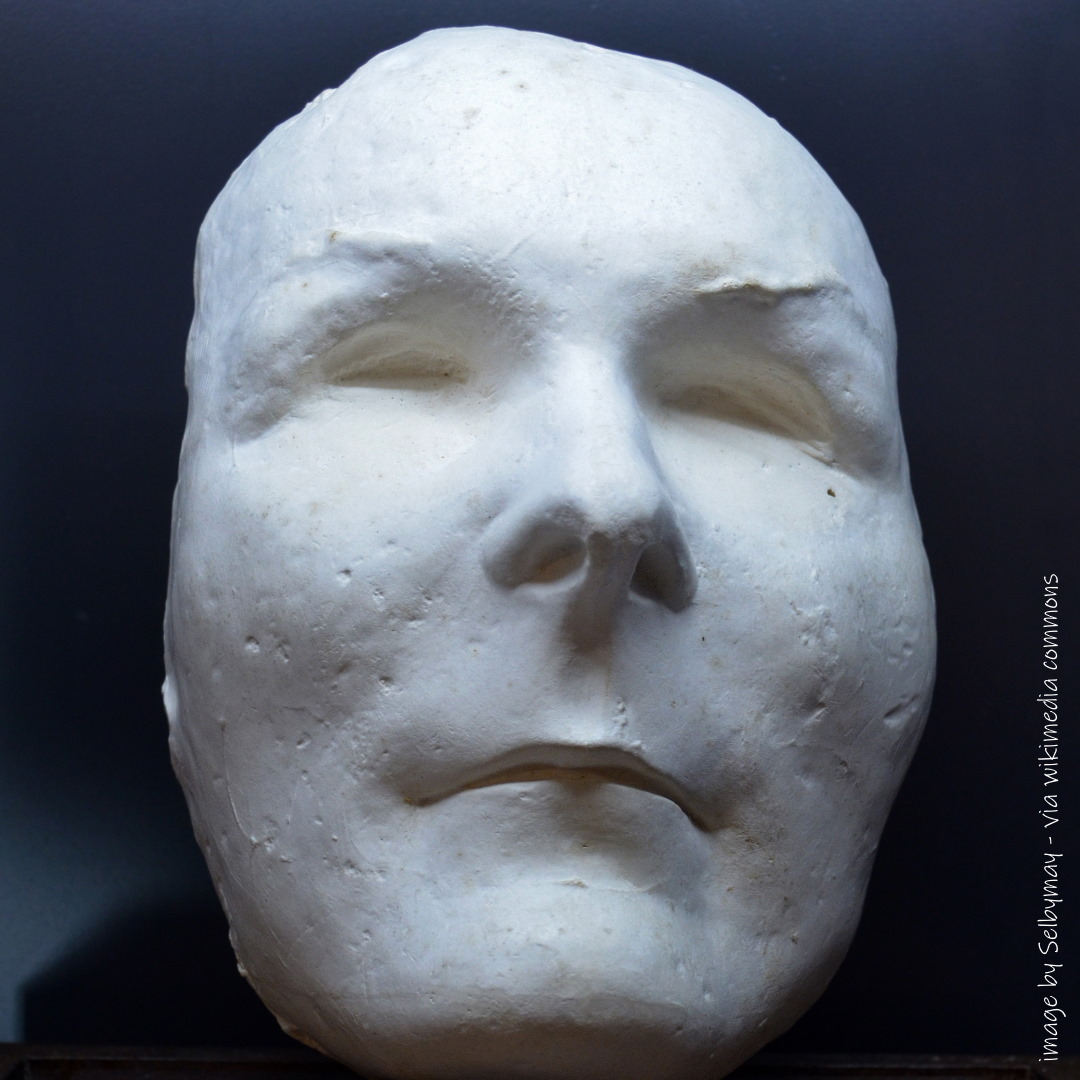 An itinerary for everyone

We can sum up the reasons to take this day trip, or half-day trip, in just a few important check points. There is truly something for everybody in the family! Children are especially included. Access may prove challenging for the less-mobile as there are stairs.

Language at Le Logis de la Chabotterie – The end of the house tour leads through a large gift shop offering an array of local artisan products, toys, gifts, and books. While the reading material for sale is quite extensive and very good, sadly none of the selection is available in foreign languages. The Escape Game, too, is available only in French. To reach the wider sightseeing public, we hope this will be remedied in the future.

The exhibits and interactive technology on the tour itself is multi-lingual, which is a wonderful feature!