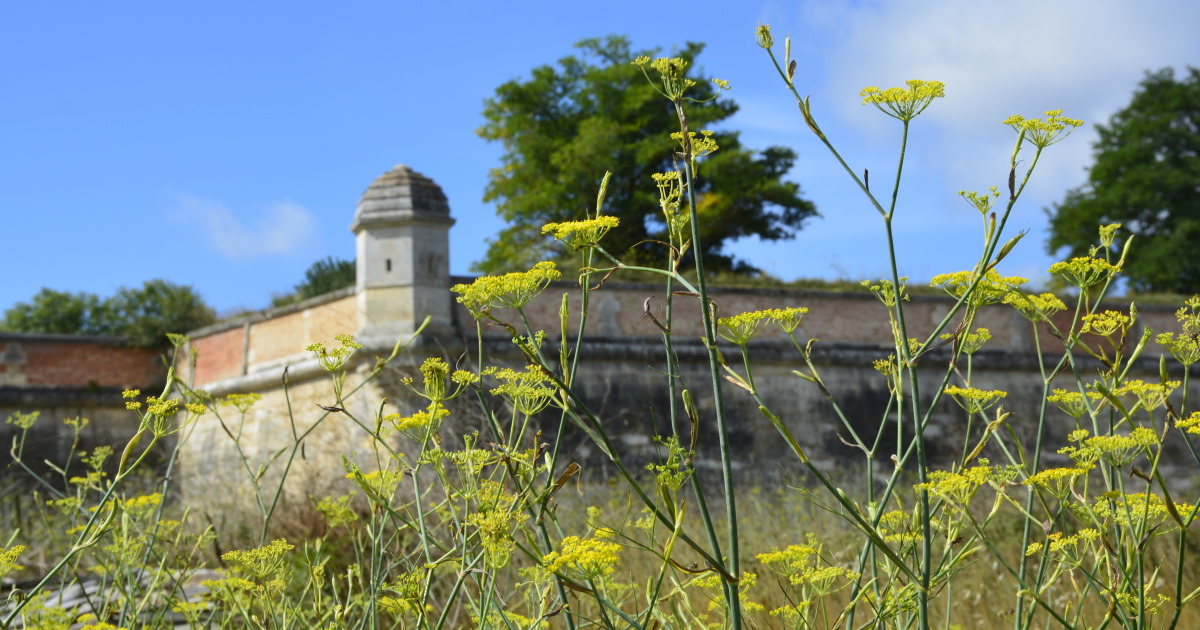 Founded at the edge of the Atlantic Ocean in 1555 as Jacopolis sur Brouage, this village went from being widely known for its salt trade to being strategically important in the conflict between Catholics and Protestants, to being fortified and becoming a Naval port, and later a prison fort. Today, the fortified village is surrounded by marshland and oyster farms, and in 2017 achieved status as one of France's famed 'Plus Beaux Villages de France'. Located just 35km south of La Rochelle, we recommend le Citadelle de Brouage for a daytrip from the Vendée! Year-round!

Star of the Marais-Charentais – The road leading to the star fortress situated between Rochefort and Île d'Oléron twists and turns through a low lying, windswept landscape covered in grasses that must be as beautifully green in spring as they are golden in late-summer.

Located further north than Montreal in Canada, south-west France enjoys a temperate oceanic climate, milder and warmer due to its proximity to the Atlantic ocean. Still, one might imagine an occasionally frosty winter sunrise setting these marshlands a-twinkle against the pinkish hues of a big sky.

It feels a bit like driving toward the end of the world, until an impressive construction of walls, bastions and watchtowers rises from a patchwork of oyster farms oozing a timeless message of power. When you see a place like this, it's easy to forget that it's been old for a LONG time. It doesn't just have one history, it has a series of stories.

Make it a daytrip  – Located 35km south of La Rochelle and 11km from Rochefort, the Citadel is easily accessible from just about everywhere in the Vendée for a lovely daytrip. You'll find local artist shops and galleries abound, an interesting military history museum, the old ice house, the church with Canadian stain-glass windows, wide ramparts to circumvent the fortress, underground ports and more. Tours depart from the tourist office.

Open – Year-round
Tip – Amateur photographers!
Address – Brouage 17320, Marennes-Hiers-Brouage
GPS coordinates – 45°51′02″N, 1°04′28″W
Food – there is a choice of cozy restaurants where the local delicacies of mussels and huîtres de Marennes-Oléron (oysters cultured just beyond the fortress walls) are always on the menu.
Picnic opportunity – yes, ample space outside the city walls or atop the ramparts
Family fun – Download the Tèrra Aventura app for a 3.5km adventure to solve puzzles and find treasure!
Nearby Sightseeing – Long distance hiking trails (marked white/red stripes); Ile d'Oleron; the city of Rochefort
Images – by inthevendee (except old maps supplied by wikimedia) 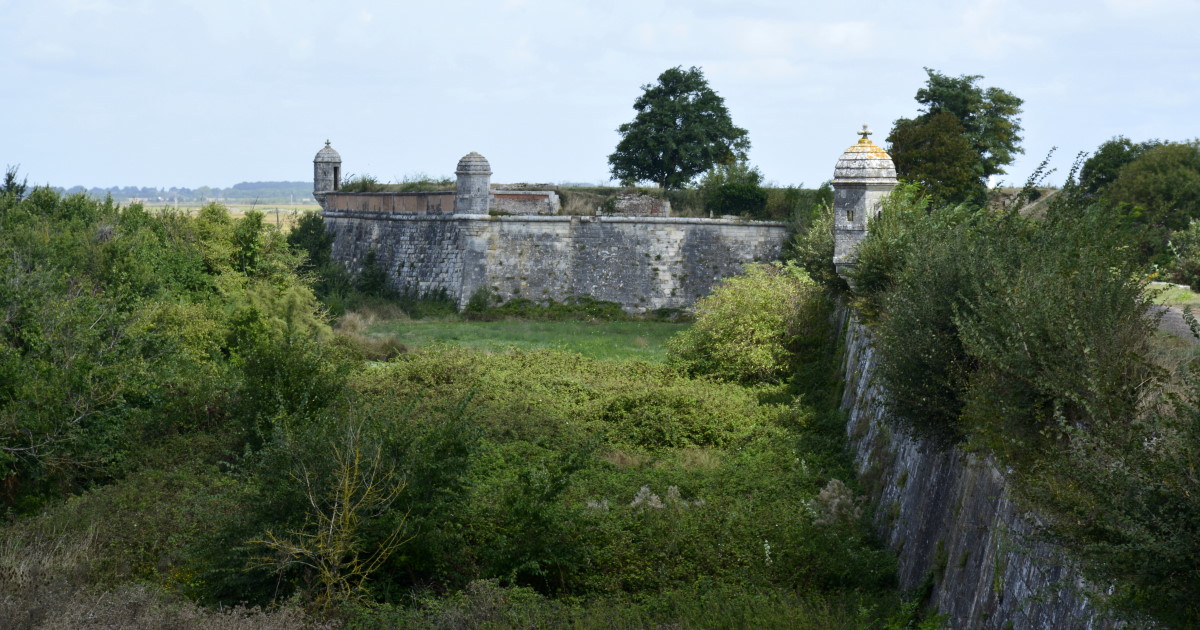 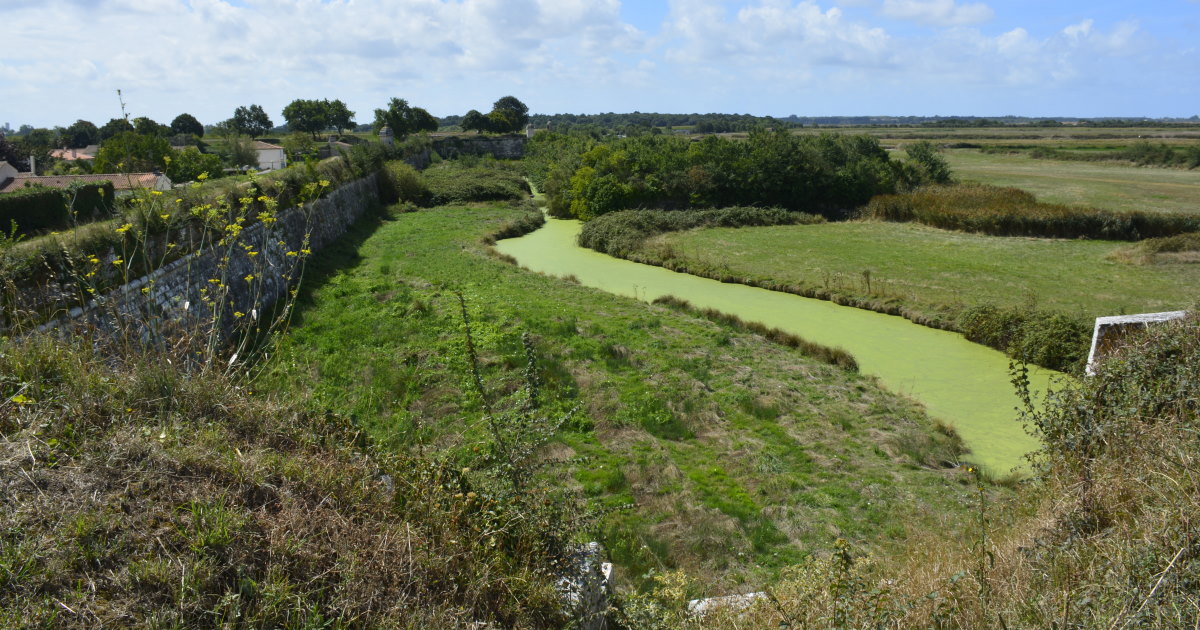 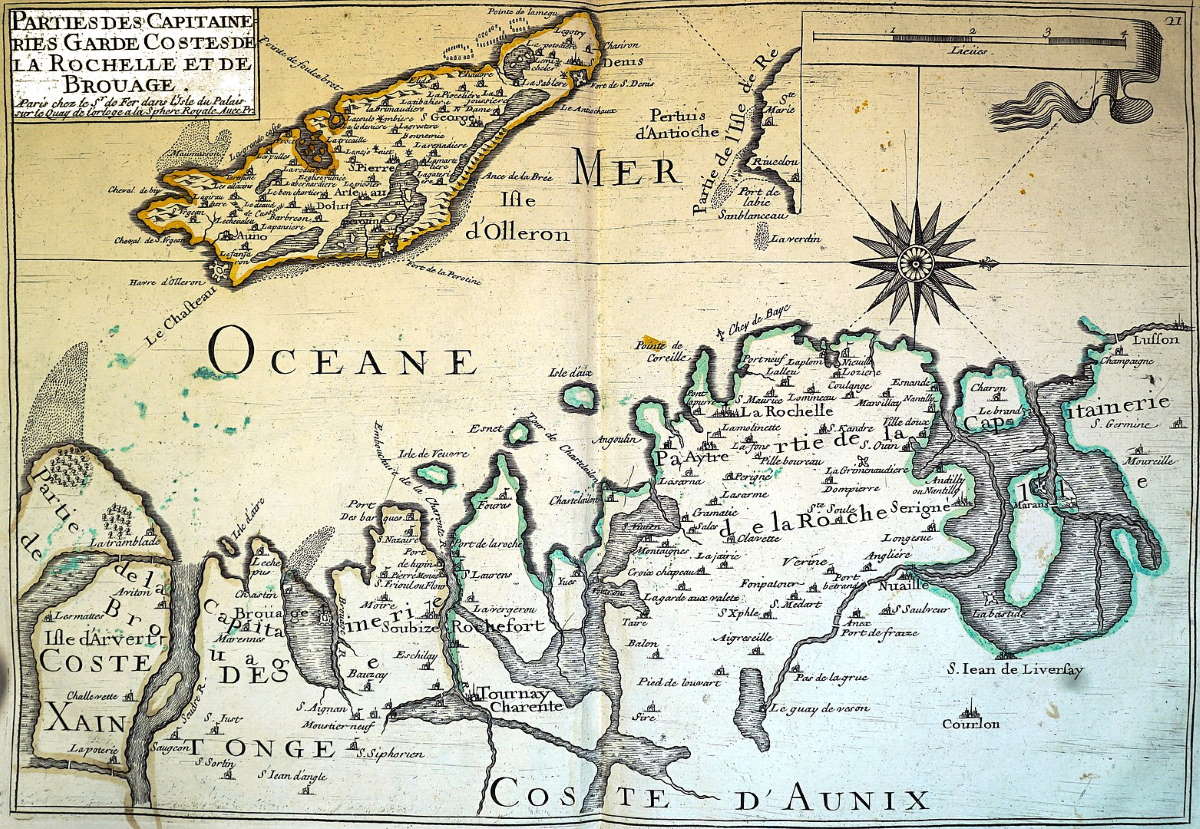 A survey of the area has shown protohistoric, antique as well as medieval settlements were found though not in the marais but at the bottom of the bay nearby. In the XIth century, the island was a part of an archipelago of islets in the Gulf of Saintonge. In 1047 there is mention of the Saint-Hilaire church and abbey with monks harvesting white gold, hereby laying the foundation of what would become the future salt capital of Europe.

By the XIVth century a port had been established, a trading post for Dutch, German, English and Baltic ships to load or deliver misc. supplies on their lengthy sea voyages. By then, the salt was being exported internationally e.g. to Newfoundland in Canada where cod fishermen used it to preserve their catch.

The waters were relatively deep here, and the port could accommodate around 200 ships assuring work for many and bringing a bounty in taxes to nobles and clergy but also creating a security risk as there were no houses. The port belonged to the village Hiers located on the nearest island.

Rather than trading at the ports of Bordeaux or Portugal, foreign merchants preferred to obtain wine in nearby La Rochelle and salt at Brouage, as it was closer to home and less treacherous to navigate to.

Kings took notice of the potential for a larger city here which would kill two birds with one stone: an economic (white-) goldmine and increased security. After years of dispute and working around the issue of  building a village on water and marshland,  Jacopolis sur Brouage, was officially established in 1555 by Jacques de Pons, Lord of Hiers and Mirambeau (grandson of Marie de Valois who was a bastard daughter of King Charles VII) who owned the 'land'. The village name possibly referred to the channel 'broue', and to the blue clay or mud it was build upon. It is also suggested that the foundation was facilitated by massive deposits of stone ballast brought in by ships from the north (e.g. Norway) but even after recent comprehensive archeological study, this remains uncertain. In this survey it was also established that the first fortifications would have been rudimentary with clay walls and pieces of ships.

The settlement would eventually grow to 4000 inhabitants, including Dutch merchants. As predicted, the city prospered. A visit from King Charles IX around 1565 was but the first of several royal appearances through the ages.

In the Wars of Religion, Catholics and Protestants wrestled for control of Jacopolis sur Brouage. Until 1576, when the Duc de Guise, founder of the Catholic League took the city. In 1578, King Henry III (son of Catherine de Medici who eventually used Henry's bodyguards to have de Guise assassinated) made it a royal city, changing its name to Brouage. He decided that it should never be captured again, not by Protestants nor the English.

But Louis de Bourbon, the Prince of Condé (Huegenot), had different ideas, sinking 21 old warships to block the port, the only real entrance to the city. Anno 1586, it caused the port of Brouage to be declared unusable .

The church of Saint-Pirerre was built in the XVIIth century with the central nave shaped like an upside-down ship hull in honour of Brouage's most famous child, Samuel de Champlain, explorer and founder of Quebec. The church's stained glass windows are by Quebec artist Nicolas Sollogoub offered to the city by Canada.

Under Louis XIII, who visited in 1628, the city's governor was Jean Armand du Plessis a.k.a. Cardinal de Richelieu. They saw potential for much more than a successful commercial port. Protestant La Rochelle needed to be conquered, and Richelieu considered Brouage a strategic point to launch an army.

Between 1630 and 1640, the engineer Pierre d'Argencourt was engaged by Richelieu to build an impressive star fortress with wide ramparts in 400 sq.m, bastions, watchtowers, and curtain walls. The Porte Royale and Porte de Marennes were entry points to the citadel, as well as an underground port.

The fort could hold a garrison of 6,000 men, with a weapons arsenal, forges, a powder magazine, food stores, and a hospital. Carpenters, masons left 17th century graffiti behind here and there (see intro.)

In 1653, Giulio Raimondo Mazzarino a.k.a. Cardinal Mazarin succeeded Richelieu as governor of Brouage. He was chief minister to Louis XIV, and the uncle of the famous Mazarinettes sisters whom he had brought from Rome to Paris to arrange suitable marriages. His plan backfired, however, when the Sun King himself fell in love with Mazarin's niece, Marie Mancini and was determined to marry her. But the Cardinal had worked tirelessly to end the conflict between Spain and France by arranging the marriage between Louis XIVth and the Spanish Infanta Marie-Thérèse of Austria. So, poor Marie Mancini saw herself exiled by Cardinal Mazarin, to Brouage, to keep her away from the King (1659). Eventually she married an Italian prince.

The military fortress had the reputation for being impenetrable and in 1685 the famous Sébastien Le Prestre, Marquis de Vauban, French Marshal to Louis XIV, engineer and military architect, town planner, hydraulic engineer was appointed to modernize the fortification and bastions. But the biggest enemy to attack the impressive fortress carried no weapons.

At the end of the XVIIth century the sea level had dropped due to silting and marshland began to render the port useless. At the same time the reputation of nearby Rochefort was on the rise. During the Revolution in 1793 the fort was home to hundreds of prisoners, 'traitors' to the Republic. In 1885, the military left the Citadelle. 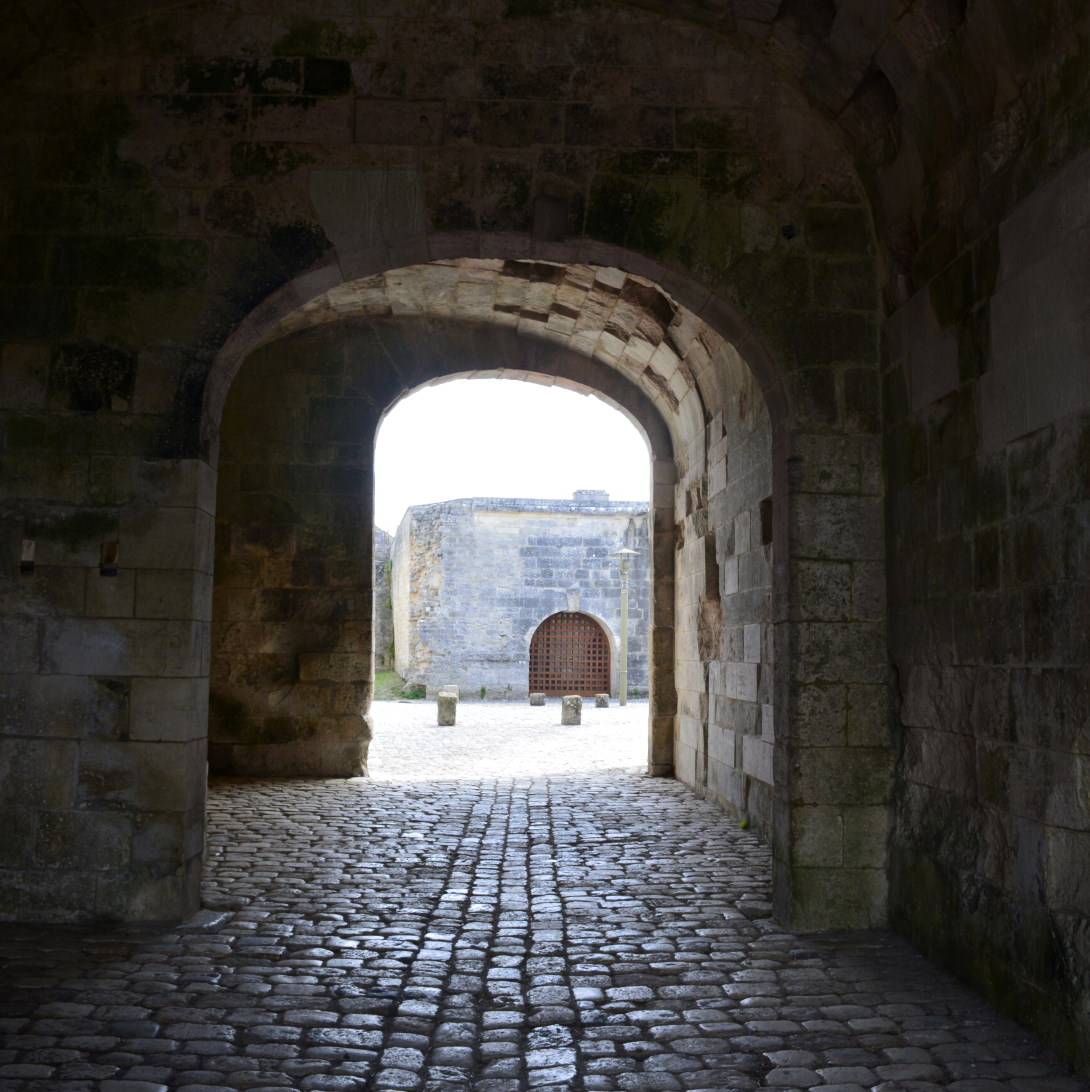 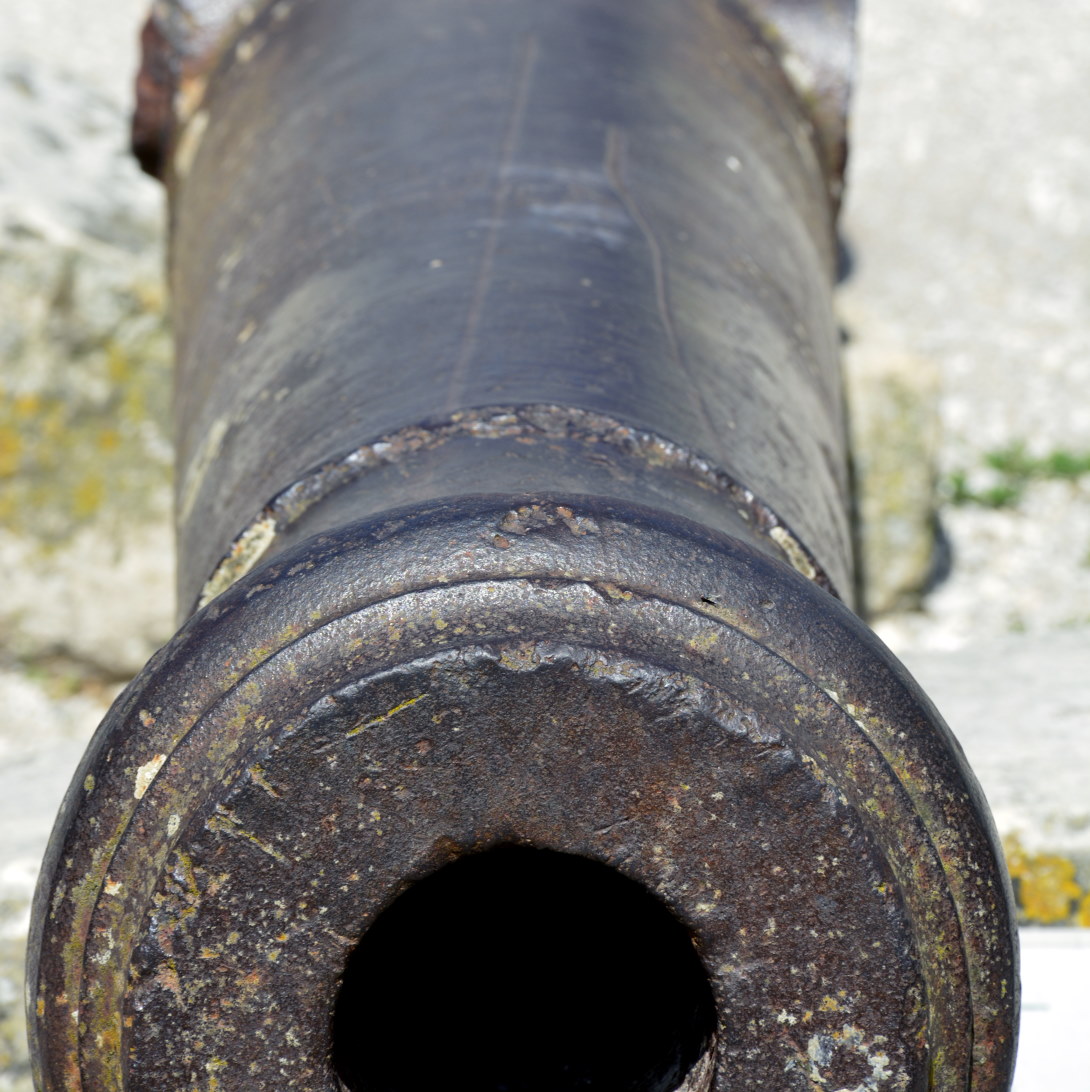 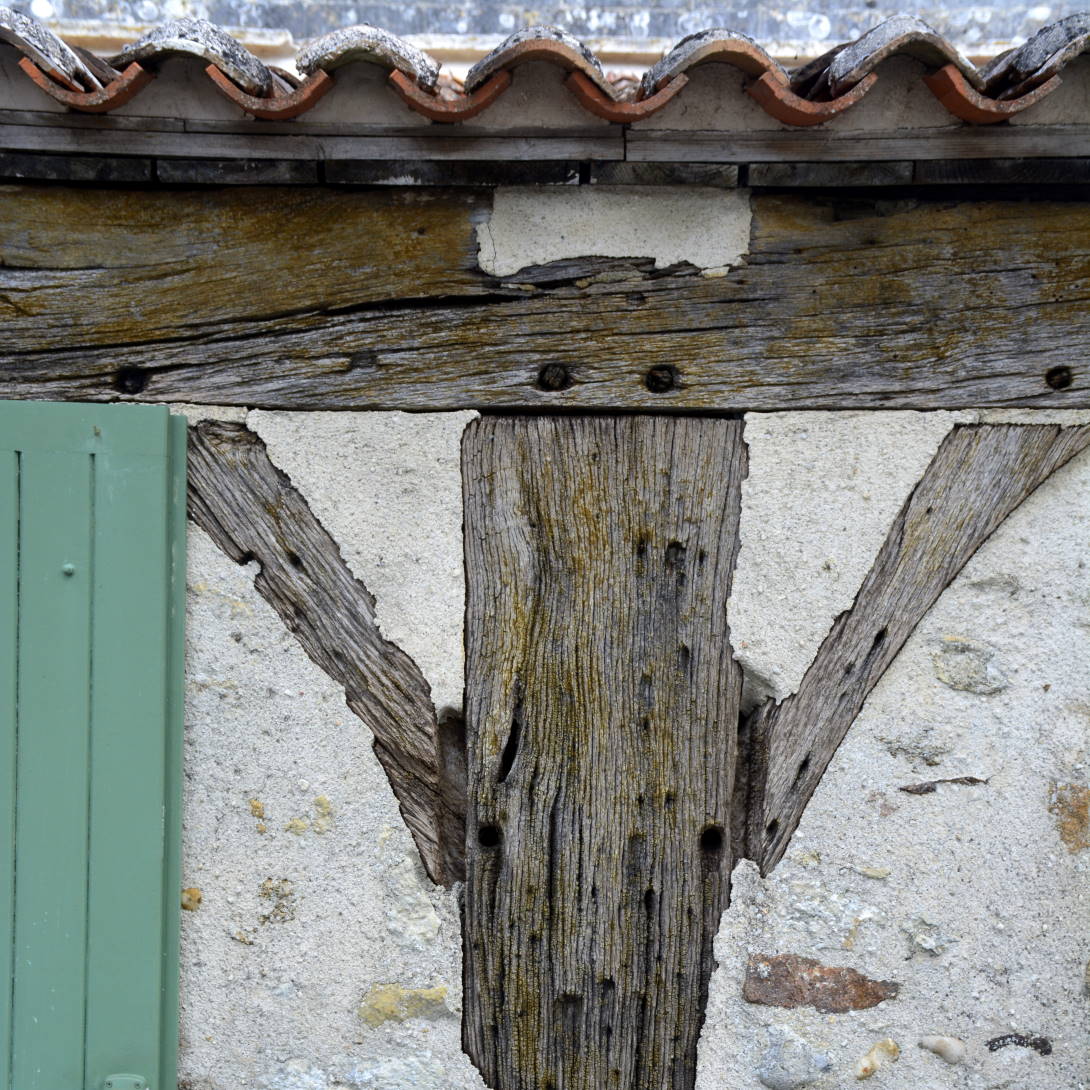 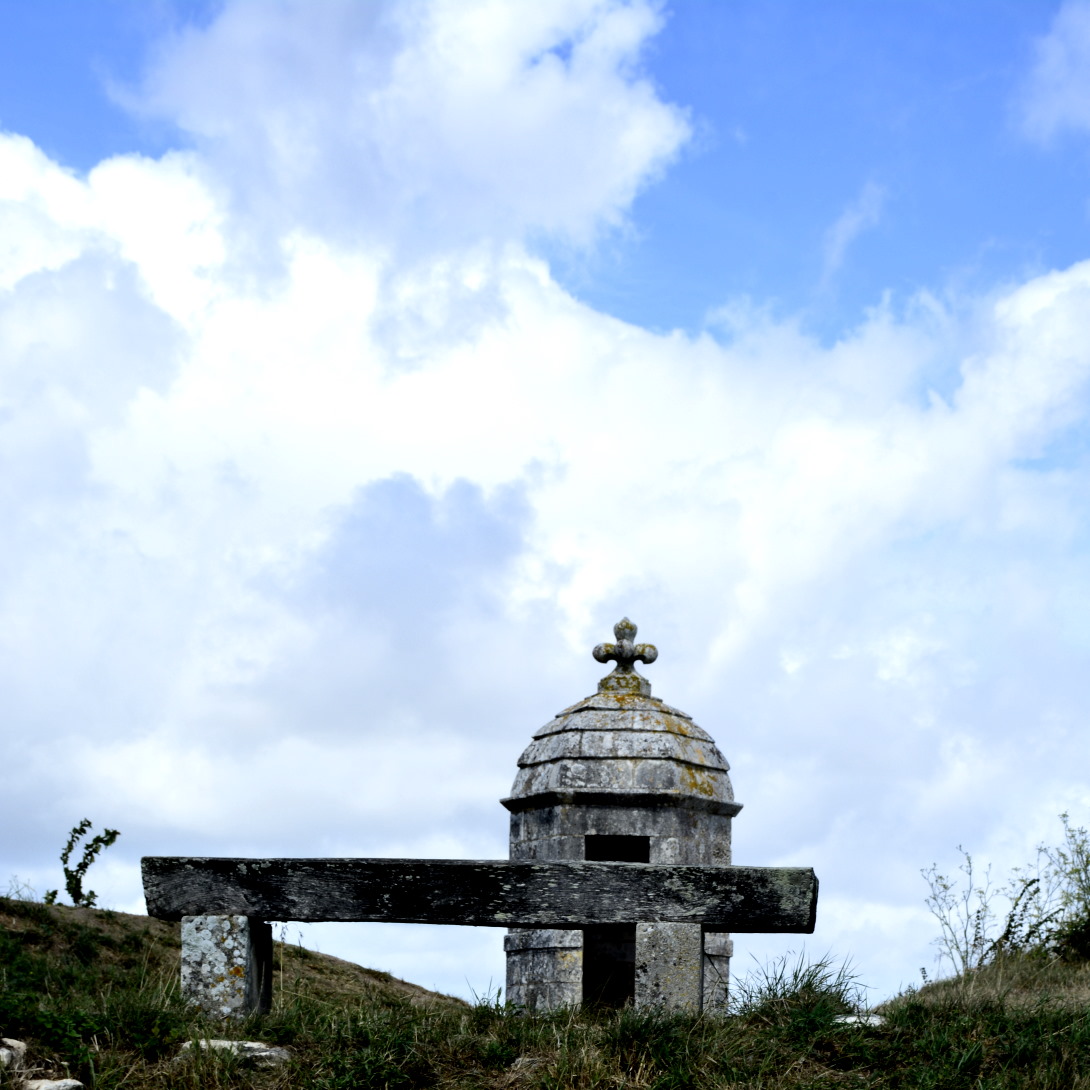 What is a star fortress?

The shape of star fortresses owes itself to an historic arms race between architects, weapons designers, and military strategists.  Originally, it was enough to build on a high hill, so archers could fire down upon the enemy, and walls existed simply to keep people and arrows out.  As cannon fire became a threat, the ring-shaped fortifications of the Medieval era were no longer sufficient.

A cannon ball hitting a perpendicular wall is far more effective than one striking at an angle, and walls must be thicker to defend against cannon fire.  Fortress designs began to take advantage of earth works, embedding into ditches surrounded by earthen slopes.  Digging in protects the fortification from direct fire, and the cover of earth protects against plunging fire arcing in from above.

Low, wide walls are more vulnerable to being stormed, and fire from within the outer perimeter would be deadly to the fortification.  An angular perimeter allows for the fortification to defend itself against infantry.  The "dead zones" of ring-shaped forts, where attackers could find safety from assault by the inhabitants, were replaced by "kill zones", where infantry were effectively funneled into grounds where defensive cannon fire could obliterate them without shelter.  The fortress designs made maximum use of flanking fire against any attackers who managed to reach the base of the walls.

These slow, incremental changes resulted in the striking form of "star fortresses" which are clearly visible on maps today.  These constructions were absolutely state-of-the-art war machines of their day, with the fate of nations decided by the ability to defend against massive attack. 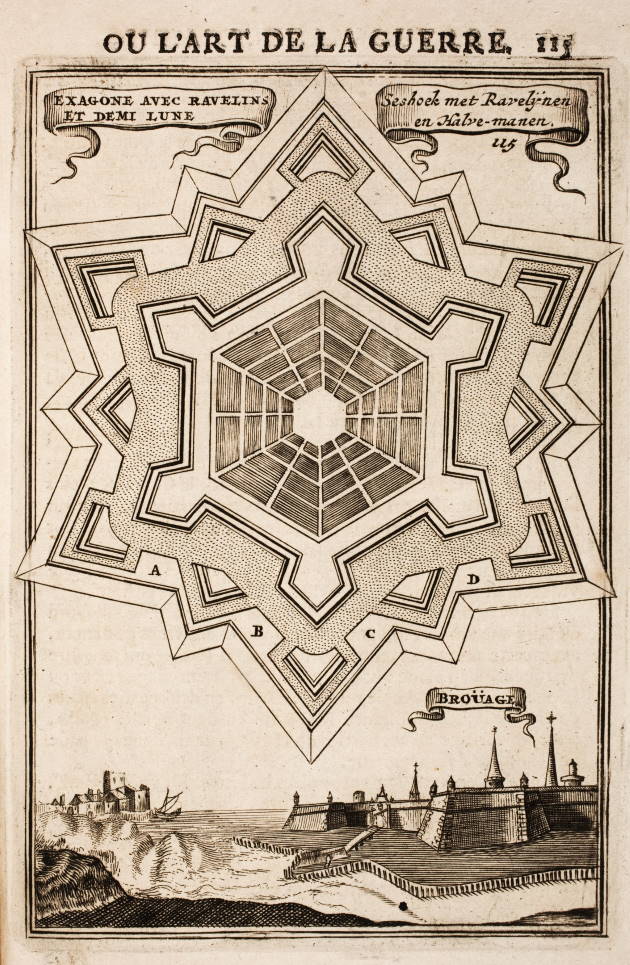 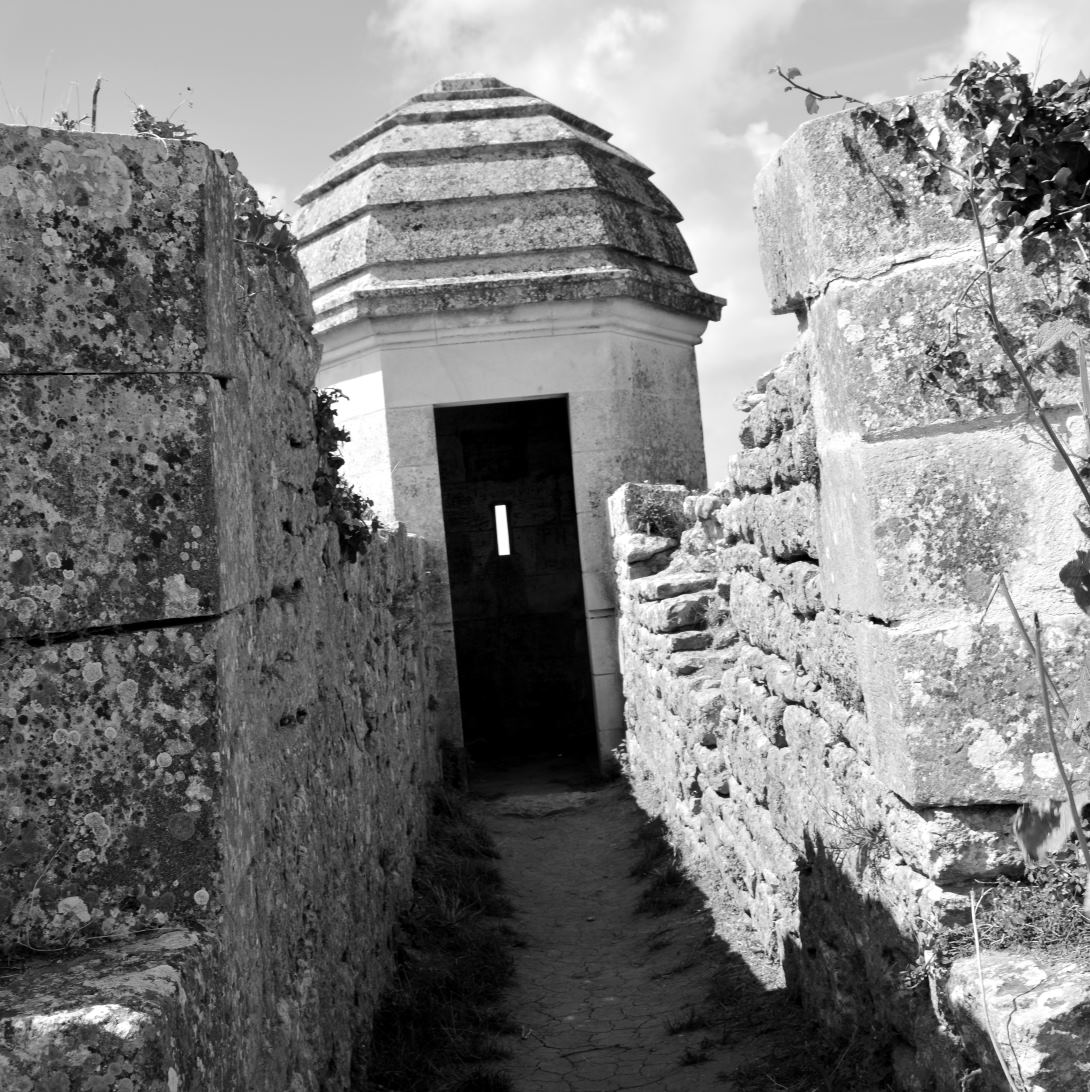 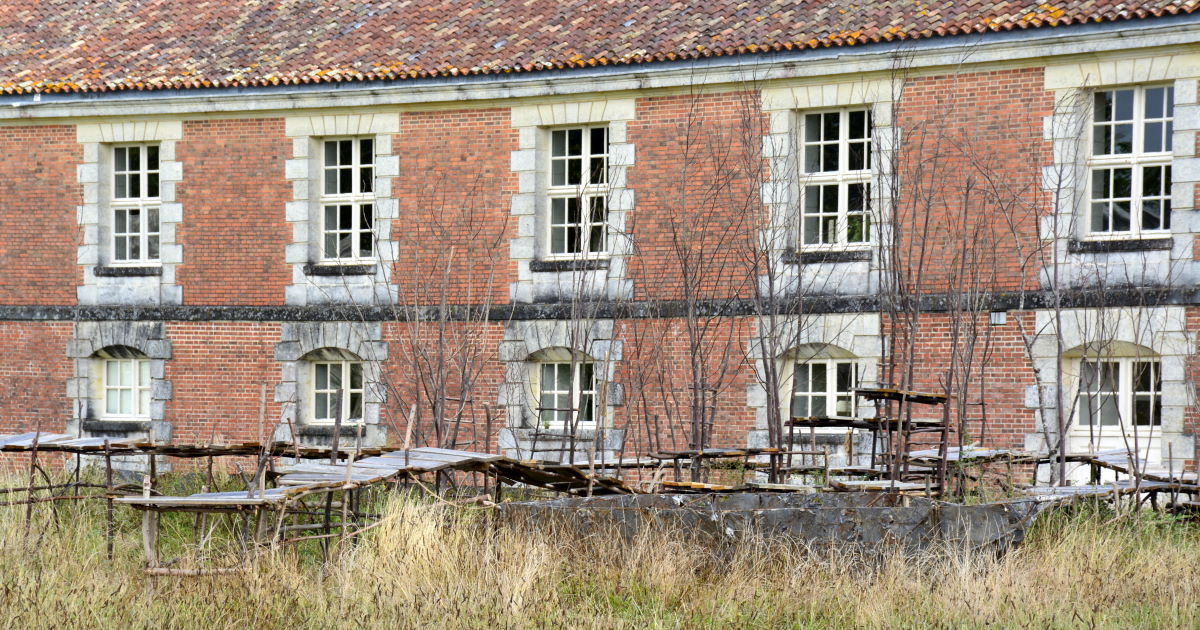 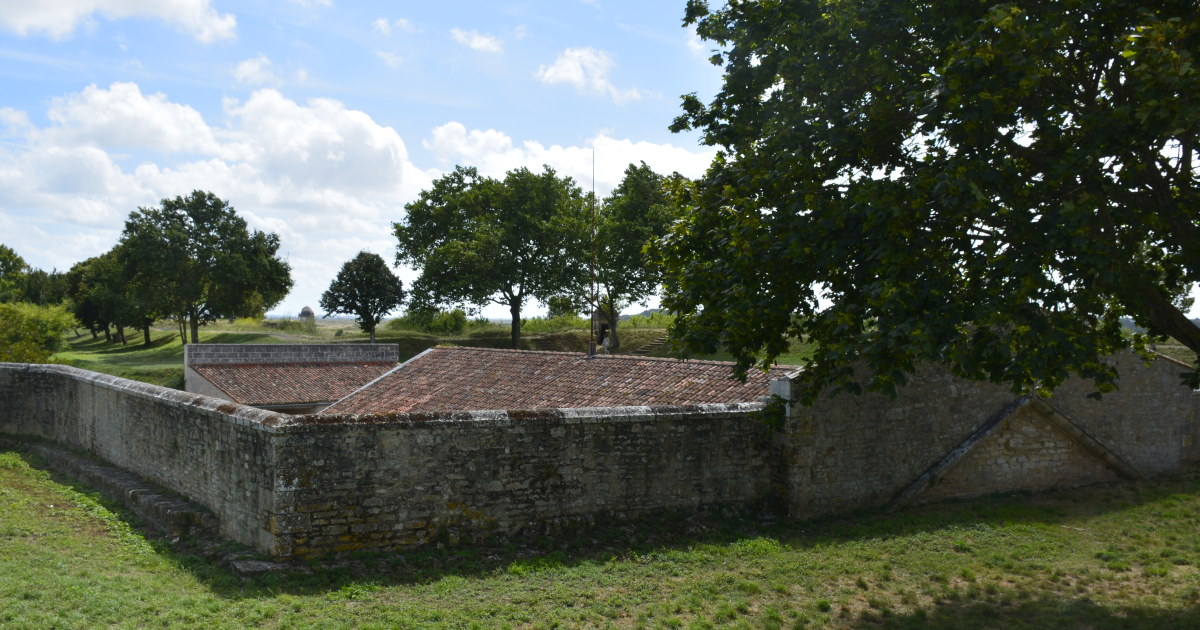 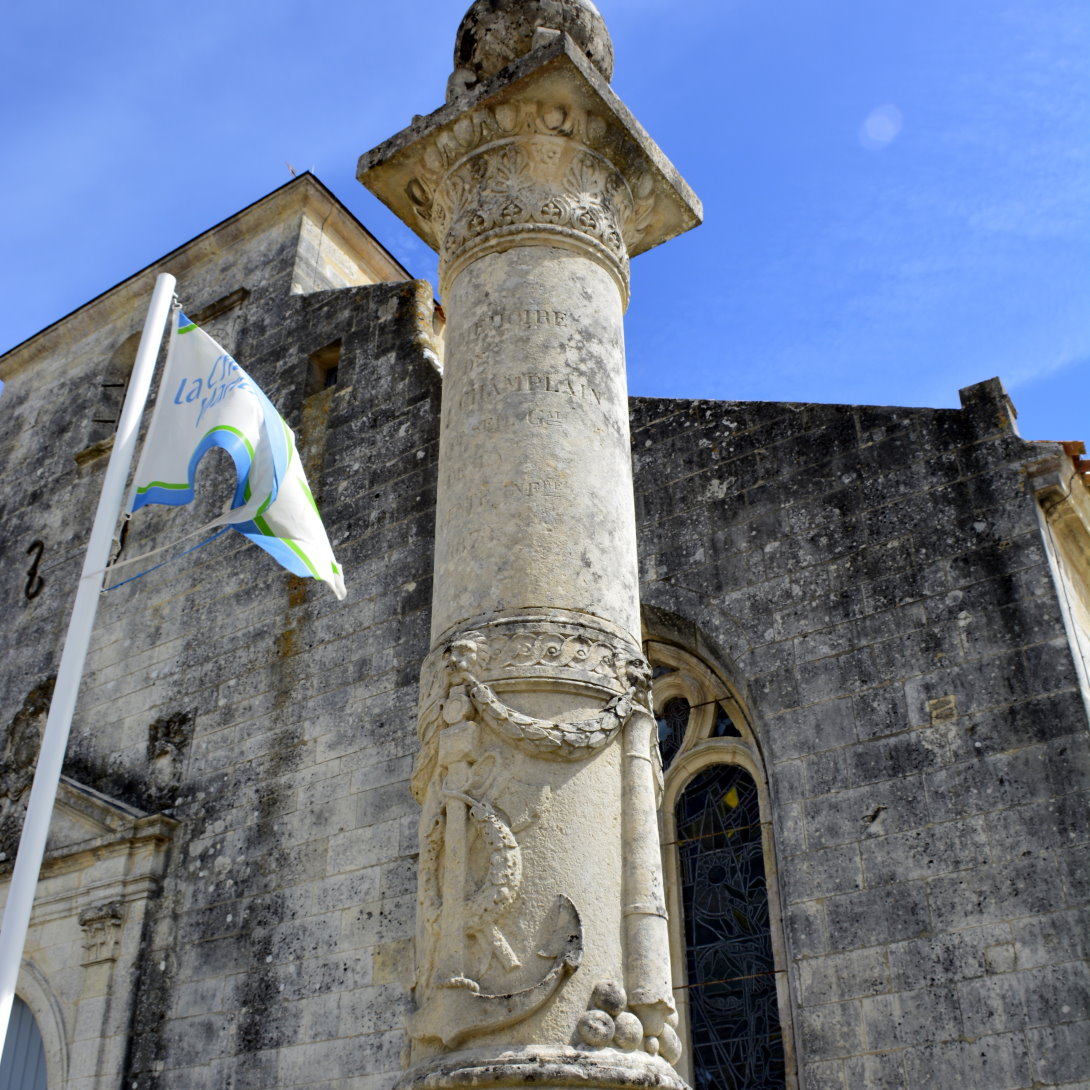 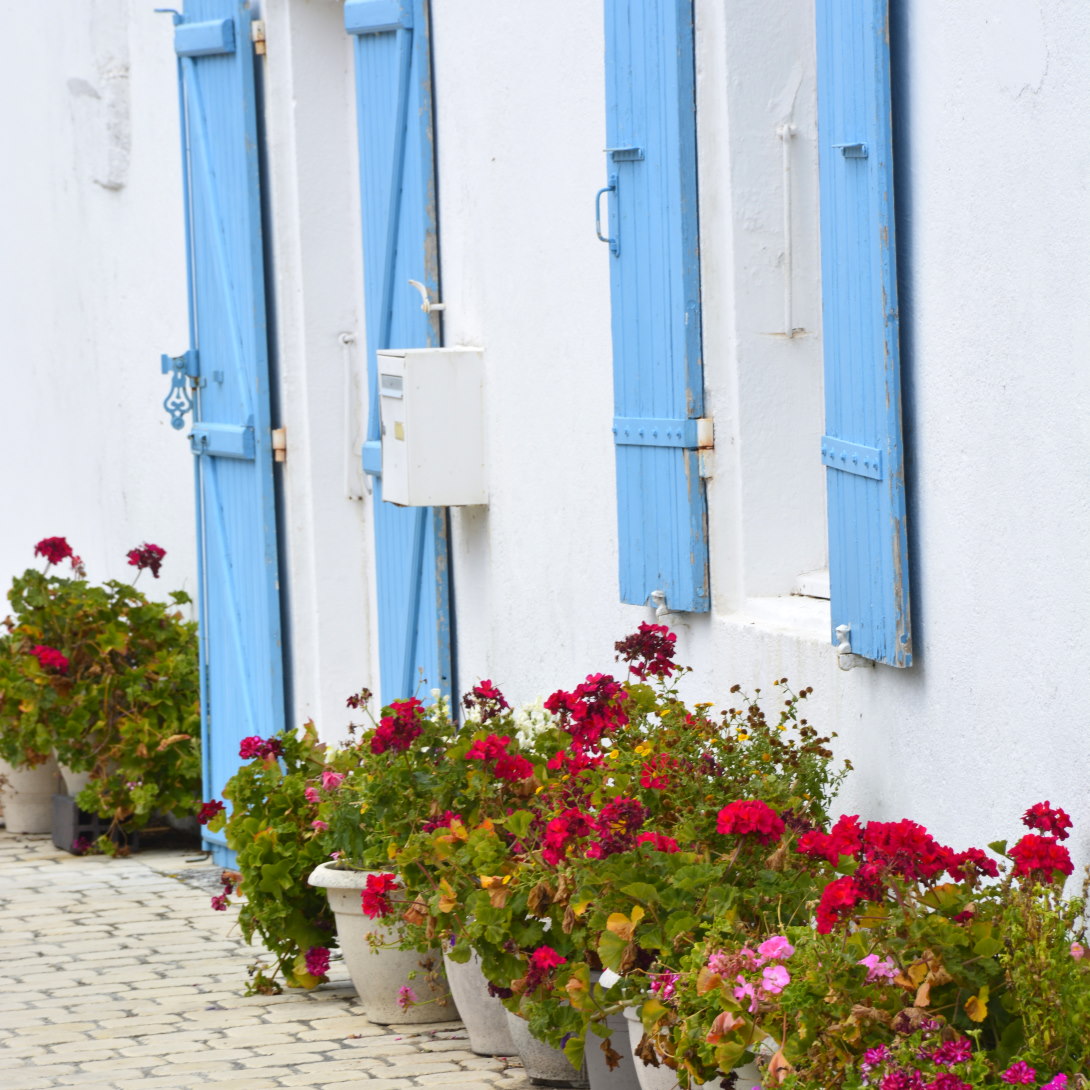 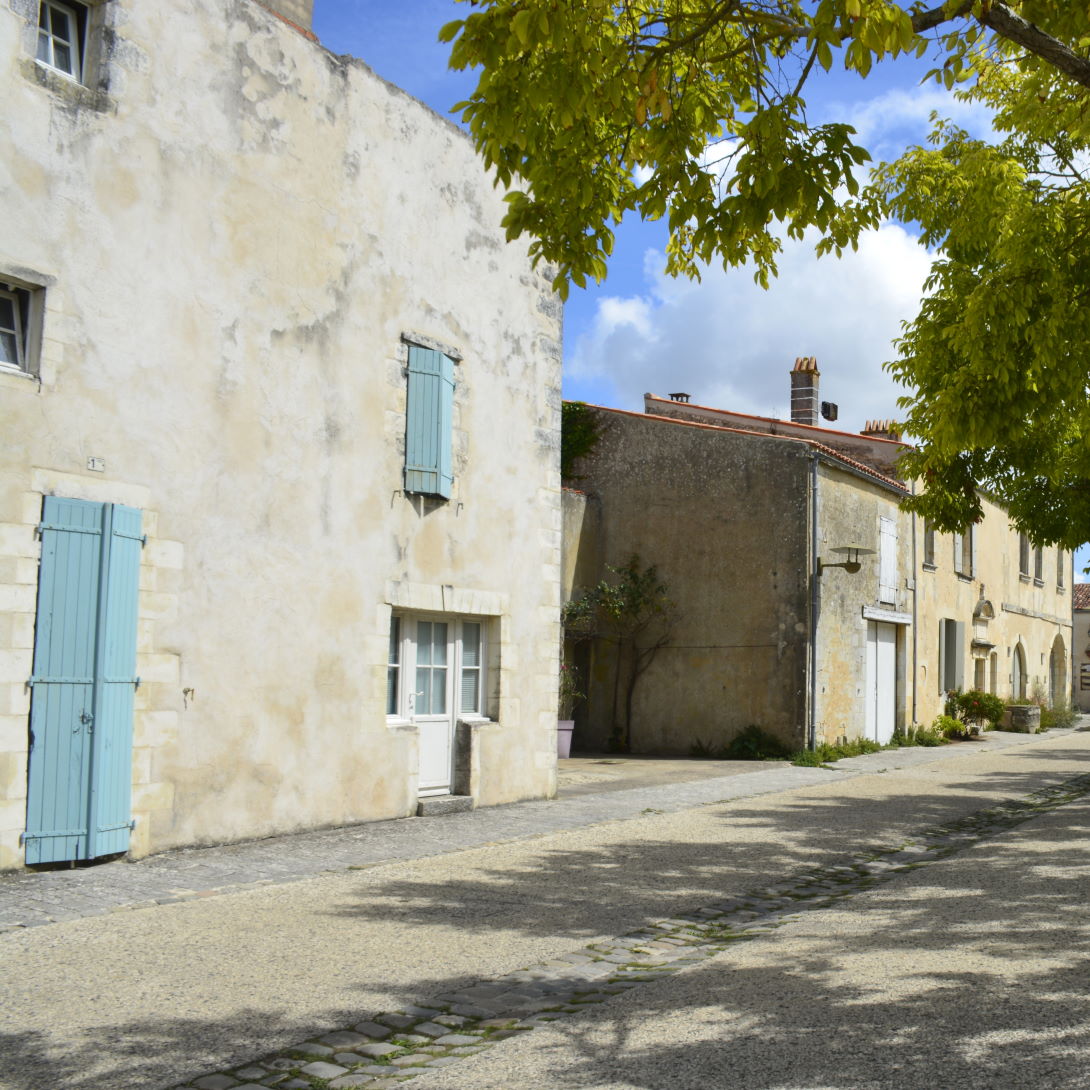 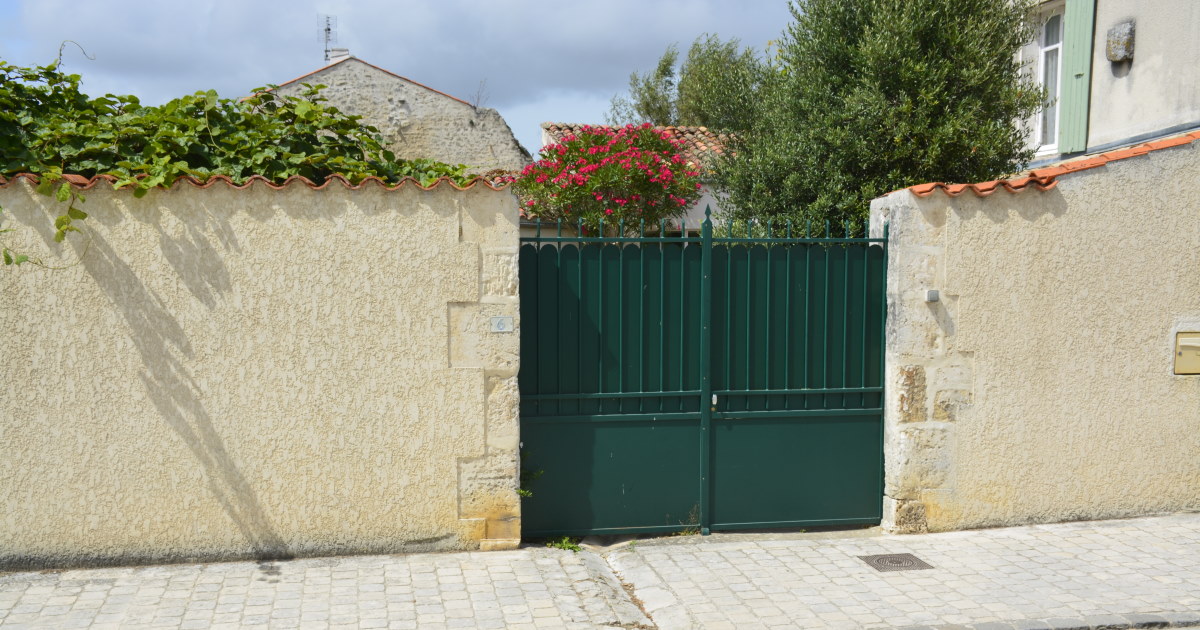 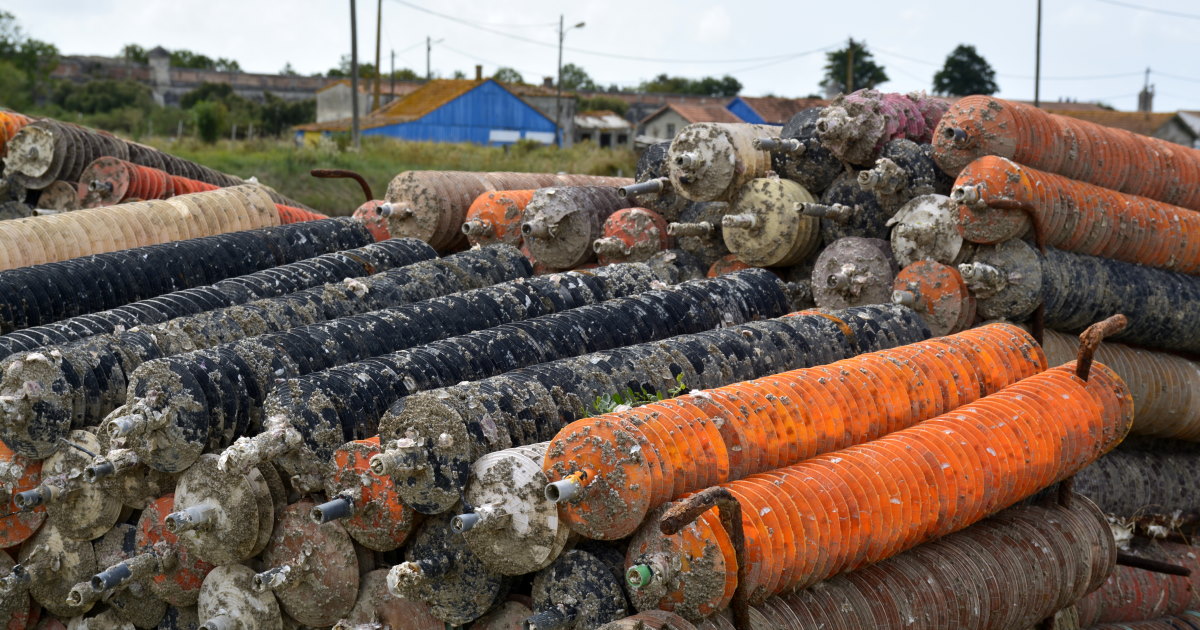 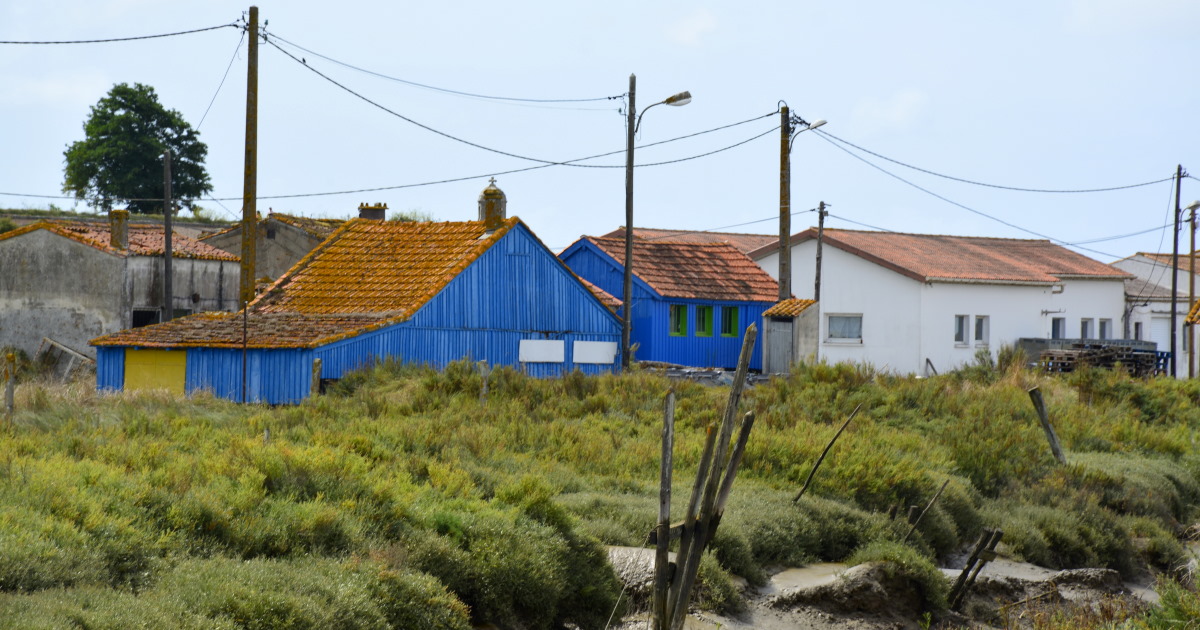 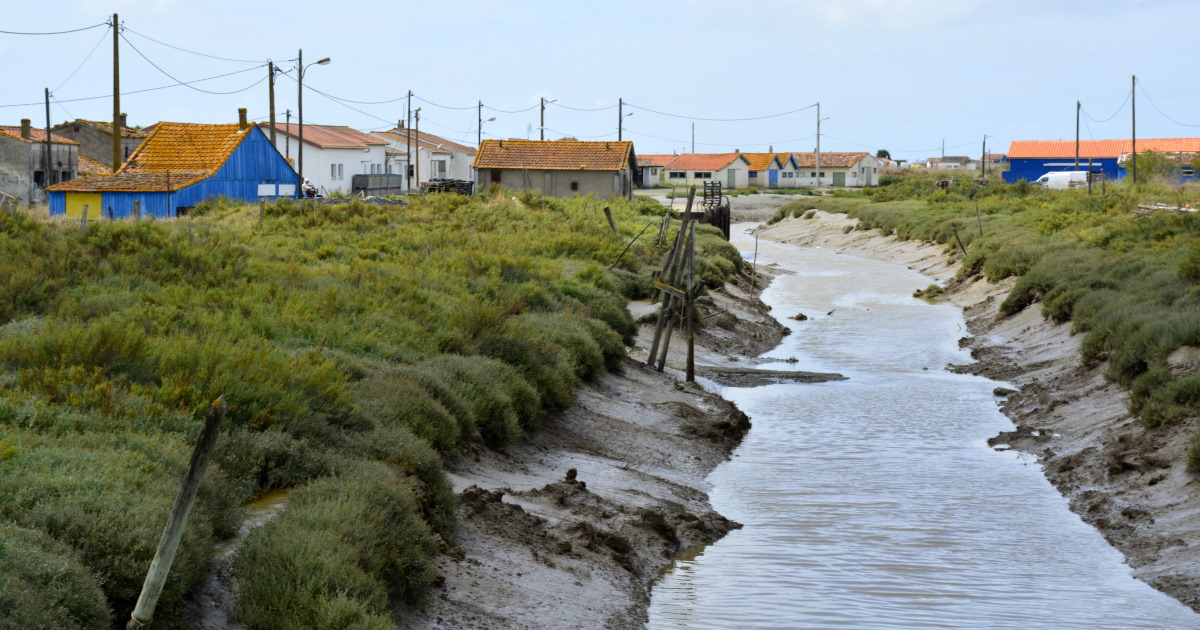