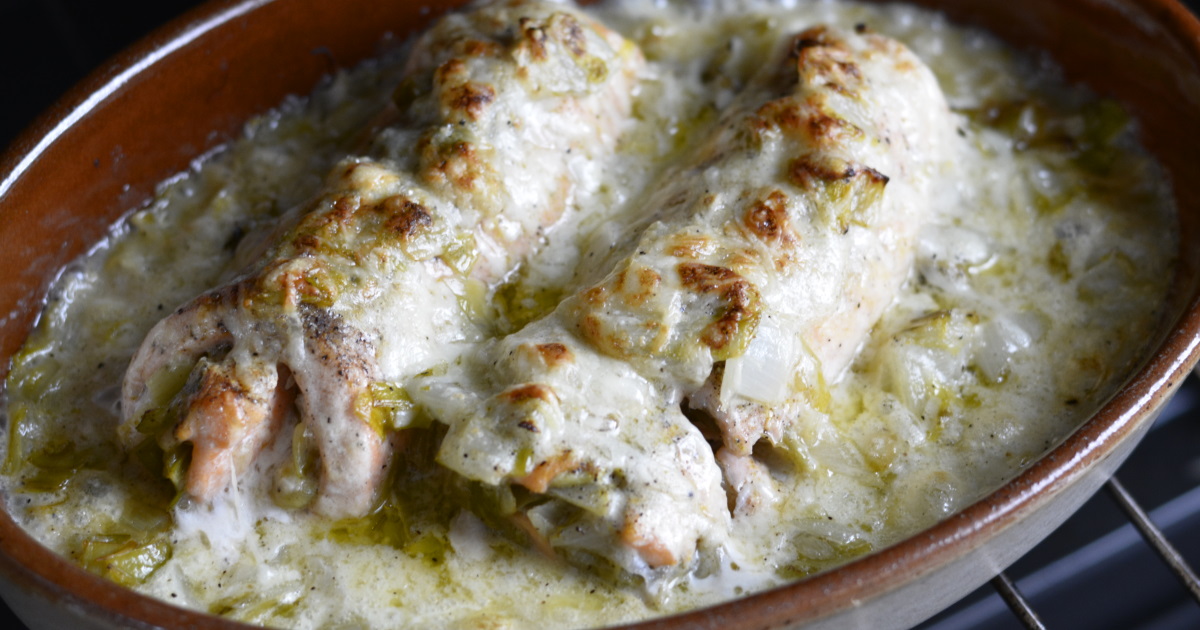 Leeks and endive are two veggies that we love at our house. Growing up, they were regularly served in one way or another and even as a child, I loved it all. Both leeks and endive are vegetables are incredibly versatile. If I could have had one Euro for every time that a cashier in the U.S. asked me these two strange vegetables they were ringing up for me and how to cook them, I would sit behind this keyboard with heavy pockets. How could I possible answer that question anyway. The meals you can make with them certainly do not begin or end with leek soup or endive au gratin. THIS recipe surprised even me. It is incredibly delicious. Silky... lemony... With the Holiday Season coming, this salmon roll with endive and leeks baked in a delicate sauce can be the star on your festive table.

A little background
*Endive was originally a leafy lettuce variety native to Europe. Growing endive to be white was discovered in the 1850's at the Brussels botanical gardens. Endive - or witloof (literally white leaf) are grown in a dark environment. In WWI and WWII the import of coffee greatly suffered and was rare to come by. As a substitute the root of endives would be ground and used as a replacement for coffee. Interestingly, endive is a Belgian vegetable with Belgium exporting the vegetable to over 40 countries, but France is the largest producer!
*Leeks, while super popular in Northern Europe, are not native to it. As evidenced by pictures on the walls of Egyptian tombs, it's likely this vegetable was cultivated as early as ancient Egypt. Just like 'garlic', the name 'leek' comes from the old English word leac. Leeks are from the onion variety, but much sweeter. Perhaps that's the very reason why they were used as a means of trading in ancient Egypt? I don't know! Let's just head to the kitchen, shall we?


Ingredients and preparation - Baked Salmon Roll with Endive and Leeks 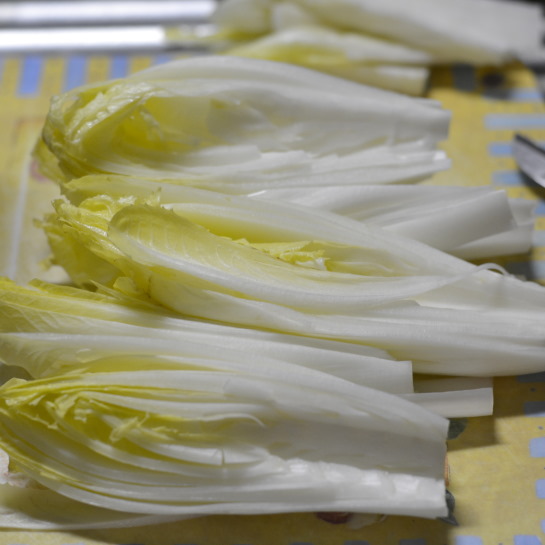 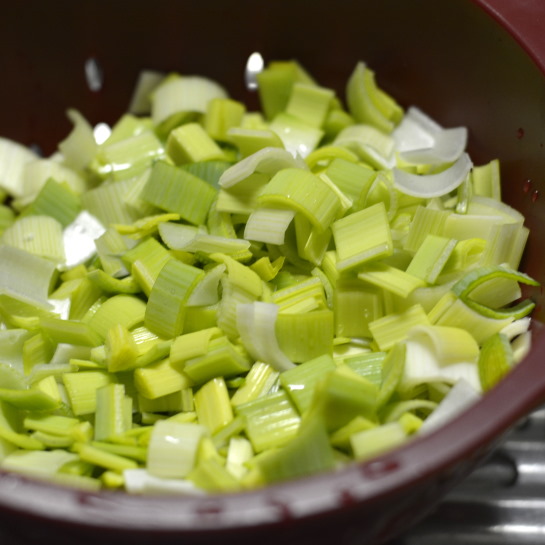 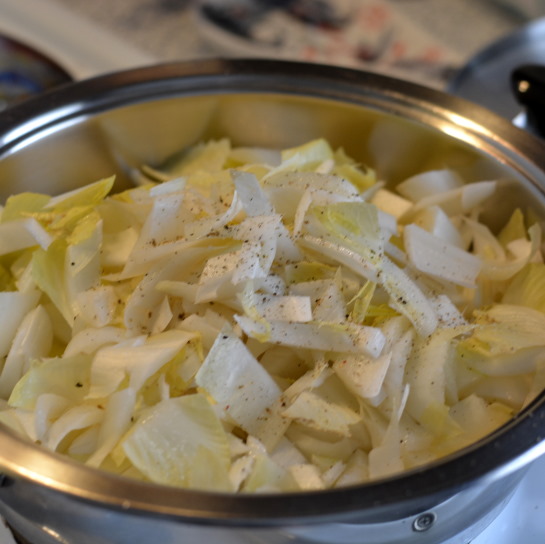 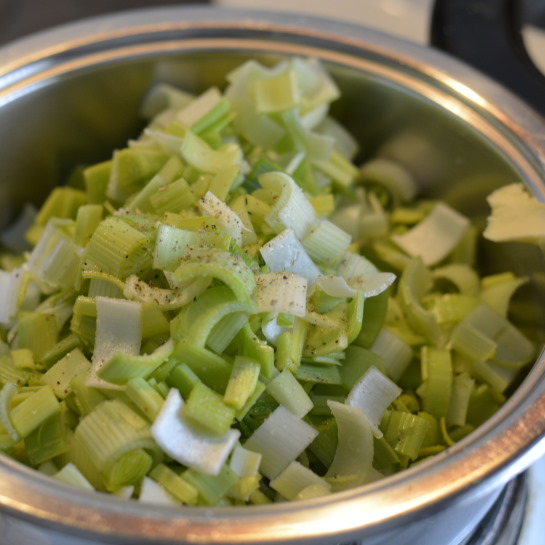 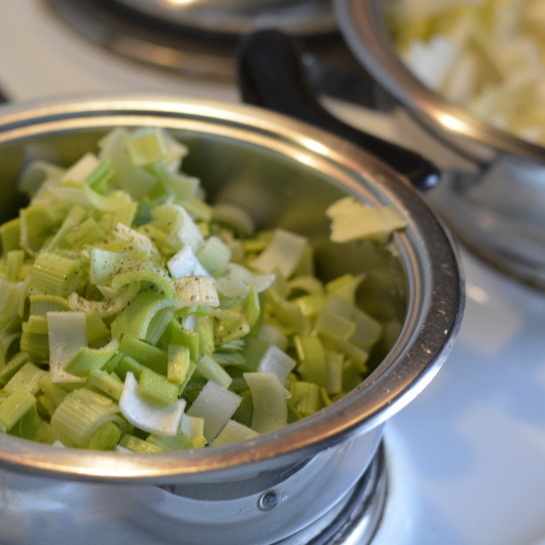 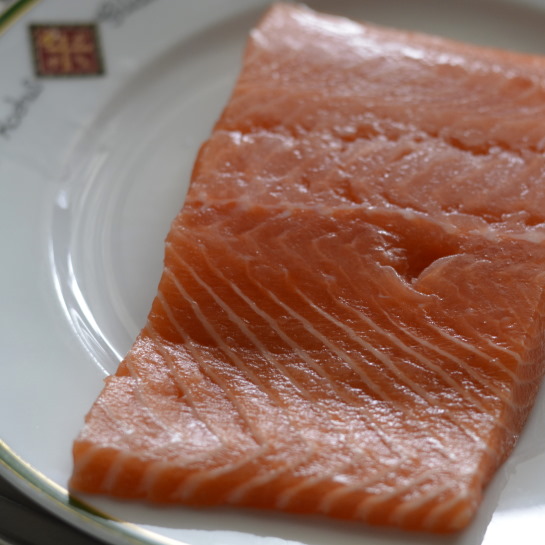 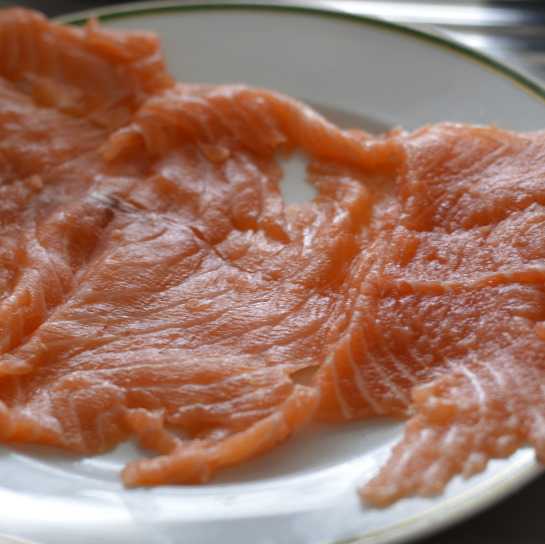 The tricky part of this recipe is to slice the salmon oven to form a large rectangle. Use a sharp knife. 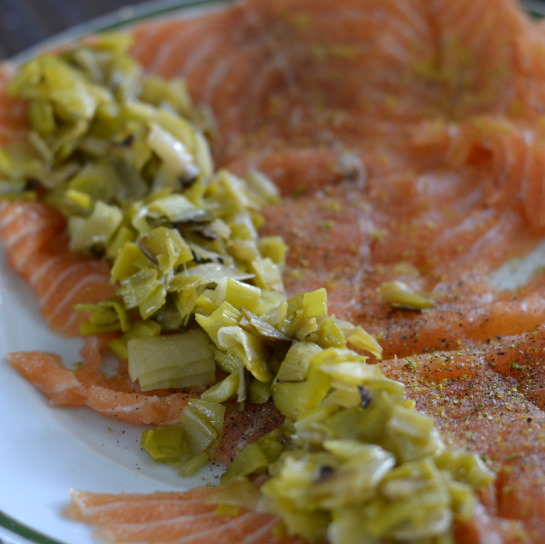 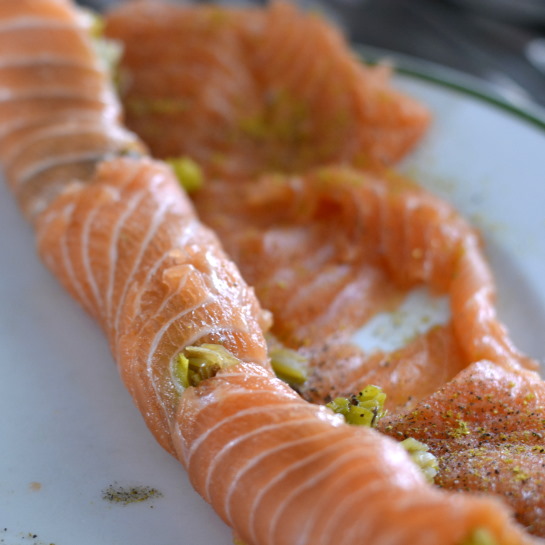 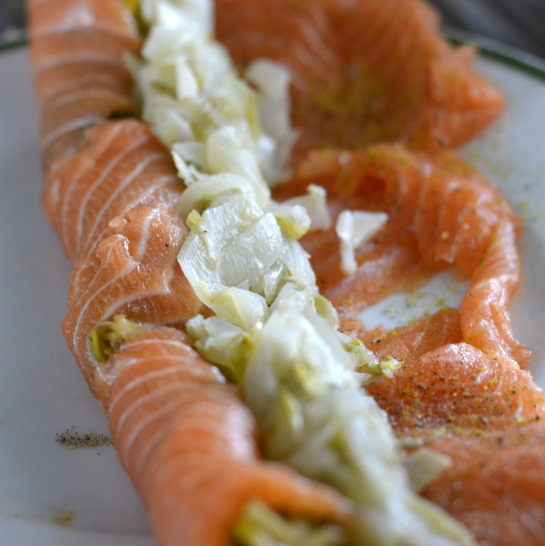 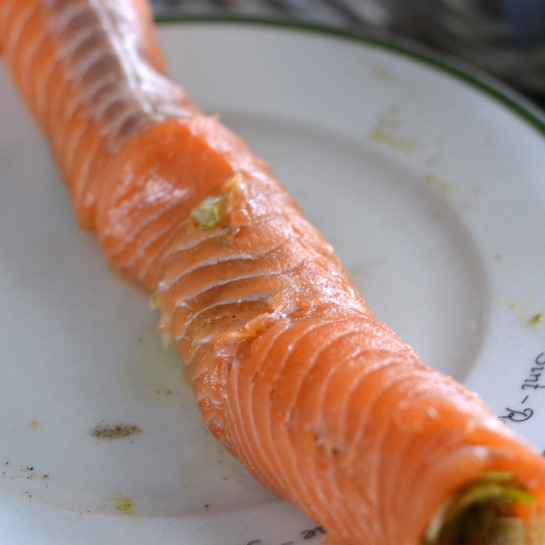 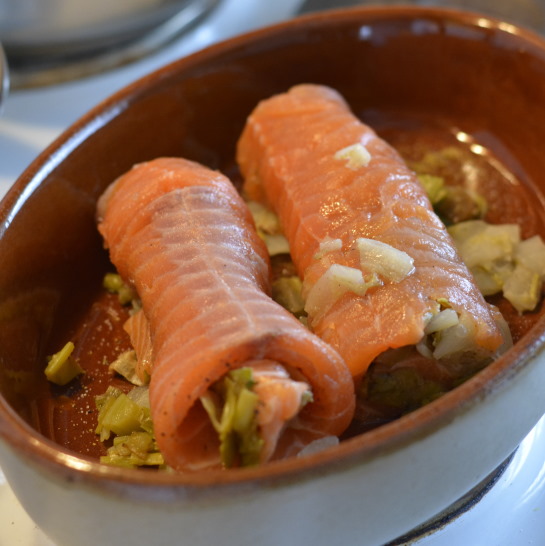 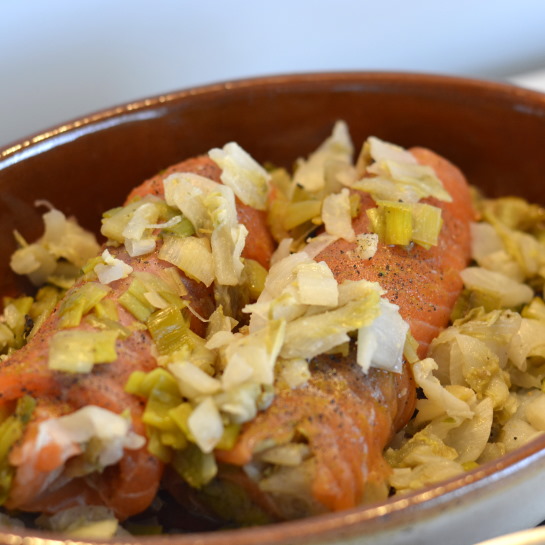 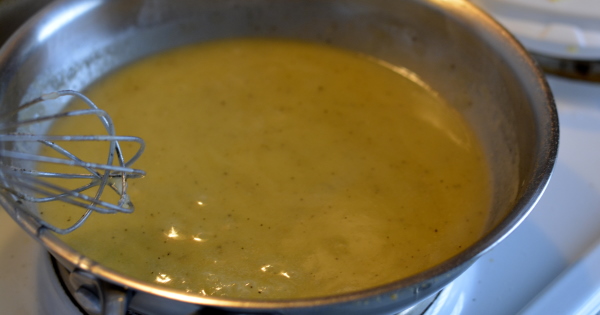 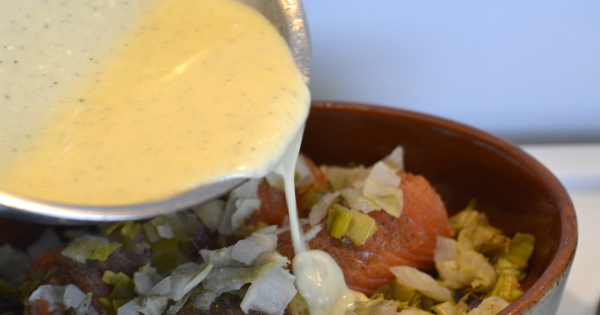 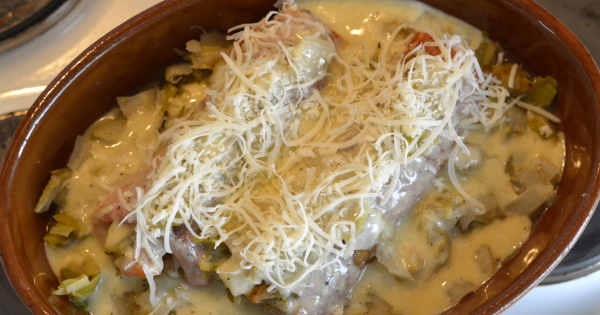 NOTE!!!! Make ahead of time
You can easily prepare this dish to pop into the oven as you're entertaining guests. When you do, make sure everything is cooled completely before assembling the dish. Make sure the veggies and the sauce are completely cold before incorporating with the fish. Then cover will and store in the fridge until you set the oven to preheat. Also note that if you really don't want to make the sauce, you can probably purchase pre-made lemon sauce from the seafood section at the grocery store (the refrigerated kind) - but making the sauce yourself will be epically better! 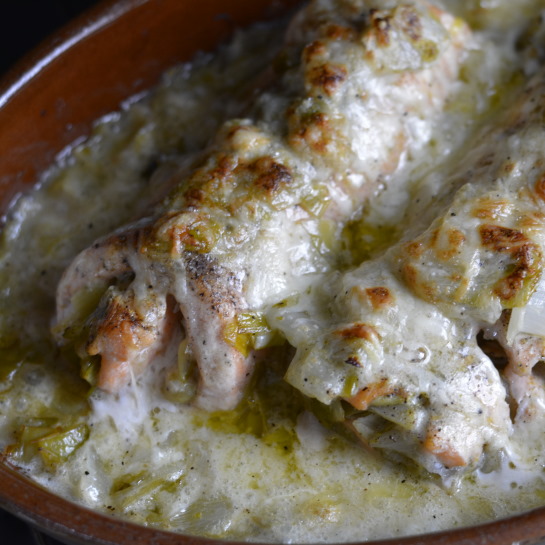 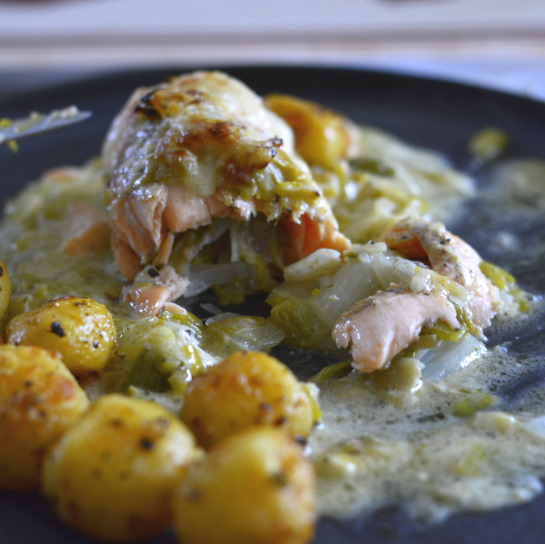 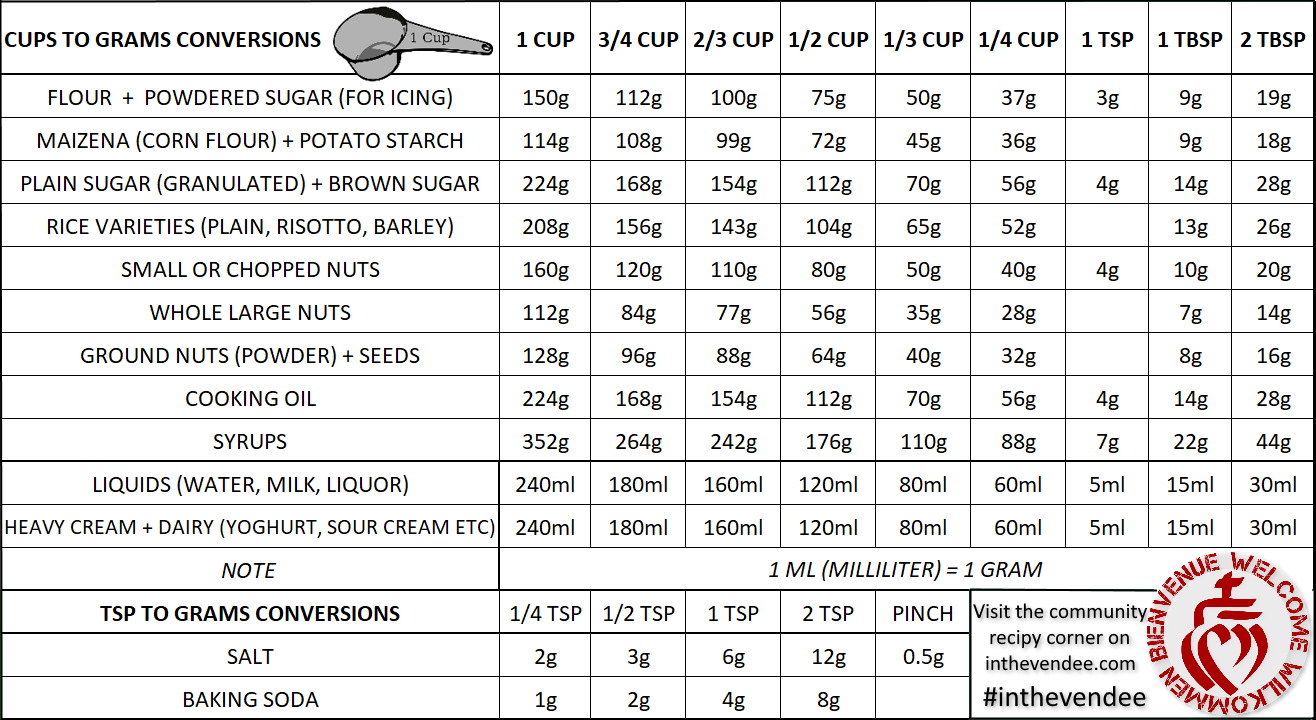